Uzbekistan to show the path for India to unlock Central Asia

Uzbekistan to show the path for India to unlock Central Asia 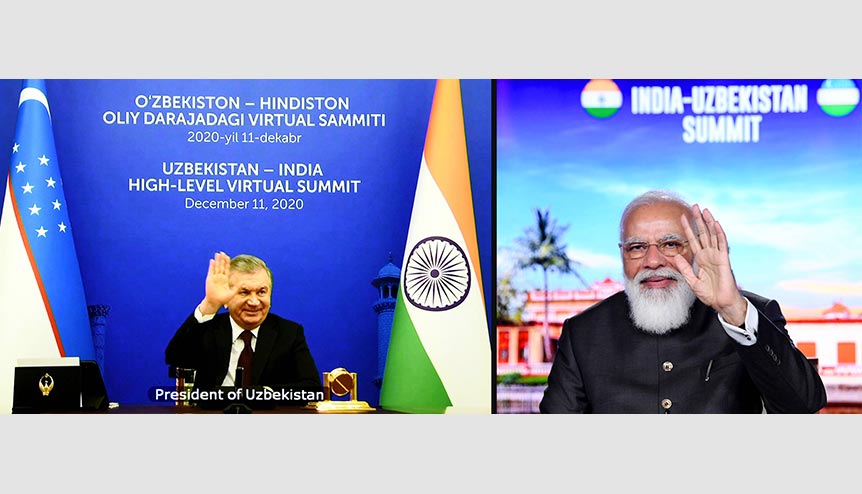 New Delhi and Tashkent are making concerted efforts at improving bilateral relations. If it succeeds it will set the template for other countries in the region. 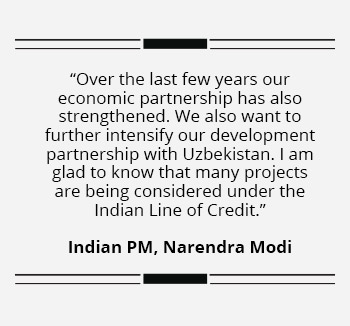 India and Uzbekistan held their first virtual bilateral summit, which was also the first such meeting for India with any Central Asian country, which saw the signing of nine agreements for cooperation in a range of areas like new and renewable energy, digital technologies, cyber security and in sharing of information on movement of goods.

The meeting happened barely a month after the second meeting of the India-Central Asia dialogue, which indicates the increasing importance of the region for India. During the meeting that was attended by heads of states of both countries–India’s Prime Minister Narendra Modi and Uzbekistan President Shavkat Mirziyoyev, it was also decided to step up efforts to conclude the bilateral investment treaty which is currently being negotiated. 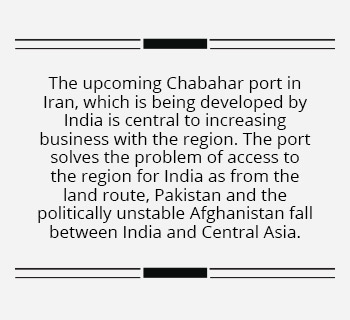 “Over the last few years our economic partnership has also strengthened. We also want to further intensify our development partnership with Uzbekistan. I am glad to know that many projects are being considered under the Indian Line of Credit,” Prime Minister Narendra Modi said in his opening remarks at the summit.

“We are ready to share India’s expertise and experience in compliance with your development priorities. India has immense potential in areas such as infrastructure, IT, education, health, training and capacity building, which can be of much use to Uzbekistan. The establishment of a Joint Working Group on Agriculture between our two countries is a notable and positive step. This shall facilitate opportunities to expand our mutual agricultural trade helping the farming community of both the countries.” 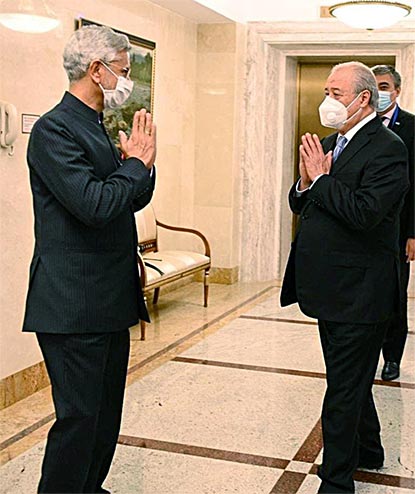 External Affairs Minister Dr S Jaishankar greets Foreign Minister of Uzbekistan Abdulaziz Kamilov. The potential for an increase in bilateral trade is high which explains why a target of a four-fold increase to $ 1 billion has now been set up.

Though both countries had upgraded their relationship into a strategic partnership almost a decade ago in 2011, it got the real impetus only after Modi came to power in 2014. His visit to the country in 2015, which was part of a whirlwind tour where he went to the other four Central Asian countries as well set the stage for increased proximity with the region. It was followed by President Miriziyoyev’s twin visits to India in 2018 and January 2019 when he attended the Vibrant Gujarat summit. The latter led to the signing of the agreement on long term purchase of uranium from Uzbekistan by India. In all, Modi and Mirziyoyev have now met 7 times in the last 5 years.

On the back of the bilateral developments in these last few years, trade of just $ 247 million between the two countries seems underwhelming. The potential for an exponential increase is high which explains why a target of a four fold increase to $ 1 billion has now been set up. The upcoming Chabahar port in Iran, which is being developed by India is central to increasing business with the region. The port solves the problem of access to the region for India as from the land route, Pakistan and the politically unstable Afghanistan fall between India and Central Asia. India, Iran and Uzbekistan also held their first trilateral on this issue on December 14.

These efforts at enhancing ties with Uzbekistan are not an isolated instance but as part of India’s larger outreach to its extended neighborhood. Part of its eight-year old Connect Central Asia policy that seeks to expand the ambit of India’s sphere of influence beyond its immediate neighbourhood, it has emerged as a priority area in the second tenure of the Modi administration.

The five stans that comprises of Kazakhstan, Turkmenistan, Tajikistan, Kyrgyzstan besides Uzbekistan, sit at the heart of Eurasia and historically comprise half of the ancient Silk Route. Its strategic importance in geopolitics has made it a subject of the Great Game with active players like the big European nations, US, Russia and China. The collapse of the Soviet Union in 1991, which led to the birth of these nations, saw them battling low economic growth and high inflation. This in turn made them dependent on the outside world especially China. 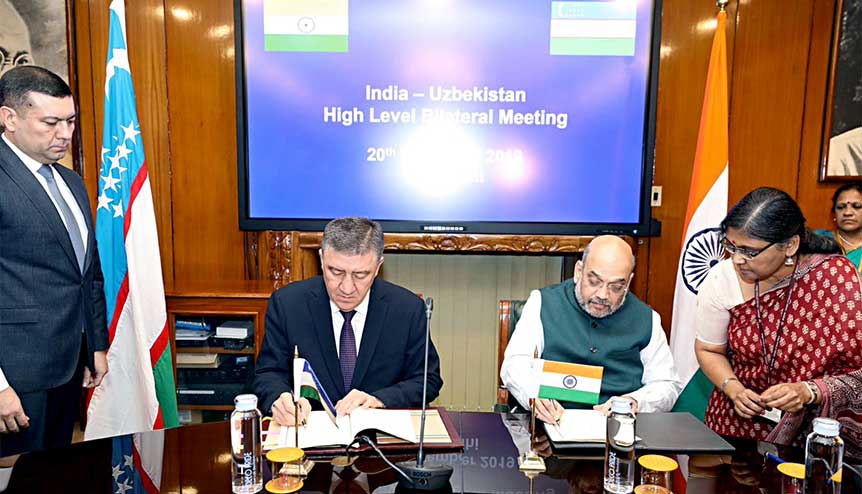 Union Home Minister Amit Shah and Minister of Internal affairs of Uzbekistan Bobojonov Pulat Razzakovich during a high-level bilateral meeting. India and Uzbekistan are looking for ways to improve connectivity and ensure that ties reflect potential for growth.

In recent times though, fears of a debt trap has made the countries wary of China and India has emerged as one of the main contenders as an alternative. As the fastest growing economy in the region, Uzbekistan’s ties with India also shows the most potential for growth. The increased outreach that is likely to lead to better connectivity may set the template that could be replicated with the other countries in the region. For India, the road to the heart of Asia is likely to start with Uzbekistan.