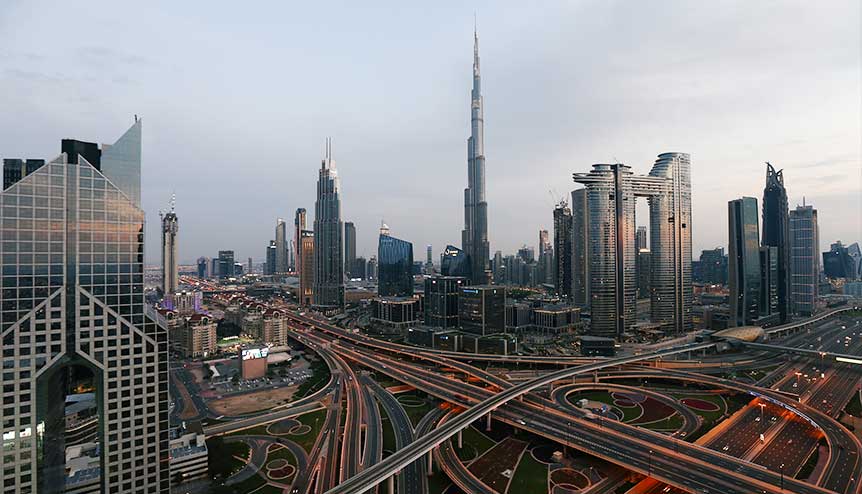 The pillars of energy trade that forms the backbone of mutual investments have been strengthened in recent years by the phenomenal outreach between India and the Gulf governments. 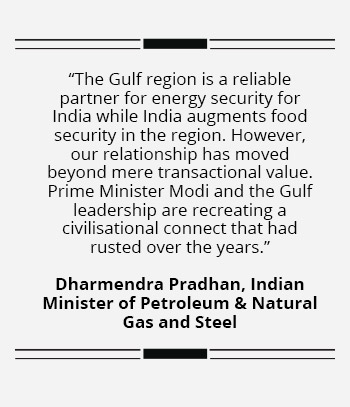 For all the diversification of bilateral trade between India and the Gulf states, the backbone of investments between them has been the hydrocarbon sector. For 2019-20, India’s hydrocarbon trade with the Gulf region was worth $62 billion, more than 36% of the total hydrocarbon trade – underscoring the critical significance of energy security that forms the fundamental matrix of relations between the two.

However, the pillars of that security have been strengthened in recent years by the phenomenal outreach between India and the Gulf governments, evolving the centuries-old bond between people into an unprecedented strategic contact between governments.

India & UAE have accelerated the momentum of cooperation and elevated their bilateral relationship to a strategic level. India’s growing interest in the gulf region driven by it’s energy stakes is an important factor for exploring tremendous possibilities of mutual cooperation. pic.twitter.com/QLsnac9aPr

“In 2017, when the Abu Dhabi Crown Prince Sheikh Mohammed bin Zayed Al Nahyan alighted from his plane at New Delhi, Prime Minister Narendra Modi broke protocol to receive him with a warm hug. Two years later, he did the same with Saudi Arabia’s Crown Prince Mohammed bin Salman,” noted Dharmendra Pradhan, Indian Minister of Petroleum & Natural Gas and Steel. “These are not isolated incidents but indicate a fundamental reset in the relations between India and the Gulf states, the contours of which are defined by camaraderie, mutual respect and a high degree of trust,” Pradhan wrote in Economic Times. 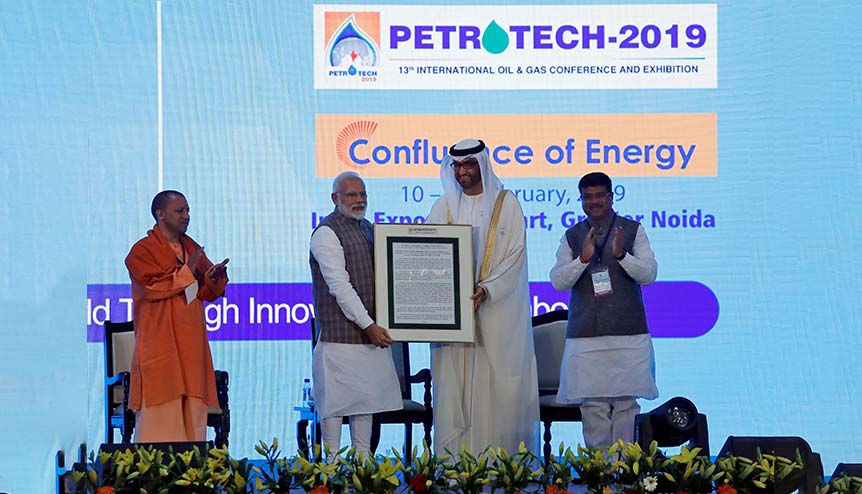 Indeed, from the prospect of Saudi Arabia and the UAE partnering India in the next phase of the Strategic Petroleum Reserves (SPR) programme to the historic agreement during Prime Minister Modi’s visit to the UAE in which a consortium of Indian oil companies were awarded a 10% interest in Abu Dhabi’s offshore Lower Zakum concession, the contours of energy trade relations between India and the GCC states have undergone a fundamental transformation in the past few years – and the coronavirus pandemic has served as a further catalyst of that change in the past few months.

In October, for instance, Indian engineering conglomerate Larsen & Toubro announced that it was growing its portfolio of power and water projects in the GCC region, which also included its first large-scale renewable energy project. The $21 billion company said in a press statement that its Power Transmission & Distribution (PT&D) business was implementing 73 substation projects in the Gulf for a wide variety of clients that include the Dubai Electricity and Water Authority (DEWA), Transco, SEWA, and AADC in the UAE, and SEC and Saudi Aramco in Saudi Arabia. 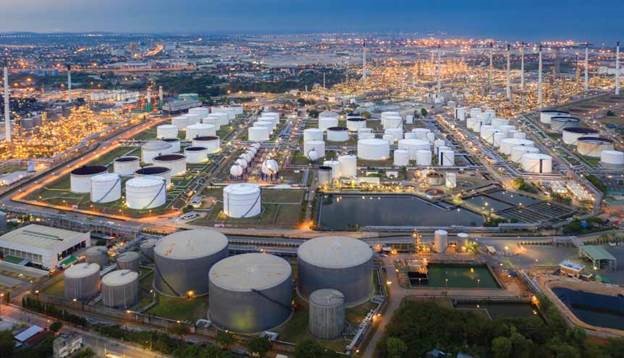 India can be much bolder in its engagement with the Middle East, and particularly the Gulf. After Covid-19, the region will need much more investment, both in hydrocarbons and renewable energy.

But the deeply-entrenched relations have also moved beyond the transactional.

When Sheikh Sabah Al-Ahmad Al-Jaber Al-Sabah, the Emir of Kuwait, passed away in September, the Indian government declared a day’s state mourning throughout the country – a gesture that was much appreciated in Kuwait. Similarly, when PM Modi announced a new scheme of providing three LPG cylinder refills to disadvantaged sections of Indian families free of cost during the pandemic, it was the UAE which supported India to help meet an urgent need to ramp up LPG supplies. “This personal touch between the top leaderships paid rich dividends in the crisis that ensued globally after the Covid-19 disease became a pandemic,” said Pradhan.

Moving to a new energy mix 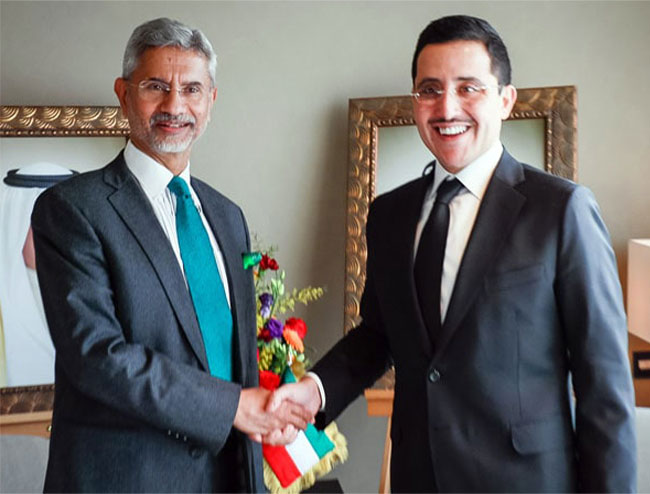 India’s external affairs minister Dr. S Jaishankar with his Kuwaiti counterpart Sheikh Dr. Ahmed Nasser Al-Mohammad Al-Sabah. The two countries are coming closer than ever before and India’s energy needs are at the cornerstone of this relationship.

With India making concerted efforts to move away from the traditional energy mix of coal, New Delhi’s endeavor to pave the way for international trade agreements facilitating energy imports and establishing trade routes for new energy mix will become major components of its energy security.

“India can be much bolder in its engagement with the Middle East, and particularly the Gulf. After Covid-19, the region will need much more investment, both in hydrocarbons and renewable energy. With its rich solar resources, it could export electricity and/or hydrogen to India, which needs both clean electricity and reasonably priced gas to replace polluting coal,” said Robin M. Mills, the CEO of Qamar Energy and the author of The Myth of the Oil Crisis. 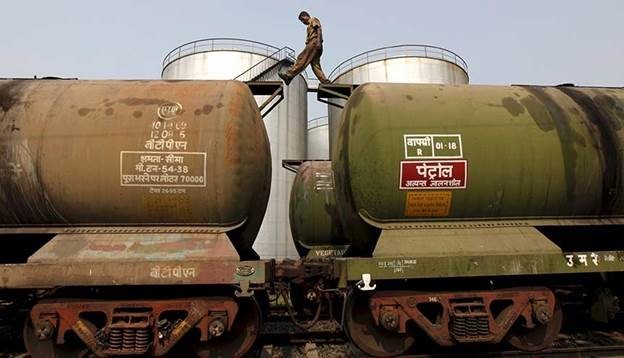 India is set to play a critical role in ensuring the security of oil and gas supplies as the Middle East faces geopolitical realignment and energy technology transformation.

As the closest of all the great powers to the Gulf – less than four days sail from Fujairah, the UAE’s Indian Ocean port, to the world’s largest refinery in Gujarat’s Jamnagar – India is thus set to play a critical role in ensuring the security of oil and gas supplies as the Middle East faces geopolitical realignment and energy technology transformation. And Indian continues to relish that role within the framework of the larger strategic engagement with the GCC.

“The Gulf region is a reliable partner for energy security for India while India augments food security in the region. However, our relationship has moved beyond mere transactional value. Prime Minister Modi and the Gulf leadership are recreating a civilisational connect that had rusted over the years,” said Pradhan.