Skip to content
As Iran goes dry, India hunts for oil in Kuwait and Qatar 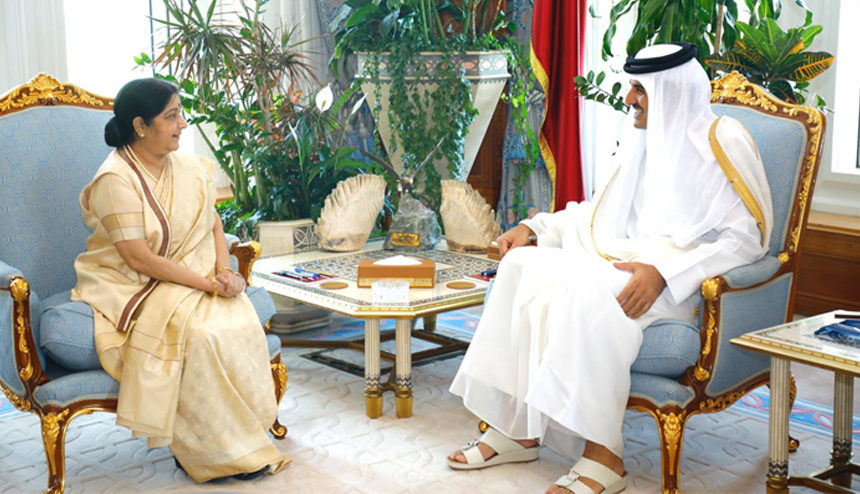 The decision by the Trump administration in the US to unilaterally exit from the Iran nuclear deal of 2015 earlier this year is forcing India to look at other alternatives — old and new, to fill in for Iran.

India imported 22.6 million tonnes of crude from Iran in 2017-18, which was its third biggest  supplier of oil after Saudi Arabia and Iraq. This fiscal, the initial plan was to import over 25 million tonnes of crude from the middle-eastern nation. India is world’s third largest consumer of oil after China and the US and it imports more than 82 per cent of its crude oil requirement every year.

In the first seven months of the fiscal so far — April-October, around 17.7 million tonne of oil was imported from Iran, a growth of nearly 34 per cent over last year. The buoyancy of imports from Iran so far means India may still end up buying more oil from Iran in 2018-19 than in 2017-18. Yet at the same time, there has been some moderation in shipment from Iran in the wake of the announcement of US sanctions. According to preliminary data, India imported 466,000 barrels per day from Iran last month, a marginal decline over October 2017 and nearly 12 per cent less than in September 2018.

This is likely to intensify further. While the US administration  has granted exemption to India to continue buying oil from Iran beyond November 4 for a period of six months, the waiver comes with riders. India would still need to significantly reduce its imports to a maximum 1.25 million tonnes per month or 300,000 barrels per day, almost a third less than what it imported in October. India’s dependence or its consumption of crude isn’t likely to diminish– its demand for fuel grew by 4 per cent in October despite the high prices. In effect, diminished supplies from Iran will eventually create a vacuum that would mean finding newer sources of oil to compensate for the balance or increasing imports from other established oil suppliers like Kuwait and Qatar.

“Reduction of Iranian barrels from international markets would bring in some supply void. It will be interesting to observe till what level the US, OPEC and its allies will be able to bridge the gap. Iran was producing 3.8 mbpd in CY17 which is 4% of the world crude oil supply,” said research firm CARE Ratings in its October 19 report. “Given the spare capacity with Saudi and Russia and eventual removal of bottlenecks for the US shale production, we see the void to be filled up leading to an eventual stabilisation of crude prices in the long term. In the short term once the sanctions have come into play, price of Brent could once again cross $85 given the sentiment of losing a major oil producer, the rising tensions between US and Saudi on the impeding resolution of the missing Saudi journalist, onset of the winter months and the supply outages in the Libya and Venezuela which are still continuing could keep the prices of oil elevated for a while unless the US is able to raise its production from its Permian and Eagle Ford basin.”

“India’s energy basket has multiple sources now. Our focus will be to see that our requirement is not affected, and to ensure this, we will do what we have to do,” said Dharmendra Pradhan, Minister for Petroleum and Natural Gas last month.

India’s external affairs minister Sushma Swaraj also made a four-day official trip to Kuwait and Qatar precisely to strengthen bilateral trade ties with India. Both countries are big suppliers of crude oil and natural gas to India. Qatar supplies  50 per cent of India’s natural gas imports. The two countries had a bilateral trade of $ 9.9 billion in 2017-18.

Similarly, Kuwait was the ninth largest oil supplier to India in 2017-18 accounting for 4.6 per cent of the country’s oil requirement. Bilateral trade between the two nations stood at $ 8.53 billion during the fiscal, a 44 per cent growth over 2016-17.

There is, however, clearly scope for Kuwait to supply more. At one point in time not too long ago, Kuwait held the position that Iran holds today of being the third largest supplier of crude in 2013-14. The easing of sanctions against Iran and it incentivizing supplies to India by extending credit up to 60 days for Indian refiners led to a reduction in imports from other Middle Eastern nations and a subsequent increase in supplies from Iran. Kuwait had supplied 17.9 mt of crude in 2014-15, but it came down to 11 MT in 2015-16 and 9.8 MT in 2016-17.

Among all OPEC nations, Kuwait’s economy is also more reliant on oil. However, that alone is no guarantee it would give India a preferential treatment. Following the easing of supply concerns in lieu of the sanctions on Iraq, oil prices have cooled off to less than $70 per barrel. A reduction in crude prices is much welcome in India at a time when the rupee is also vulnerable against the dollar but the joy maybe short-lived. Already Saudi Arabia has announced a cut in its production of upto 50,000 barrels per day purportedly to shore up prices. Others may be inclined to follow suit and a clearer picture will emerge closer to OPEC’s meeting in the first week of December. The instability in oil prices demonstrates the confusion over whether the oil market today is a buyer’s or a seller’s market.

“The current respite which has been witnessed with the price falling below the $ 80 mark (mainly due to higher US stocks) will have to be watched carefully in the coming days,” says CARE Ratings in its report.  “OPEC and its allies may not immediately increase supply in the short run on fears of facing another supply glut in the oil economy.”

Other factors including inter-region rivalries may have a role to play. India has not been very prudent on that count. The Arab world has been deeply divided on the issue of Iran’s nuclear program and India’s ambiguity on that has been a diplomatic sore point. While India has been able to balance its neutrality on Iran with the US, it has not had the same success with the regimes in other parts of the middle-east.

For now, given the waiver from US and the fall in global Brent prices, the situation is finely poised in favour of India. A cut in production by OPEC from December however, is likely to rally prices all over again.  Either way, India will soon have to take a long-term stance on its Middle East strategy if it has to rely on other OPEC countries to fill in for Iran on a sustainable basis.