From FDI to culture, India-Singapore ties blossom amid pandemic

From FDI to culture, India-Singapore ties blossom amid pandemic 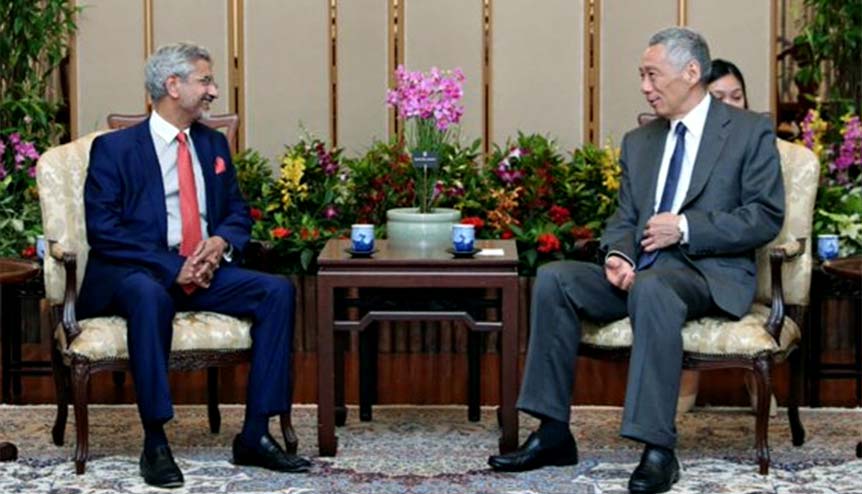 Singapore PM Lee Hsien Loong vows to deepen alliances between ASEAN and India, working with PM Modi as the strategic partnership between the two countries makes progress across several areas and is driven by ministers from both countries.

Prime Minister Narendra Modi’s ‘Act East’ policy has helped unlock India’s full potential through greater openness and integration with the region, and Singapore as the coordinator of ASEAN-India dialogue relations is committed to deepening the partnership between Asian partners and India, the Prime Minister of Singapore has said.

“This volume is a timely reminder that to Singapore, India will always be a valued friend and partner. I know these sentiments are reciprocated by our Indian friends too.”
PM @leehsienloong at the book launch of “India On Our Minds”.@MEAIndia @PMOIndia https://t.co/c8WpGyFv9m 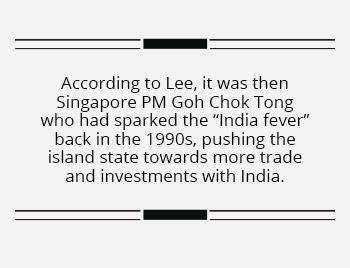 Since the early 1990s liberalization and restructuring of the Indian economy, Singapore’s investments in India have increased fivefold between 1995 and 2000, said Singapore PM Lee Hsien Loong, who first visited the Indian sub-continent in 1992 when he was deputy prime minister. Those deepening economic relations have now blossomed with a full-scale strategic engagement with India, Lee said.

He was speaking at the launch of a book on Singapore-India relations, titled India On Our Minds, at the National University of Singapore. 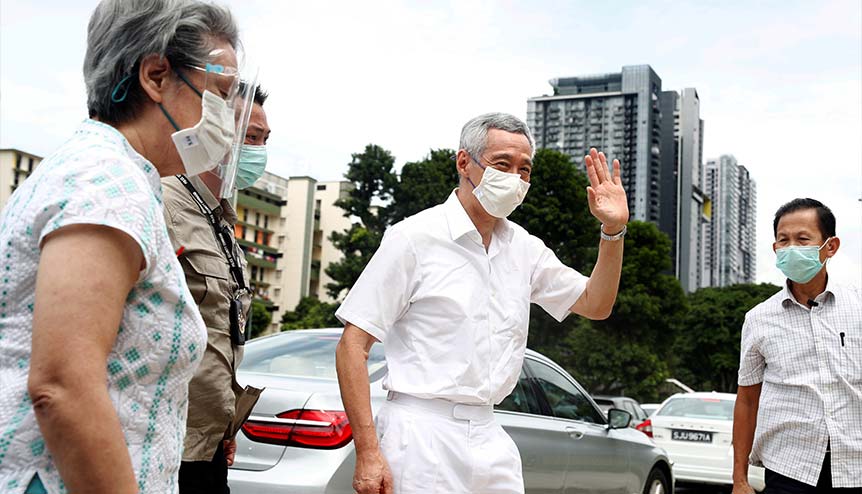 Singapore PM Lee Hsien Loong and his wife Ho Ching at a polling station during Singapore’s general election. The premier leader believes that India’s ties with Singapore are strong, substantive and broad-based.

According to Lee, it was then Singapore PM Goh Chok Tong who had sparked the “India fever” back in the 1990s, pushing the island state towards more trade and investments with India.

Noting that the trading and cultural ties between the two countries go back by centuries, with Indian merchants being among the first to develop commercial ties with Singapore and Southeast Asia, Goh observes in the foreword of the book that today, India’s relations with Singapore are strong, substantive and broad-based. “I ‘infected’ Singapore with a ‘mild India fever’. The fever did not become full blown but I never lost faith in India,” Goh writes.

Nearly a quarter of a century after PM Goh received the same honour, India’s relations with Singapore came full circle with PM Modi inviting all Asean leaders to New Delhi as chief guests for India’s Republic Day parade in 2018.

HC Simon Wong delivered the keynote at #SWITCHxSFF Country Spotlight on India today. He spoke on how tech is enhancing financial access, MSME competitiveness, and supply chains in India, and highlighted the opportunities for SG businesses and investors.@FinMinIndia @investindia pic.twitter.com/7FgGYxgf3T

Today, India is a major player on the world stage, wielding significant influence at international fora while simultaneously deepening cooperation with Singapore in defence, technology, finance, culture and other strategic areas, Lee said. “Debates on the major strategic issues of the day – climate change, World Trade Organisation reform, security in the Indo-Pacific – are not complete without India at the table and playing a constructive role,” the Singapore PM said.

Delighted to address the ASEAN Defence Ministers’ Meeting- Plus on the 10th anniversary of its foundation.

We appreciate the central role of ASEAN-led forums, including ADMM Plus in promoting dialogue and engagement towards a pluralistic, cooperative security order in Asia. pic.twitter.com/9t58uuGogy 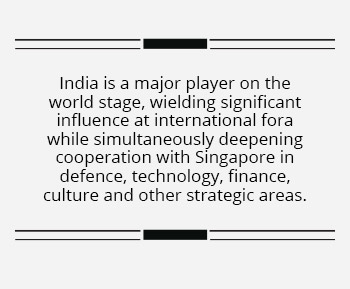 According to Jawed Ashraf, former Indian High Commissioner to Singapore, PM Modi’s three-day visit to Singapore in 2018 went a long way in enhancing India’s presence in the ASEAN region.

“PM Modi’s visits to Singapore went a long way in enhancing India’s presence in the region, in sending a strong signal of our commitment to the region and in several concrete outcomes that have significantly deepened India’s strategic partnership with Singapore and ASEAN,” he said during his farewell interview.

It was a pleasure to discuss india Singapore bilateral relations and India ASEAN relations with Mr.Stanley Loh. Look forward to working with Singapore to strengthen our relationship. @MFAsg @SGinIndia https://t.co/z1xsSjuc1F

The India-Singapore strategic partnership made progress across several areas and is driven by all the ministers on both sides, he said. “I believe it has enormous potential for growth, which can bring great economic and strategic benefits to Singapore and India.” he added. 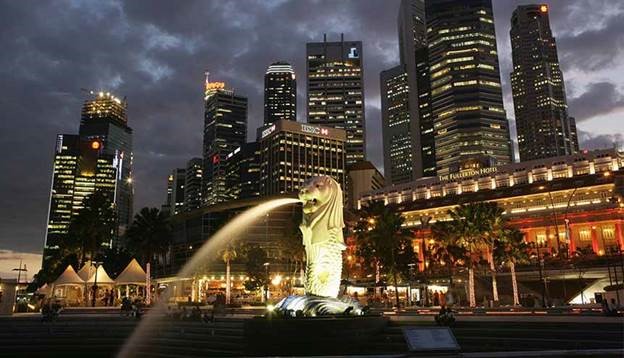 Singapore has been among the biggest contributors towards FDI equity inflows to India this year investing around $8 billion into India between April and September 2020.

Even amid the pandemic, India and Singapore have been unwavering in their mutual support, with the latter among the biggest contributors towards FDI equity inflows to India this year. According to data published by the Department for Promotion of Industry and Internal Trade (DIPP), Singapore has invested around $8 billion into India between April and September 2020, while in the fiscal second quarter alone, India received $28 billion of FDI including equity inflows, re-investment earnings, and other capital.

“Prime Minister Modi’s ‘Act East’ policy expresses his intention to unlock India’s full potential through greater openness and integration with the region… We held the ASEAN-India Commemorative Summit, and adopted the Delhi Declaration. As Singapore commences our term as coordinator of ASEAN-India dialogue relations next year, we look forward to deepening the partnership between ASEAN and India,” said Singapore PM Lee.