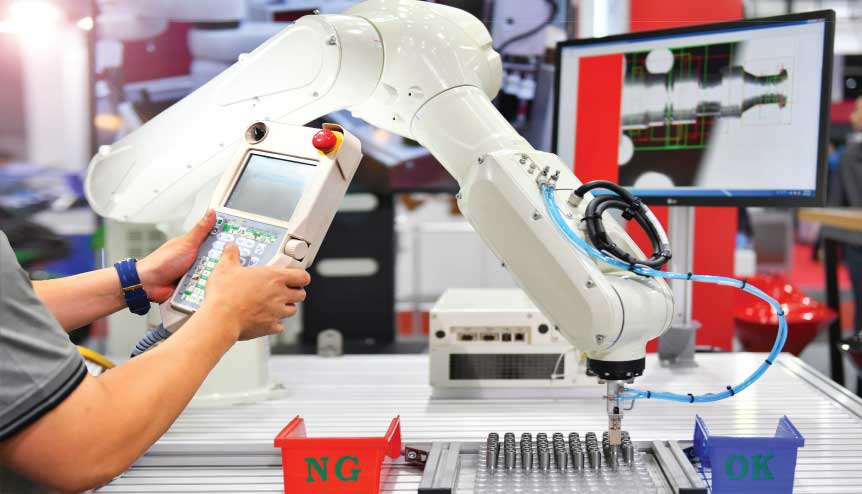 The recent spike in engineering exports to Singapore, is just proof that the two nations have continued strengthening age old ties through the pandemic.

In keeping with the reinforcement of an age-old, multi-faceted relationship Singapore has now replaced the US as India’s top market for engineering exports in April with numbers rising a staggering 95 per cent to $553 million from a year earlier.

According to a report in Reuters, who spoke to traders, India’s overall engineering exports, comprising industrial machinery and auto parts, constitute nearly a quarter of total goods exports.

Related stories: What makes Singapore a hub for Indian investments

Ravi Sehgal, chairman of the India’a Engineering Export Promotion (EEPC), “Singapore has replaced the US as the number one destination for Indian engineering exports.”

India is due to release monthly trade data for May next week.

Singapore imports electrical machinery, components, aircraft and ship parts and non-ferrous metal from India, the trade body said, adding there was a more than five-fold rise in exports of non-ferrous metal to Singapore in April from a year earlier.

Singapore has emerged among the top 10 destinations for Indian engineering exporters, with exports of more than $80 billion in 2018/19. With FDI inflows of $14.67 billion it is the largest source of foreign fund flows in India for the second financial year in a row, despite being down from $16.22 billion in 2018-19.

Some relationships between countries stand the test of time. The bonds between India and Singapore are no different. Both countries have served notice of their status as modern-day global citizens but in reality, the affiliation between these two nations dates back in history to the time of the Chola dynasty.

There were always going to be a scratching of heads when trying to draw a link between India and Singapore but this began during the reign of the Tamil Nadu based Chola Dynasty, a southern India kingdom, which was one of the longest ruling dynasties in the history of the world. 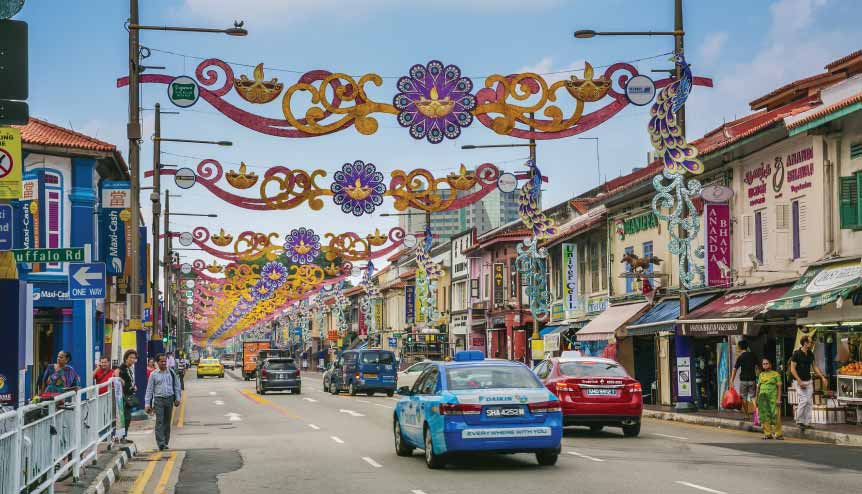 The Cholas left a lasting legacy, in part through their form of governance and also through their patronage of culture, arts, literature and architecture. They promoted a centralised form of government and established an efficient bureaucracy. Their nurturing of the arts spread far and wide to southeast Asia and resulted in an influence of art and architecture in Southeast Asia.

The formation of Singapore

That was ancient history. Step up Sir Stamford Raffles in 1819 and he established a trading station in Singapore en route to the Straits of Malacca, in Malaysia, which was colonised by British India and governed from Calcutta (now Kolkata) in West Bengal, India from 1830-1867. Over time, Singapore made its presence known and its colonial influence was illustrated by the emulating of institutions and practices, the use of English and the gradual presence of a large Indian community. 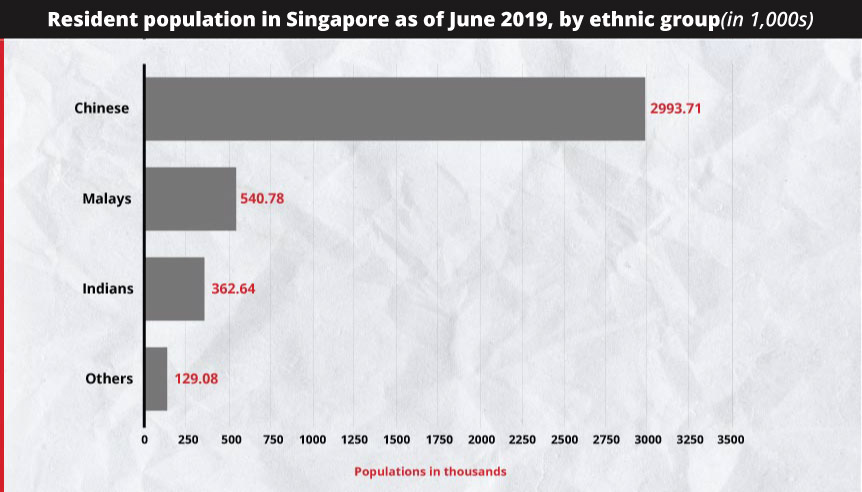 In keeping with this relationship, India was one of the first countries to recognise Singapore in 1965. What followed was a friendship that has stood the test of time, through the decades, across multiple platforms. The endorsement of this commenced with India announcing economic reforms in 1990s and the Look East Policy which provided opportunities to recreate a new framework for cooperation, which included the Comprehensive Economic Cooperation Agreement (CECA) of 2005.

More recently, the union between the two countries was elevated to a Strategic Partnership during the visit of Indian Prime Minister Narendra Modi in 2015. At least 9 bilateral documents were concluded during this trip. Modi signed a Joint Declaration on a Strategic Partnership with Singapore Prime Minister Lee Hsien Loong, on the occasion of the 50th anniversary of the establishment of diplomatic relations.

Bilateral ties have been based upon the doctrines of shared values, economic prospects and union of interests on key issues. There is frequent political engagement and cooperation in defence is particularly strong. Economic and technological ties are wide. Cultural and human links are also very lively.

There are more than 20 regular bilateral mechanisms, dialogues and exercises and both countries are members of numerous forums both regional and international. 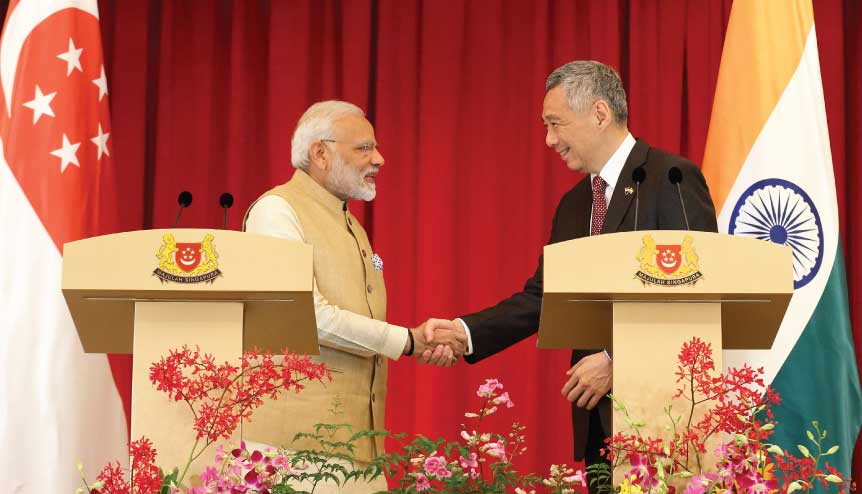 India and Singapore have never paused in strengthening their association. PM Modi revisited the island nation twice in 2018 and, according to the Ministry of External Affairs, this resulted in a flattering 35 concrete outcomes in the form of MoUs, agreements and initiatives. Platforms like skills development, including one for collaboration in setting up the first Indian Institute of Skills; public administration and governance; urban planning and development, including in waste management and water recycling; trade and investment promotion; and, logistics and infrastructure took shape. Science and technology and innovation, startups and fin tech emerged as new areas of bilateral engagement as well.

The India-Singapore cooperation is based upon the principles of the 5S Plank formalised in 2014 to enhance and improve bilateral relations.

The 5S concept stands for:

(i) Scale up Trade & Investment 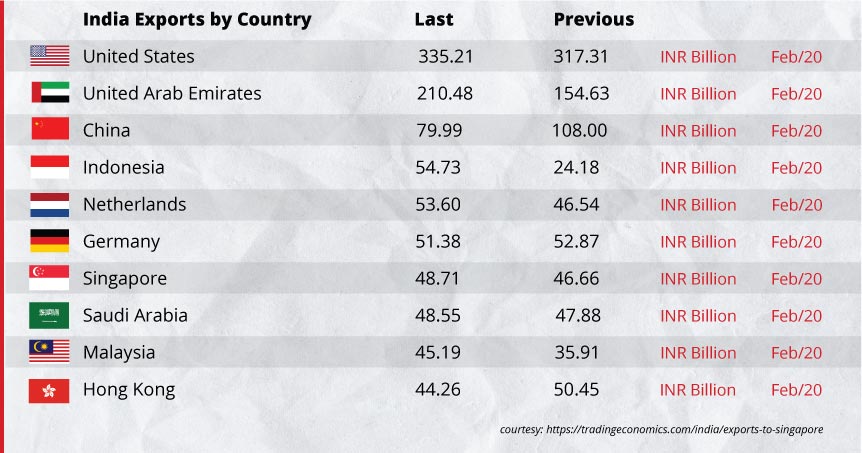 Connectivity is the key

Speaking at a webinar on Friday, organised by the PHD Chamber of Commerce and Industry, in Singapore titled ‘India-Singapore Business Promotion, Challenges and Opportunities – Post Covid-19’ Indian High Commissioner to Singapore Jawed Ashraf opine that India and Singapore would have to boost bilateral trade ties and advance connectivity in a post-corona world. Ashraf asserted that there is a “clear indication to us” that Singapore wants to diversify their supply chains and India is a priority.

Connectivity was, however, high on the agenda once both countries climb out the decline brought about by the pandemic. If normalcy is restored albeit slowly then the tourism and investment sectors would receive a boost. 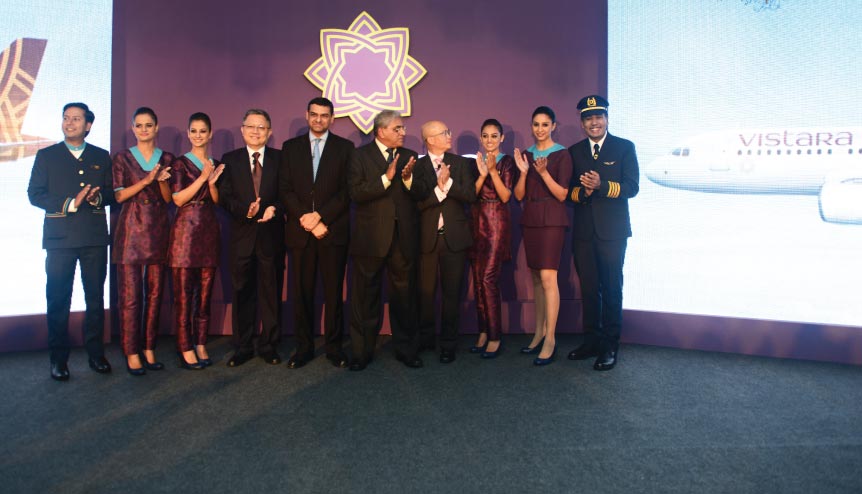 Other areas of focus would be manufacturing pharmaceuticals, electronics, health technology and food processing sectors.

Ashraf added that, “In exports, there is a clear indication to us that Singapore is saying ‘we want to diversify supply chain and you guys are priority’.”

“The immediate area we were looking at was processed and fresh foods, so we are talking about fruits and vegetables, marine products and also dairy products and they (Singapore) want to diversify… and we need to work in this area,” he said.

Self-reliance and being part of the global supply chain are two areas in which India would leverage its ties with Singapore while focusing on geopolitics, evolving trade tensions and the future of supply chains and markets.

“I can see a great opportunity for India as long as we are able to create necessary conditions. We must leverage their capacity to build industrial parks in India through which they can also bring in investments. Another area is developing logistics because Singapore has a great advantage in terms of logistics,” the Indian envoy said.

A vivid example of the positive India-Singapore ties came to the fore when Singapore Prime Minister Lee Hsien Loong had assured Modi that Indian nationals working in Singapore would be taken care of just as other Singaporeans when the COVID-19 pandemic first broke out.