Skip to content
What makes Singapore a hub for Indian investments

What makes Singapore a hub for Indian investments 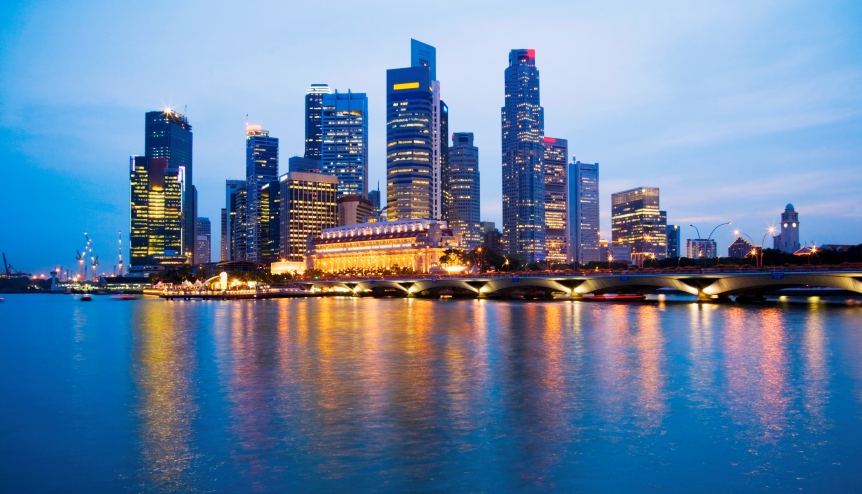 A Singapore-based legal professional throws up the prospect of an India-UK-Singapore investment dynamic within a wider Commonwealth landscape.

The connection between India and Singapore feels, to some extent, effortless. Singapore derives its very name from Sanskrit: “Simha”, meaning Lion, and “Pura”, meaning city, and that sets the context for its very important relationship with India. Nearly 10 per cent of the population of Singapore citizens and permanent residents are ethnically Indian and people of Indian and Sri Lankan origin were one of the constituting communities of the Republic of Singapore.

Tamil is an official language, Indian food is commonplace, a number of Indian languages are regarded as “Mother Tongue Languages” within the Singapore education system and Little India is often fondly regarded as “India outside of India”. This connection has not been without effort though. In the early 1990s, Singapore actively built its trade and investment activities with India. A number of Singaporean entities were involved in the development of India’s infrastructure at that time and this helped such enterprises to build an active presence in India early on.  The connection was further nurtured and built-upon by the signing of the India-Singapore Comprehensive Economic Cooperation Agreement (CECA) in 2005. The CECA created a platform from which the two nations could explore mutually beneficial economic opportunities, including the elimination of tariff barriers, double taxation, duplicate processes and regulations. The CECA also improved collaboration in industry sectors such as science and technology, education and aviation. Airline connectivity between Singapore and India grew as a consequence of this initial economic activity such that Singapore is now highly connected to multiple first and second tier cities across the subcontinent. Due to the early progress that they had made, Singapore’s companies are now at an advantage in the new wave of inward investment in India due to their familiarity, proximity and existing presence in select industry sectors. Singapore has invested in projects to upgrade India’s infrastructure and is helping to develop information technology parks, smart cities and special economic zones.

Over the past decade, Singapore’s total trade with India has increased from S$11.8 billion to S$24.6 billion and Singapore’s investments in India have grown from S$653 million to S$12.1 billion. Singapore is now a leading hub for Indian investments. The channel is both inbound and outbound with global investments into India being structured in Singapore as well as the offshoring of a number of Indian companies seeking to leverage the flexible funding opportunities and user-friendly business ecosystem of Singapore. There are now more than 7,000 Indian companies in Singapore and the number is increasing day by day. Tourism is also an important element: over 1.27 million Indian nationals visited Singapore as tourists in 2017. Due to the similar time zone, cultural familiarity, ease of access, safety and transparency, Singapore has become a regular holiday destination for Indian nationals. Singapore has also excelled as a centre for the resolution of disputes involving Indian parties. Indian parties have consistently been among the top three users of the Singapore International Arbitration Centre (SIAC) over the past seven years.

In 2015 and 2016, Indian parties were SIAC’s top foreign user, with the number of Indian parties growing at almost 70 percent within those two years. Indian parties also bring high value disputes to Singapore and over 22 per cent of SIAC’s high value cases are from Indian parties, with sums in dispute of over S$25 million. The impact of the changes in the Singapore-India double taxation agreement, essentially eliminating the capital gains tax advantage of establishing a presence for India-focused activities in Singapore, were of concern when implemented last year. It seems however that, in the eyes of the investor world, Singapore is now cemented as a hub for inward investment due to transparency, ease of access and reasons other than those purely motivated by tax. This is an encouraging sign and demonstrates the true depth of the relationship. Singapore recognises the importance of India in its future and has been quick to support the initiatives for infrastructure and other development that have been materially accelerated by the Modi administration. This was bolstered by the signing of the India-Singapore Strategic Partnership by PM Narendra Modi and PM Lee Hsien Loong in 2015 and the opening of the Indian Heritage Centre in the same year to recognise the contributions of Indians in Singapore and Southeast Asia.

While Singapore prides itself as an international hub for investments from various places, India clearly presents a major opportunity to the island nation. Particular areas of focus will be on skills development and infrastructure. Singapore has achieved success in securing mandates to support certain Indian states in the development of smart cities such as Amaravati and its ability to efficiently plan, implement and execute projects stands it in good stead. Equally, its ability to offer asset-light Indian companies a home and access to a wide pool of funding and ancillary services enables it to effectively act as an accelerator for India’s burgeoning entrepreneurial sector.

Many of India’s leading new economy businesses are headquartered in Singapore. As India now courts the world however, Singapore needs to keep pace with other destinations in continuing to provide a conducive offering for Indian investments. Singapore will also need to demonstrate a willingness to go the extra mile and leverage its ability to deploy expertise with speed and efficiency in order to maintain relevance in the new dynamic of India. Singapore must also leverage its diaspora, including its incredibly capable South Asian ministerial cadre, in a more pronounced way. Singapore has been fortunate in many ways due to its proximity to India.

However, the Singapore-India story is now taking a new trajectory. It is evident though that Singapore will remain a key channel for Indian investments, from an inbound and outbound perspective for the foreseeable future. Finally, in the context of UK-India Week 2018, it may be appropriate to consider how the UK may be able to leverage Singapore as an investment hub in the context of its relationship with India. As a British citizen who has lived in Singapore for over a decade, I consider the initiative of re-defining the Commonwealth and the establishment of trade relationships within the Commonwealth to be an important one. Let us remember that Singapore too is a Commonwealth country and the UK-Singapore-India dynamic should certainly be leveraged in a more considered way.

About the Author: Babita Ambekar