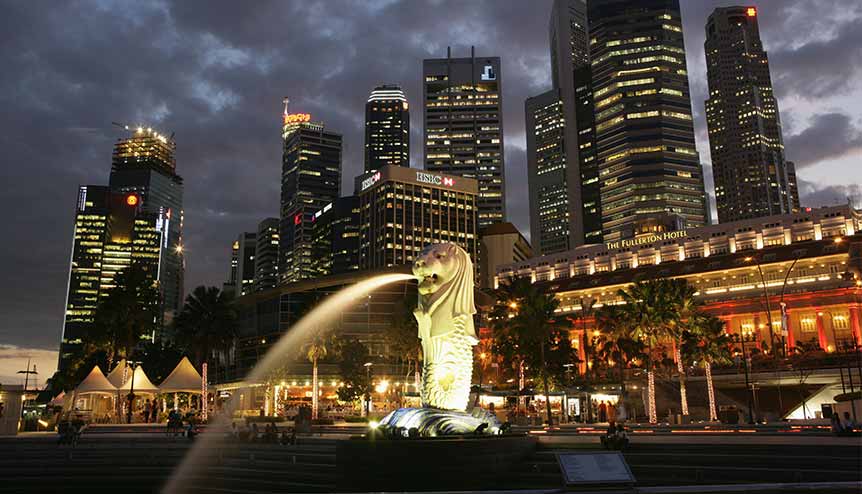 Data is the new oil and air – and Asian giants like India and Singapore are harnessing its power to unlock the true values of digital finance.

The rapid adoption of digital finance around the world has opened up exponential possibilities in the past few years – completely transforming the way we work, live, and transact. With the Covid-19 pandemic upending our lives and businesses, digital finance will also determine in a big way how quickly and efficiently countries and companies can rebuild their economies and repair their bottomlines devastated by the pandemic. 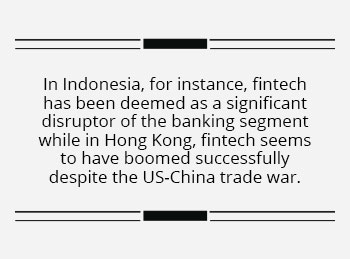 The phenomenal growth of digital fintech had itself worked as a massive disruptor in a world used to traditional channels of banking, raising capital or paying for transactions. In the post-Covid world, the focus will shift to countries like India, Singapore and other major economies of Asia – where the financial sectors are expected to bounce back earlier than the rest of the world, powered by fintech.

In Indonesia, for instance, fintech has been deemed as a significant disruptor of the banking segment while in Hong Kong, fintech seems to have boomed successfully despite the US-China trade war. However, with China enacting new laws that seek to undermine the autonomy of Hong Kong, its future as a finance leader of Asia is no longer so certain. 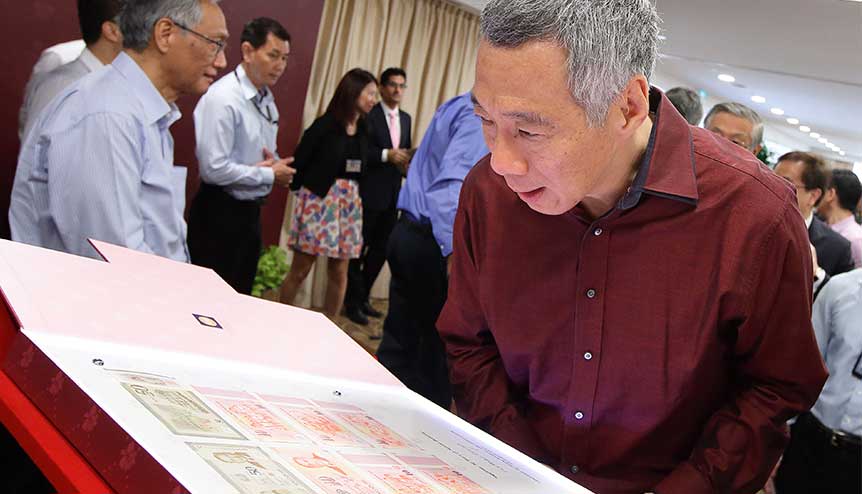 Instead, Singapore and India have been quick to seize the opportunity from these momentous developments and since adopted several initiatives to embrace fintech and establish themselves as global fintech hubs. In India, this has also enabled the traditional banking and finance infrastructure to reach out to severely underserved consumers – the underbanked and unbanked – who would possibly require the greatest direct financial assistance in a post-Covid world. 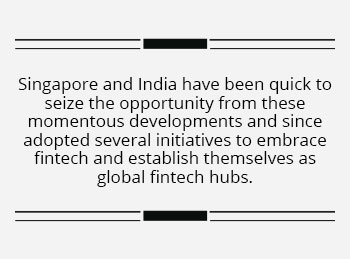 It would also greatly help small and medium enterprises (SMEs) as they try to navigate the difficult market environment of collapsing businesses and shrinking demand in the short term. The scope for digital banking is fairly significant because two in five adults in Singapore are underbanked or unbanked, and the ratio in India remains similarly low. But through digital-only banks, this segment can now contribute in a vastly more meaningful way to the digital economy of both countries.

Earlier this year, the Monetary Authority of Singapore (MAS) issued digital-only banking licenses to empower the integration of fintech and banking in a fast-paced digital economy. The first of its kind in the country, there are reportedly three wholesale bank licenses and two full bank licenses on offer. 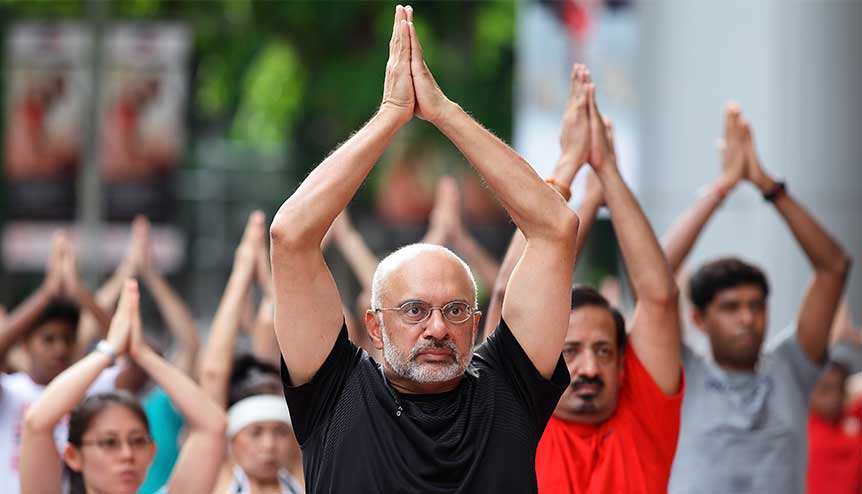 CEO of DBS, Singapore, Piyush Gupta reiterates that there are plenty of digital opportunities in the payment space for Singapore and India.

RuPay stands out for India

“There are also plenty of future digital opportunities in the payment space for both Singapore and India,” said Piyush Gupta, the chief executive officer of Singapore’s DBS Group. “Both countries have had a great start – India has had good success with its RuPay platform, while MAS is in conversation with the Canadian Central Bank for a blockchain-based prototype for multi-currency payments,” Gupta told thousands of delegates at a virtual session of the India Global Week organized by India Inc on Thursday.

Indeed, MAS has been engaged with more than 40 financial and non-financial companies since last year to determine the commercial viability and value of the blockchain prototype. The Singapore regulator says the prototype network, developed in collaboration with JPMorgan and Temasek, has the potential to dramatically improve cost efficiencies for businesses. The outreach marks a new phase of the central bank’s experiment with distributed ledger technologies, operating under the moniker Project Ubin. 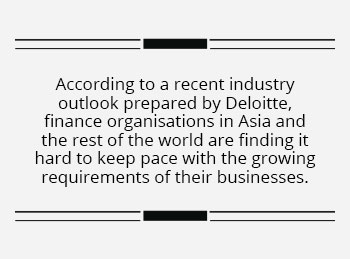 According to a recent industry outlook prepared by Deloitte, finance organisations in Asia and the rest of the world are finding it hard to keep pace with the growing requirements of their businesses. While technology has enabled organizations to receive significant amount of data – which needs to be optimally utilized for decision making – a vast amount of information is flooding into their businesses, pushing data volumes through the roof. 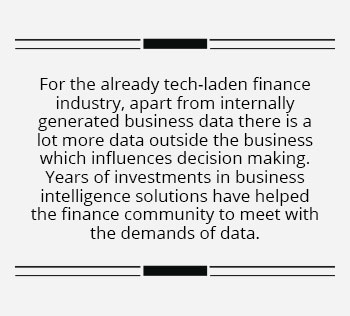 For the already tech-laden finance industry, apart from internally generated business data there is a lot more data outside the business which influences decision making. Years of investments in business intelligence solutions have helped the finance community to meet with the demands of data. However, the demands of the digital economy are throwing up newer requirements of actionable insights that are often not easily available from the existing tool sets. How the industry handles this critical issue will also determine in a big way the success of fintech in Asia.

“In 2019, digitalization and fintech innovation played an integral role in transforming the Asia financial services industry. This is offering new avenues to drive workflow efficiencies, generate alpha, mitigate risk and foster a more sustainable financial ecosystem. In 2020, responsible investing, technology disruption and the explosive growth in data and artificial intelligence will continue to create new opportunities and challenges for investors,” said Alfred Lee, the Managing Director of Refinitiv, the financial intelligence wing of Reuters news agency, in his annual outlook earlier this year.

Key parameters for India and Singapore

According to Gupta of DBS, the four other key parameters that will drive the future of finance in Asia is as follows –

Paperless: Although money transactions have typically been conducted physically, digital transactions are now the buzzword. The onset of the Covid-19 pandemic will further accentuate the push towards paperless even for those who have favoured face-to-face physical transactions.

Platforms and partnerships: While banking relationships are typically defined as B2B or B2C, these will now increasingly depend on partnerships and digital platforms to support them. 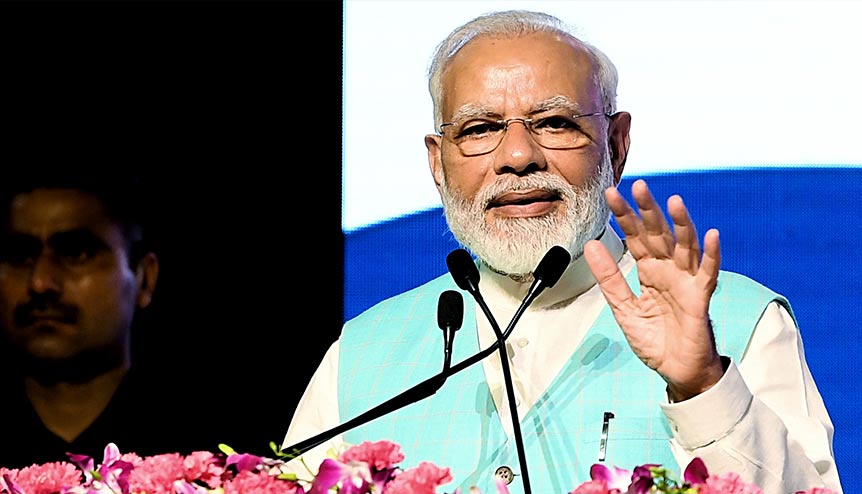 Sustainable finance: Last year, Asia was one of the world’s most aggressive regions in responsible investing, with the Monetary Authority of Singapore announcing the launch of a $2 billion programme to support the growth of green finance in Singapore at the Singapore Fintech Festival. The Asia Pacific region and Japan also saw record green bond issuances, worth nearly $48 billion in 2019, as a growing number of investors embrace environmental, social and governance (ESG) considerations.

Like Singapore, a similar paradigm is at play in India.

The Narendra Modi government first established digital platforms and an ecosystem which have now paved the foundation for the next interlinked steps – a classic example being the Aadhar enabling Direct Bank Transfer (DBT) and the Jan Dhan Yojana.

Paving the way for Digital Bharat

“It is only natural that if the entire frontend is getting digital and becoming more autonomous, the functions that support this ecosystem should keep pace with these fast economic and business model changes. The way Indian businesses and finance leaders are taking up the challenge, over a period of time, Indian finance organizations will probably get recognized as one of the most digitally sophisticated finance organizations anywhere in the world, well aligned to the government’s vision for Digital Bharat,” wrote the authors of the Deloitte survey. 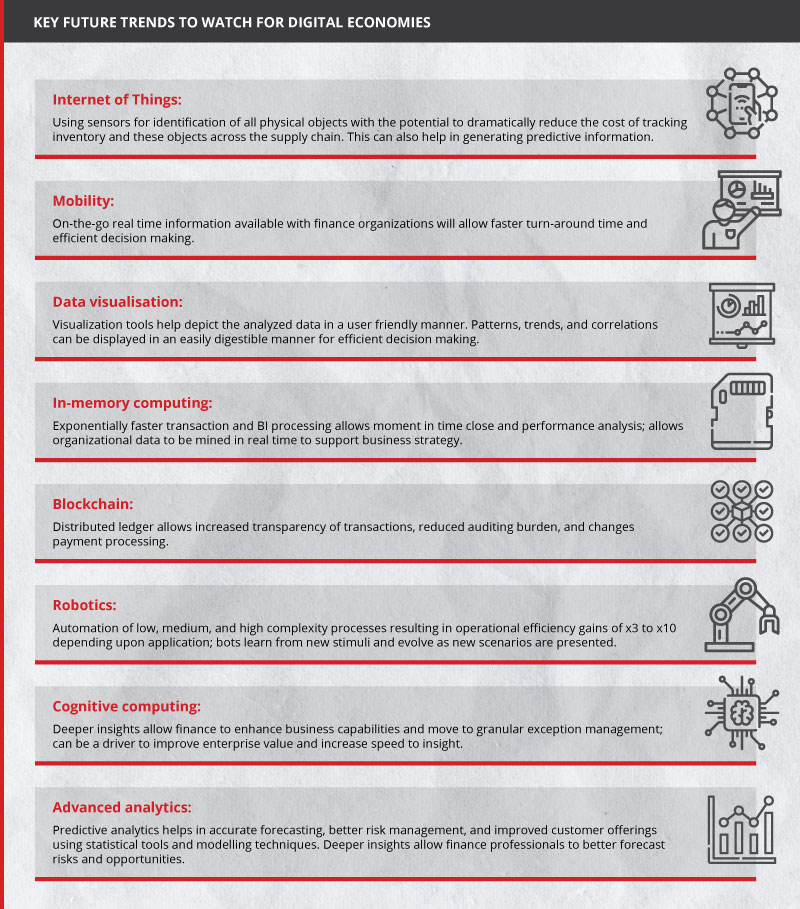 Gupta finds a natural synergy in the financial futures of India and Singapore – whether it is in exploring the potential of central bank-issued digital currencies, investing further in blockchain for broadscale acceptance of distributed ledgers or finding the right technology for enabling cross-border payment, trade and capital raising platforms.

“The strengths of both India and Singapore are extremely relevant to the future of finance in Asia. Can we seize the moment to lift our game and help with overall revival of the region?” he asked.

The answer to that question could well shape the economic destiny not only of India and Singapore, but also of Asia and the world at large.