RBI may turn its focus on growth

RBI may turn its focus on growth 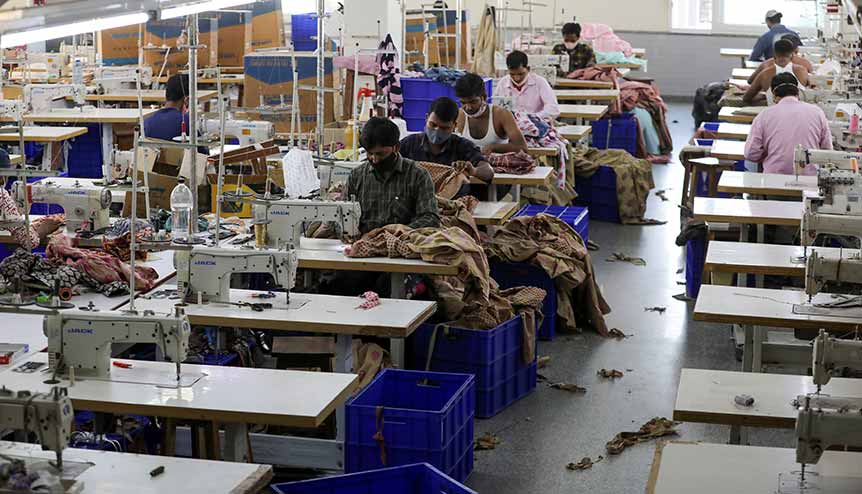 Though inflation will remain at elevated levels for the next couple of quarters, there is a strong case for the central bank to move its gaze away from controlling price rise to providing an impetus to growth. 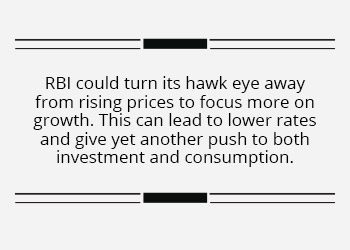 In recent times, inflation in India has stubbornly refused to come under control and has ruled above the RBI’s comfort zone of 2-6 per cent for the last 6-7 months.

But despite this, the Reserve Bank of India (RBI), the country’s central bank, could turn its hawk eye away from rising prices to focus more on growth. This could lead to a further softening of interest rates in India, giving yet another push to both investment and consumption.

At present, the RBI is mandated to keep the headline retail inflation rate, measured by the Consumer Price Index (CPI), at 4 per cent with a 2 per cent band on either side. That gives the central bank a comfort zone of 4 percentage points – from 2 per cent to 6 per cent – for the inflation rate.

Sections within government back move 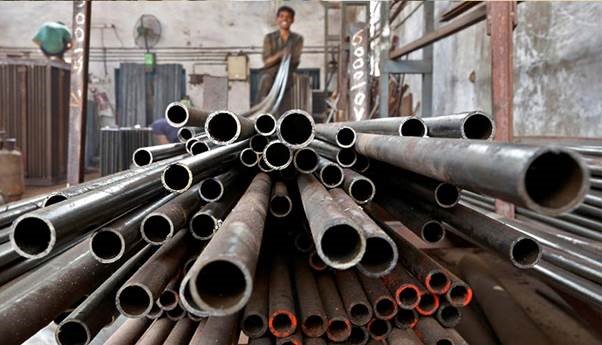 Despite inflation remaining at an elevated level the RBI Governor has reiterated that the Indian economy is back on track with signs of growth from selected sectors.

With India facing an unprecedented recession – its GDP growth rate contracted 23.9 per cent and 7.5 per cent in the first and second quarters of the current fiscal – influential sections within the government are of the opinion that the focus of the Monetary Policy Committee (MPC), the six-member body that sets the benchmark rates that drive the economy, should shift from trying to contain rising prices to fixing the economic engine and pushing GDP growth into a higher trajectory.

Addressing the media after the last MPC meet earlier this month, RBI Governor Shaktikanta Das said growth is returning to the Indian economy faster than earlier anticipated. “Real GDP growth projection now stands at 0.1 per cent for third quarter and 0.7 per cent for fourth quarter,” he said, adding that the forecast for the full year is a contraction of 7.5 per cent, significantly better than the shrinkage of 9.5 per cent predicted earlier.

Inflation to remain at elevated levels

The inflation outlook, however, remains high. He estimated that retail inflation for the October-December quarter (Q3) would be 6.8 per cent. The figure for the fourth quarter is projected to be 5.8 per cent.

“The outlook for inflation has turned adverse relative to expectations in the last two months. The substantial wedge between wholesale and retail inflation points to the supply-side bottlenecks and large margins being charged to the consumer,” said the RBI. 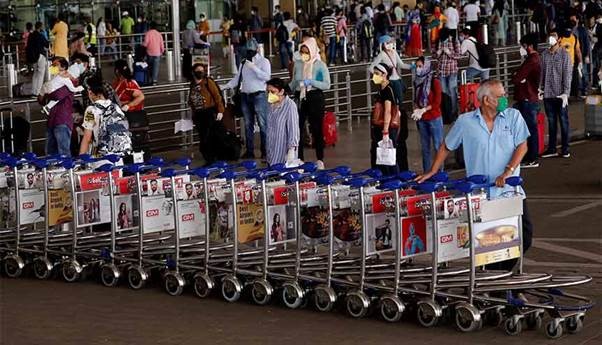 Signs of recovery will depend largely on sustained policy support. , there is a stream of thought within the Finance Ministry that the RBI should be freed from the straitjacket of 2-6 per cent inflation that is constraining its options.

Echoing this, Das told the media: “The MPC was of the view that inflation is likely to remain elevated with some relief in the winter months from prices of perishables and bumper kharif arrivals. This constrains monetary policy at the current juncture from using the space available to act in support of growth. At the same time, the signs of recovery are far from being broad-based and are dependent on sustained policy support.”

Given this situation and the need to provide more ballast to the nascent signs of growth emerging from different sectors of the economy, there is a stream of thought within the Finance Ministry that the RBI should be freed from the straitjacket of 2-6 per cent inflation that is constraining its options. 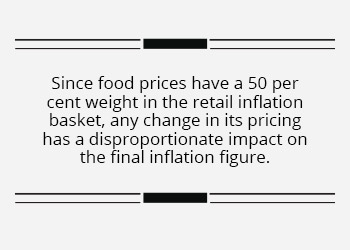 Several experts have argued in the past that the CPI is too volatile and too broad-based a measure for it to be a proper gauge of inflation in the economy. They have strongly argued that the RBI and the MPC should, instead, take into account only the core inflation figure – which does not consider food and fuel prices.

Since food prices have a 50 per cent weight in the retail inflation basket, any change in its pricing has a disproportionate impact on the final inflation figure.

The Indian Parliament and the government will have to take a final call on this, but it is a welcome sign that Indian policy makers are thinking proactively of pushing growth and privileging it over inflation control, which has, till date, been the RBI’s primary focus. 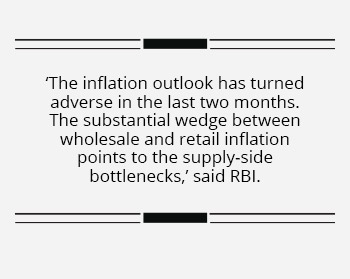 The central bank’s accommodative stance points to this. Speaking to MoneyControl, a leading Indian website, Ashish Shanker, Deputy MD and Head of Investment at Motilal Oswal Private Wealth Management, said: “… They (RBI) have prioritised growth over inflation. This is an acknowledgement that inflation drivers seem to be more supply-side led. An accommodative liquidity stance will ensure access to liquidity will not be a challenge and the ongoing recovery that continues to gather steam. Guidance is better than earlier on growth and flows…”