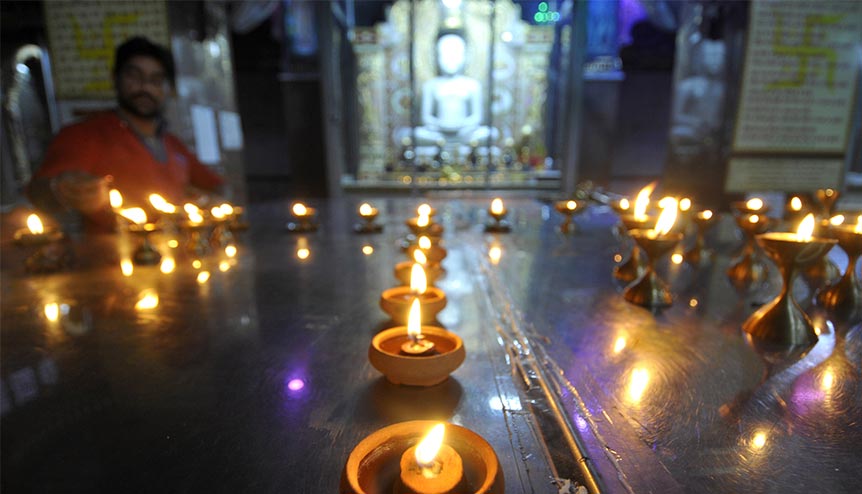 Members of the Indian diaspora in the UK marked the “Bhumi Pujan”, or foundation stone-laying ceremony, for a new temple dedicated to Lord Ram in the northern Indian state of Uttar Pradesh with prayer events and the lighting of lamps.

As Indian Prime Minister Narendra Modi led a grand ceremony to lay the foundation stone for the new Ram Mandir in Ayodhya, the move found resonance across homes and temples in the UK.

“We were fortunate to be able to witness the ceremony being conducted with water from the Ganges, which made the event that bit more special for the local community,” said Bob Blackman, Conservative Party MP for the London constituency of Harrow East, who joined a special puja at the International Siddhashram Shakti Centre (ISSC).

“I was honoured to attend this ceremony at ISSC, which was also being dually held in India in honour of the building of the grand Ram Temple of Lord Shri Ram on the banks of Saryu,” he said, describing the new temple as a “symbol of unity”.

The National Council of Hindu Temples (NCHT), a representative body for around 150 temples in the UK, said that nearly every temple in Britain was marking the occasion in the form of devotional prayers or bhajan/kirtan.

“We have been getting messages from around the UK and most temples will be conducting artis and lighting lamps to mark this great moment,” said a spokesperson for NCHT UK.

The Hindu Forum of Britain (HFB), another representative group for British Hindus, have called on people to light lamps and chant in their homes this week to commemorate the occasion.

HFB President Trupti Patel said: “The decision to rebuild the divine abode of Bhagwan has brought joy in the hearts of hundreds of million devotees.”

A spokesperson for Hindu Council UK also described it as a “very momentous day for the Hindus”.

“British Hindus are elated today seeing Bhagwan Ram returning to his Janambhoomi Ayodhya, bringing back his ideals the world needs always to aspire to,” noted Anil Bhanot, a founding-member of Hindu Council UK, who has reissued a compilation of Ram mantras  on social media for British Hindus to mark the occasion.

With Covid-19 lockdown restrictions still in place to curb large crowds at places of worship in the UK, most of the temples continued to make use of digital media to mark the occasion this week and also encouraged British Hindus to celebrate within their homes.

Hindus believe Ayodhya to be the birthplace of Lord Ram and the new temple is expected to attract diaspora crowds from around the world once it is completed in over three years’ time. The temple has been planned in the Nagar shaili – a style of temple architecture where the temple tower is built over the sanctum sanctorum. The unique feature of the new Ram Mandir in Ayodhya will be an octagonal shape of the sanctum sanctorum, in keeping with the design provided in ancient Hindu shastras.