Year of drama and assertion

Year of drama and assertion 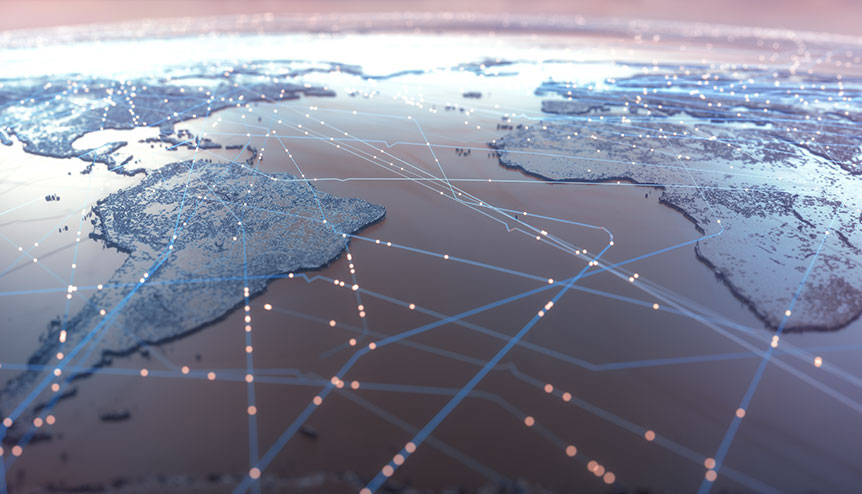 2019 was a year of near non-stop drama, fast-moving action and events with far-reaching consequences. It was also a year in which powerful nations and their leaders asserted their right of action in different ways and in doing so, majorly disrupted the ‘business as usual’ status quo that the world has gotten used to. We look at some of the biggest developments of 2019 in this analysis.

The year’s biggest economic news was undoubtedly the ongoing trade war between the US and China, the world’s two largest economies, which began in 2018 and has raged right through 2019. In India, a large part of the coverage was centred upon the moves by the Narendra Modi government to lay out the red carpet for companies looking for alternatives to China. As each announcement of tariff hike by US President Donald Trump and each act of retaliatory duty increase by the Chinese government set off stock market upheavals around the world, anxious investors pored through headlines and the fine print to make sense of how these distant events were impacting their saving habits and their lives. By the end of the year, though, it looked like the two sides could be heading towards a truce, though that is by no means certain. But regardless of the way it ends, this trade war and the resultant raising of protectionist walls in various countries have shattered the post-Second World War consensus that unfettered trade between nations is the only way to prosperity. It has also given countries such as India, Vietnam, Indonesia, the Philippines and Bangladesh a second chance to try and emerge as manufacturing bases for Western companies looking for alternatives to China.

The Pulwama attack and the Balakot revenge

For a fortnight in February this year, the world watched with bated breath as two nuclear-armed nations walked to the brink of war and then walked back. On 14 February, a terrorist rammed an explosive-laden car into a convoy ferrying paramilitary personnel in Pulwama district of J&K. Result: about 44 people lost their lives. Jaish-e-Mohammed, a Pakistan-based terrorist group, backed and trained by the Pakistani Army, claimed responsibility for the attack, perhaps emboldened by the lack of any Indian retaliation at previous such provocations.

Conventional wisdom on both sides of the border had it that Pakistan’s nuclear umbrella had effectively precluded any retaliatory Indian military action. This doctrine was rewritten on 26 February when a dozen Indian Mirage 2000 jets entered Pakistani airspace and bombed a terrorist training camp in Balakot.

This mission was a landmark not only because it was the first time since the 1971 war that Indian military jets entered Pakistan but also because it destroyed forever the myth that Pakistan could carry on waging an undeclared war against India via its terrorist assets without any fear of a counter-offensive.

By noon on 25 May, the Indian election was as dead as a dodo. It was evident by then that the people of India had reposed their faith once again in Narendra Modi and had re-elected him, his party, the BJP, and his coalition, the National Democratic Alliance (NDA), by an overwhelming – almost two-third – majority. The final tally and the margins would be known only later that evening, but there was no doubting the finality of the verdict.

After facing yet another setback to his plans of taking Britain out of the European Union with or without a Brexit deal, Prime Minister Boris Johnson called a high-risk snap election that was almost a referendum on his resolve to get the job done. The results were overwhelmingly in favour of Johnson and his Conservative Party. In addition to giving him an absolute majority, which the Tories had fallen short of in the 2017 election, the election effectively defanged rival power centres and cemented the Prime Minister’s power in his party. Johnson’s re-election has brightened the probability of a limited trade deal between the UK and India as Britain tries to forge closer financial and business links with the world’s leading trading nations to compensate for any losses arising out of Brexit. Equally interesting to watch will be the role of the 1.5 million-strong Indian diaspora in Britain, which is believed to be disenchanted with Jeremy Corbyn’s Labour Party and its rigid, misinformed and ideologically blinkered stand on India and the Johnson government’s possible outreach to it.

The India Growth Story, which for years, shored up falling global growth rates, seems to have run out of steam. On 24 December, the International Monetary Fund (IMF) announced that India was amid a significant economic slowdown and urged the government to respond with policy actions to counter the same. “Growth in the second quarter of 2019-20 came in at a six-year low of 4.5 per cent (y/y), and the composition of growth indicates that private domestic demand expanded by only 1 per cent in the quarter. Most high-frequency indicators suggest that weak economic activity has continued into December,” the IMF said.

There are several reasons for this slowdown but the most significant is the crisis in India’s banking sector, which is saddled with billions of dollars of unpaid debts and the burgeoning crisis in India’s non-banking finance company (NBFC) sector, which is mainly responsible for transmitting loans to the real estate, small business and unorganised sectors. Falling consumption demand in the economy is another major factor for the slowdown.

Investors have long complained about India’s relatively high tax rates. In response to the economic slowdown, Indian Finance Minister Nirmala Sitharaman, on 21 September, cut the corporate tax rate from 34 per cent to 25.17 per cent inclusive of surcharge and cess. In her Budget on 5 July, Sitharaman had reduced the tax for companies with a turnover of up to $55 million. Now, the rate has become universal for all companies that do not take the benefits of any other exemptions. Such companies will also not have to pay any Minimum Alternate Tax (MAT). Now, the peak rate of corporate tax is comparable to the lowest rates charged by any country.

Further, in a bid to boost the Make in India programme, attract foreign investment in the manufacturing sector and make India competitive compared to China and the ASEAN countries, the government has allowed any new domestic company incorporated on or after 1 October 2019 and making investments in manufacturing to pay income tax at 17.01 per cent inclusive of cess and surcharge. These companies may not avail any other exemptions or incentives and must start production on or before 31 March 2023.

This move is expected to kick start the sputtering investment cycle that has been stubbornly refusing to pick itself up for the last few years. These tax cuts will lead to a revenue loss of more than $20 billion for the government and, therefore, provide a stimulus of an equal amount for the Indian corporate sector.

On 5 August, the Narendra Modi government revoked provisions of a contentious clause in India’s Constitution that granted special status to Jammu & Kashmir. The move was widely welcomed by all sections of Indian society. It also received support from a large section of India’s opposition ranks.

Newspaper articles and television channels covered this in detail, giving equal space to scenes of wild celebrations across the country. Even foreign countries such as the US, the UK, the EU, the UAE, Saudi Arabia and other major powers that took note of the development did not express any reservations about what they saw as India’s internal matter.

Only a section of the Western media and some political parties such as Britain’s Labour Party adopted a strong anti-India stand on the issue and gave wide play to anti-India voices on Kashmir.

The Citizenship Amendment Act (CAA) has received the most biased coverage possible in both the Indian and the Western media. Most of this coverage has been uninformed, some of it has been irredeemably motivated and politically slanted. The introduction and passage of this law through both Houses of Indian Parliament have been dubbed the disenfranchisement of Muslims in India. Many otherwise well respected Indian and Western commentators have called it a conspiracy to strip Indian Muslims of the citizenship and reduce them to the status of second-class citizens.

Nothing could be further from the truth. The CAA is simply a law to regularise the status of persecuted minorities from Afghanistan, Pakistan and Bangladesh who have taken refuge in India. There is no provision in it to strip anyone of citizenship.

But opponents of CAA obviously don’t want to let facts get in the way of a good story.

Modi govt decides to get out of business

The Narendra Modi government kicked off its privatisation programme and green-flagged the strategic sale of the country’s second-largest downstream oil company Bharat Petroleum Corporation Ltd (BPCL), India’s largest shipping company, Shipping Corporation of India, India’s largest operator of container depots and warehouses and terminals, Container Corporation of India (Concor), and two relatively small public sector units in the energy sector – Tehri Hydro Development Corporation (THDC), and North Eastern Electric Power Corporation Ltd (NEEPCO). It expects to complete the privatisation process by the end of the current financial year ending 31 March 2020. Strategic sale means the sale of a controlling interest in a company, i.e., a transaction where management control of a company passes to the buyer(s) along with its shares. The sale is expected to net the government $15 billion, which is critical for it to meet its budgetary targets especially after cutting corporate taxes earlier this year, which meant foregoing $20 billion in revenues. Along with the proposed sale of national carrier Air India, this will mark the largest privatisation exercise initiated by the government of India in the last decade and a half.