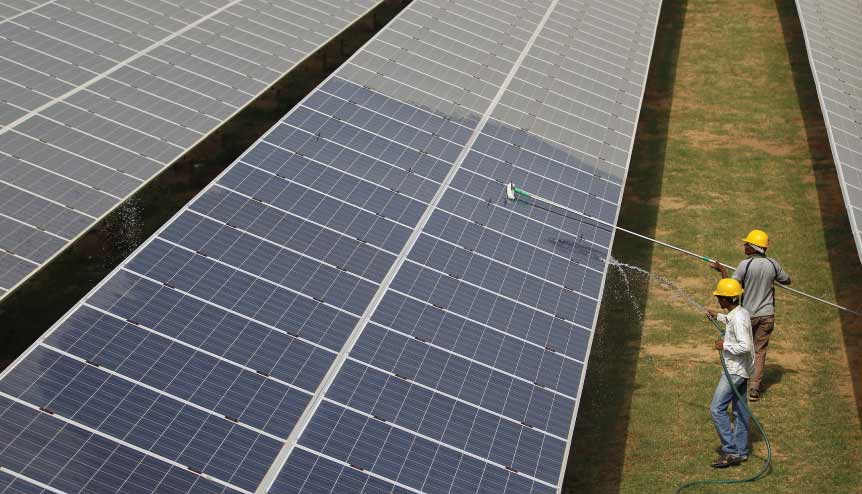 Tucked away in one of the labs in a gigantic tokamak nuclear fusion reactor complex, just off the A51 motorway that links Aix-en-Provence and the French Alps, a group of nearly 100 Indian scientists work feverishly on an experiment never attempted by humanity before. Once completed in 2025, it could change the face of global energy. They have been at it for more than 5 years now – working as part of the International Thermonuclear Experimental Reactor (ITER) – an international nuclear fusion research and engineering project that will be the world’s largest magnetic confinement plasma physics experiment.

This is the world’s most expensive scientific project to be undertaken in the 21st century, and the most expensive one in which India has ever participated.

For the scientific community, it’s right now the coolest place on Earth – but once the ITER project is successfully completed, it will literally become the world’s hottest place. At 150 million degrees Celsius and with a nuclear reactor weighing 28,000 tonnes, ITER will be 10 times hotter than the Sun – and that’s what scientists would consider a success.

For the ITER project is nothing but mankind’s audacious attempt to create a Sun on earth – and India is intrinsically linked to those efforts.

The clean energy produced by the fusion reactor (the recreated Sun) will be enough to power the energy needs of several Indian cities. Ten such reactors could power all of Italy and provide an unlimited supply of energy. With a commitment of about 10% of the cost for the 20-billion-euro project, India is guaranteed access to the full technology that a cohort of scientists from its own shores and from the USA, Russia, Japan, the EU and other countries are busy developing. 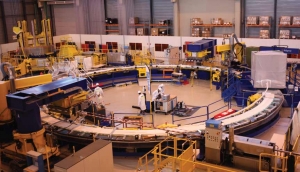 But the relationship between India and the Sun is as ancient as Indian history.

The scriptures of ancient India refer to the sun as the store house of inexhaustible power and radiance, and Hindus revere to it as the Vedic God Surya or Aditya. A typical day in an Indian household begins with a salutation to the Sun (Surya Namaskar) as the antithesis to evil and a symbol of truth, and the various sun temples across India are a testimony to the deep reverence Indians have attached to it across millennia.

But now, the Sun is fast moving beyond being the source of spirituality to being the source of power for millions of Indians, literally vanquishing darkness and bringing light. And with it comes the lucrative opportunity to invest in a sunrise sector that will continue to be in perennial demand in the perpetually energy-hungry Indian economy.

Ever since he stormed to power with a massive public mandate in 2014, Indian Prime Minister Narendra Modi has placed a big bet on solar energy. In his first year in office, Modi raised India’s goal for solar power by 5 times, and subsequent Indian budgets have seen manifold increase in national lending facilities for renewable energy.

The calculation behind this is simple: if India can convert even a tiny portion of the 150,000 gigawatts of natural solar radiation that it’s bombarded with per year into cost-effective electricity, it will not only transform the energy and manufacturing landscape of the world’s largest democracy but also dramatically alter the geopolitical equation of Asia.

That’s also the reason why Modi took the lead in setting up the International Solar Alliance (ISA) – a unique alliance of 121 sunshine countries which lie between the Tropic of Cancer and the Tropic of Capricorn that was launched at the first UN Climate Change Conference in Paris in 2015.

Last week, the Gurgaon-headquartered alliance announced the launch of eight new initiatives – including making solar power bankable, initiating global price explorations for providing energy access to 47 million households through solar power and the development of 20 GW of solar parks. Responding to the Covid-19 crisis, the alliance also launched an ISA advisory to guide manufacturers of ventilators on the use of solar kits. And in its most recent collaboration, the ISA teamed up with the University of Birmingham to help farmers in countries with abundant sunshine build chilled food distribution systems powered by solar technologies.

While New Delhi has been a vocal proponent of “climate justice” – the notion that historical responsibilities and present-day capabilities are critical in shaping the climate governance regime – the Prime Minister has repeatedly underscored India’s commitment to clean energy. In a speech to the nation last week, Modi hailed the International Solar Alliance as India’s gift against global warming, while on last World Environment Day he tweeted: “We have been brought up in a tradition, where nature is equal to God. Where sanctity of nature is meaningful and where nature’s protection has been put at par with humans.” Speaking at the UN Climate Action Summit in New York in November 2019, Modi gave a clarion call for a “global people’s movement” to deal with climate change as he vowed to double India’s non-fossil fuel power generation capacity to 450 GW by 2030, with the bulk coming from solar panels.

Why does India need solar energy?

According to the World Bank, India needs massive additions in power capacity to meet the demands of its rapidly-growing economy and help sustain its manufacturing industries. India’s per capita consumption (805 kWh) is one of the lowest among developing economies of the world (China, by comparison, consumes a per capita electricity of 3,927 kWh).

Besides, India is the world’s third-largest emitter of greenhouse gases, behind China and the USA, and wants to increase the share of renewables in the nation’s energy mix to vastly reduce emissions. Renewables currently account for 22% of India’s total installed capacity, while the government wants to raise it to 40% of total capacity by 2030.

Renewable energy is thus a critical part of India’s plan not only to add new capacity but also to increase energy security, address environmental concerns, and lead the massive global market for alternative sources of energy. Like coal, gas and oil have witnessed massive price volatility in recent years. With the crude oil fluctuations of a post-Covid energy scenario, investors and governments will look at further development of indigenous renewable energy sources with low-margin costs of generation to increase energy security by diversifying supply, reducing import dependence, and mitigating fuel price volatility.

The need to bring on new generation capacity and to rapidly improve operational efficiency in clean energy transmission and distribution is also imperative to India’s energy self-reliance.

The industry in India has already been on an upbeat mode, as is evident from this video shared by the International Finance Corporation: