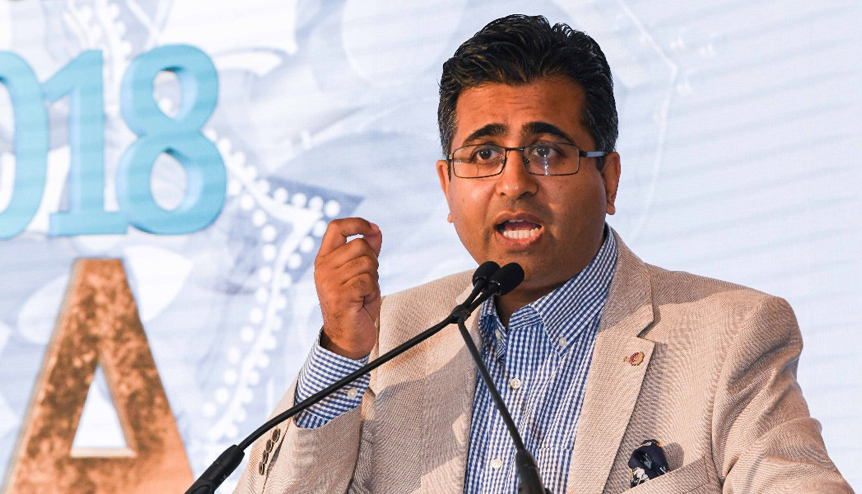 As the first-ever UK-India Week draws to a close with the grand finale of the UK-India Awards attended by the London Mayor, senior ministers and Bollywood glitterati, India Inc. Founder & CEO Manoj Ladwa reflects on its key outcomes.

During the inaugural UK-India Week, it has been a privilege to celebrate this strong relationship between the UK and India and create a platform for promoting opportunities for future collaboration.

The landmark 5th UK-India Leadership Conclave – hosted at the spectacular Latimer House in Buckinghamshire – brought together senior political and business figures from India and the UK to assess the future opportunities to partner and invest in the UK post Brexit.

Sir Vince Cable, Leader of the Liberal Democrats, spoke frankly of the challenges facing the UK government to negotiate a trade deal with India. Drawing upon the growth of India as the third-largest economy in the world and the weakening of international cooperation with the rise of identify politics, he spoke of how Brexit was shifting the terms of trade in India’s advantage.

When I launched UK-India Week, a key aim was to ensure an open, honest, trusting conversation took place, as good friends should have. We cannot paper over the cracks.

I never imagined that promise would be put to the test quite as much as it has been this week.

The announcement of changes to the UK Home Offices’ Tier 4 visa regime, in which India was overlooked, has focused the minds of this Conclave on what the two countries really value in one another. Both Sir Vince and the Indian High Commissioner, Y.K. Sinha, took the opportunity to address the current debate around the restrictions on the flow of professionals and students as a barrier to negotiating a trade deal.

UK government ministers – including the Secretaries of State Liam Fox and Matt Hancock, whose addresses we were honoured to hear on Monday – have a commitment to ensure there is as much openness and support from government for businesses who make huge voluntary efforts to forge greater ties with their Indian friends.

There is a “Living Bridge” between the UK and India, built of all the many talented people who travel between the two countries and around the world, sharing ideas and innovations and cooperating in a number of different ways.

It is the people that make this relationship so extraordinary – the leaders, the innovators and the change-makers – and I am so grateful that we have been joined by so many different people for so many memorable conversations.

This vibrant, active and energetic week has been full of surprises, and has touched on an enormous range of themes.

Announcements made this week – from the launch of the UK-India TechXChange by the Federation of Indian Chambers of Commerce and Industry (FICCI) to the launch of the first Global Indian Professional Leaders’ Forum – are a mark of this intention to build a transformational partnership with a global footprint.

Digital transformation emerged as a key theme. We heard from the Confederation of Indian Industry (CII) President, Rakesh Bharti Mittal, about the importance of exploring new and emerging sectors such as artificial intelligence and advanced manufacturing together to foster prosperity in both countries.

Shruti Singh, representing the Indian Commerce Ministry, spoke on the impact that Prime Minister Modi’s Make in India and Smart Cities programmes are having on the upward trend in the adoption of green energy technologies and digital integration across India.

The Shadow Secretary of State for International Trade, Barry Gardiner, said that new low carbon technologies must become the “new norm for UK-India relations”, calling on the UK to join India in the celebration of the transformation India’s green industries have undergone in just a few short years, where it is now “setting the pace in the global decarbonisation race”.

His Royal Highness the Prince of Wales wrote in his Foreword to this week’s programme about the “exponential effect” of UK-India cooperation around the world.

As the Brexit negotiations continue, it is vital that business and industry does what it can to facilitate productive and gracious conversations between the two governments behind closed doors, and show the force of will behind this global partnership. This is the theme of UK-India Week and the UK-India Leadership Conclave: Global Britain meets Global India.

Through our trusting and collaborative relationship, the UK and India can take greater risks and unlock growth and innovation when other bilateral partners cannot.

There are many opportunities to turn this global partnership into a truly transformational relationship, and there is no shortage of people with the inspiration and imagination to do it.

And, it is these very inspiring individuals that India Inc. will honour at its second annual UK-India Awards in London.

Mayor of London Sadiq Khan and Foreign Office Minister Mark Field will be joined by a diverse range of guests from India, UK and around the world. Bollywood star Vivek Oberoi will play host to what promises to be a grand celebration of a relationship set to shape the global landscape.

Some of the highlights can be found here