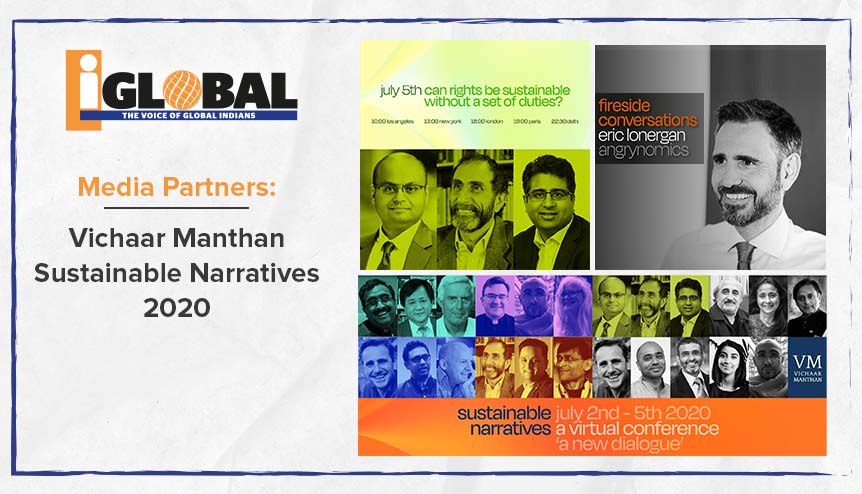 Vichaar Manthan’s Sustainable Narratives conference, backed by ‘iGlobal’ as media partners, had its first taste of economics with an intimate fireside conversation between Dr Sachin Nandha and Eric Lonergan on his new book ‘Angrynomics’, which explores the concept of anger through a political and economic lens. Eric is a Macro Hedge Fund Manager, who has written extensively for ‘The Financial Times’ and ‘The Economist’, among other financial titles.

‘Angrynomics’ provides an understanding of the different forms anger takes, and how they can be harnessed to make sense of the current political and economic environment.

“How is anger articulated? How can anger take different forms? What does it tell us about society? There is no unifying concept of anger, but it is all about social psychology. The most similar being in moral philosophy dating back to Aristotle.”

“The least productive kind is the ‘Anger of Devils’, as it can lead to blame, victimhood, nationalism and propensity to create groups and tribes.”

Eric’s background in moral philosophy helps him to dissect the thought processes behind and causes of anger: “Cognitive reasons tend to be more rational, whereas emotive reasons may be more irrational in nature.”

He likened free market capitalism to the “hardware” of our economy and suggested that the “software has been changed after recessionary events such as the Great Depression”.

This produced reactions such as deregulation, privatisation, independent monetary policy etc. In the Global Financial Crisis (GFC) of 2008-09, the system crashed but the software did not change. Though the banking system had reformed, it had no real effect on ordinary people’s lives.

“The lack of solutions to this recession has compounded today’s environmental and social sustainability. ‘Angrynomics’ provides a summary of the recent history of capitalism and how the software has not changed since the GFC, which has led to some of the instability we see today.”

‘Angrynomics’ argues that the lack of “off the shelf” solutions has resulted in the politic class campaigning on nationalism, rather than ideas to fix this crash. The media has shifted from oligopolies and monopolies with a captive audience (e.g. the BBC), to “quite literally fighting for eyeballs”.

As a result, the alignment of incentive between the media and the political class creates a sense of tribalism that encourages people to vote on more emotive topics, such as immigration. “Group identity arguments generate high volumes of traffic in the polls, as angry people are more likely to vote.”

Eric states that tribalism is a zero-sum game, premised on the idea of scarcity and “fighting for resources”. It also essentially produces no net benefits, whereas trading results in positive outcomes on both sides i.e. the pie gets bigger.

“We are the luckiest generation to ever exist”, stated Eric. He suggested tapping into the “anger of angels” to provide people with a motivating set of ideas to change for the better.

“This would be non-partisan, more akin to a self-evident truth that everyone could get on board with. It would challenge the politics of tribalism and create a universal sense of betterment, as it is fair to say there is an overwhelming agreement to take action on inequality, sustainability and the environment. The big ideas, however, are lacking.”

Eric made an insightful comparison of governments and individuals: “Governments taking advantage of the low interest rate environment is similar to an individual taking out a mortgage on a house. If you could buy a house with a 20 year mortgage at close to 0 per cent nominal interest rates under a zero coupon structure, you could simply get a tenant in the property paying a 5 per cent yield and the mortgage and pay the mortgage off in 12-13 years, leaving you with full equity of the house, therefore a positive wealth creation. The government could issue these types of bonds to create a National Wealth Fund, taking advantage of the record low costs of capital, to generate an annual return above this hurdle, whereby the proceeds could be distributed to further create sustainable wealth.”

If the relationship between the “anger of angels’ and the “anger of devils” can be balanced, Eric suggests that we could create an economic model which supports sustainable wealth creation for all. 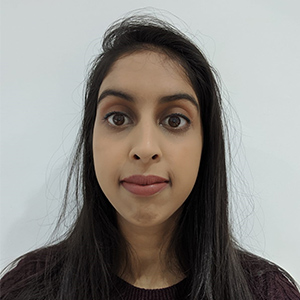