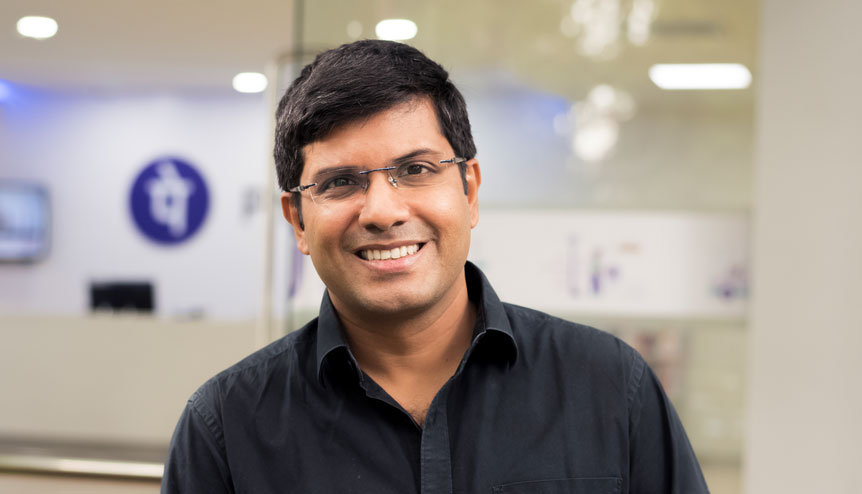 Rahul Chari is the co-founder and CTO of PhonePe, a leading Indian digital wallet company. In this interview, he gives an insight into the company’s plans for the new year and how Unified Payments Interface (UPI) has revolutionised the payments process, especially in Tier 2 and Tier 3 cities in India.

How has Unified Payments Interface (UPI) of the National Payments Corporation of India (NPCI) benefited the financial services/digital payments landscape for Indian consumers?

UPI is the world’s only API-driven interoperable real-time money transfer platform designed for a mobile-only world. Unlike other payment interfaces in India and across the world, it supports both pull and push models of payments and is available 24×7 which means that it is ideal for both remittances and retail payments in equal measure. UPI provided users with the ability to send/receive money instantly using their mobile phones and it has been a game-changer in enabling financial inclusion for the masses. It has also led to the creation of many new and innovative payment solutions, and the adoption rates of UPI payments have been phenomenal, having recently crossed 1 billion transactions across 100 million users in three years since its launch.

How are security/fraud concerns best balanced with a wider spread of digital payments? What steps is PhonePe taking to combat this issue?

India follows a two-factor authentication (2FA) model for authorisation of digital payments and UPI is no exception. In fact, UPI is more secure given that it binds a personal device and a digital fingerprint associated with that device to the PIN-based authentication. However, socially engineered frauds in payments have been on the rise in India and UPI has been affected by it. In social engineering frauds, fraudsters convince the victim to share sensitive information that compromises 2FA to authorise a fraudulent transaction in lieu of receiving some fake benefit. The UPI protocol in itself adheres to the highest standards of security.

Traditionally, passwords and pins have been the means to ensure security. However, with social engineering fraud on the rise, these are not adequate. So, at PhonePe, we invest in deep technology to detect fraudulent transactions using a variety of data signals such as location, transaction context, time of the transaction, device parameters, payment instrument, etc. A risk score is computed for each transaction in real-time based on which the transaction is either allowed or disallowed. The risk score monitors all the parameters involved in a transaction and helps us assess the degree of risk each transaction carries and block the transaction even before it is initiated. We also invest in real-time analysis of mobile numbers, devices, cards or bank accounts for patterns of abnormal behaviour. Our data models flag entities as high risk resulting in their immediate blocking until they can be reviewed systemically. Our constant endeavour is to fine-tune these models and reduce the blocked transactions to provide maximum accuracy.

Being one of the largest transaction platforms in India, we also take regular measures to spread awareness about frauds among our users. We employ the following channels to educate our users:

How has the digital payments landscape changed over the years in India?

Digital payments have seen massive growth in India over the last three years. Traditionally, Tier 1 cities have led the adoption of digital payments in the country due to better infrastructure, digital penetration and awareness. In an interesting shift, this growth is no longer confined to the country’s top metros. This next phase of growth is being driven by over 500 million Indians residing in ‘Bharat’ (India outside the metros) where smartphone penetration, cheaper data, intuitive & simple app design, and more local language context are propelling the move towards widespread adoption of digital payments. The massive adoption in Tier 2 and 3 cities has also been aided by factors like widespread acceptance of QR codes at offline stores and an increase in the number of avenues for making payments. Tier 2 and Tier 3 cities have been fast adaptors of not just UPI payments, but also taken to use cases such as mobile recharges, utility bill payments and buying 24k gold online in a big way.

PhonePe has seen phenomenal growth across Tier 2 and Tier 3 cities in India. With more than 8 million merchants across 215 cities, over 56 per cent of our transactions today come from Tier 2 and 3 cities. Interestingly, cities like Vizag, Mysore, Bhopal, and Jaipur have also been instrumental in driving transactions on PhonePe Switch with use cases such as food delivery, gold, travel and hotel bookings leading the way.

You recently recorded 5 billion transactions – what are your next milestones?

We had crossed the 1 billion transactions mark in November 2018 and have grown 5x in the last year. It’s been an incredible journey made possible by the trust reposed in us by our customers and merchant partners.

In terms of focus areas and milestones, in 2020, we will continue expanding our presence in the offline merchant space. While we are already seeing over 56 per cent of our transactions from Tier 2 and 3 cities, we will expand our reach to Tier 4 and beyond. We will also work more closely with our merchant partners by offering them more value-added services which will help their businesses grow. This year, we introduced the Stores section on the PhonePe app. It provides hyper-local discovery for our partner merchants while allowing consumers to find out all the different retailers in their vicinity that accept PhonePe. In October 2018, we had launched the PhonePe for business app to facilitate end-to-end control for merchants on the payment process, including transaction confirmation and reconciliation. The idea is to not just be a payments partner for the merchants we onboard, but also help them grow their business by driving footfalls and help them have a stronger digital presence. Today, the app has over 5 million downloads and is being used by merchant partners across the country. We will also be introducing a lot of new features on the PhonePe for business app to help our merchant partners build a more holistic experience for consumers while growing their business.

The second big focus area for us will be to bring more partners across categories such as travel, commute, food, hyperlocal, retail, and entertainment on the Switch platform. PhonePe Switch has been instrumental in helping businesses build a seamless and secure login as well as payment experience for consumers. Currently, we have over 75+ micro-apps live on the platform including Ola, IRCTC, RedBus, Oyo hotels, Myntra, Zefo, Faasos and Goibibo (flights and hotels).

We also have plans to launch a slew of financial services offerings on the PhonePe platform in the coming few months. We had launched the tax-saving funds in March this year and will be adding more products in the mutual funds and insurance categories over the next quarter.

While expanding to international markets is an exciting prospect, we are currently focused on the Indian market and will continue to build for India.

Which innovations from India can push the frontier of fintech globally?

The fintech space in India is at a fairly nascent stage. Despite that, we have seen UPI which is a made-in-India product that can be termed as India’s innovation for the world. UPI is arguably the first-ever, mass-scale innovative product emerging out of India and has the potential to be replicated across several countries where the card penetration is still not deep enough. It can create a new paradigm in the payments systems of those countries. Besides, it still uses the 2FA system making the transactions safe and secure. Bank of International Settlement, in a recently released paper, has mentioned the need and importance of UPI, adding that the model is now being watched globally. It can become an international model to facilitate quick and seamless payments.

What has also differentiated Indian products is the design thinking which is unique to the country. This is largely centred around simplicity, leading to scalability, which is critical given the enormous heterogeneity in languages spoken, purchasing power and the fragmentation and quality of mobile devices. At PhonePe, we have always built products that are simple and cater to a diverse consumer base. I believe that’s one of the primary reasons we have been able to capture such a large segment across India.