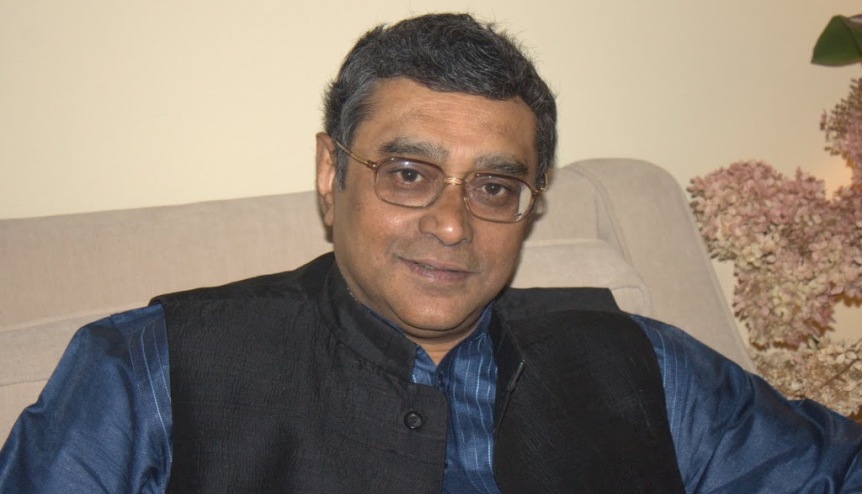 It is four years since India’s Prime Minister, Narendra Modi, came to power in New Delhi in an election whose categorical outcome came as a shock to most India-watchers. Having grown accustomed to fragile and sometimes inchoate coalition governments since 1989, it was assumed that strong leadership and political stability had bypassed India permanently.

It is not that P.V. Narasimha Rao (1991-96), Atal Behari Vajpayee (1998-2004) and Manmohan Singh (2004-14) lacked either vision or political sagacity. However, the conflicting pulls and pressures of the coalition dharma meant that hard decisions were often kept in abeyance.

There were, of course, important exceptions. In 1991, confronted with a grave balance of payments crisis, the Narasimha Rao government took the bold step of dismantling India’s inefficient and even venal licence-permit-quota raj that had become an impediment to economic growth and entrepreneurship.

Likewise, in 1998 Prime Minister Vajpayee stunned the world by undertaking nuclear tests. India was confronted with economic sanctions. But rather than retreat into another bout of protection, the sanctions became a trigger for even greater economic deregulation and the opening up of the Indian markets to foreign investment.

India’s GDP growth galloped between 2000 and 2012 but some of the beneficial effects of the boom were offset by the steep rise in corruption. The pulls and pressures of coalition political generated an unacceptable growth of ethical permissiveness.

Narendra Modi’s journey from being the Chief Minister of Gujarat (2001-14) to winning a resounding mandate in the 2014 General Election was facilitated by a combination of factors. First, there was widespread admiration of his record as a progressive and business-friendly administrator of one of India’s most dynamic provinces. Secondly, his personal reputation as a somewhat austere but completely incorruptible leader was twinned with an image of being a strong, no-nonsense leader. Finally, Modi possessed the ability to establish a direct connect with India’s youthful population that, by 2014, constituted nearly half the electorate and was unburdened by the political baggage of the past.

Unlike most politicians, Modi shied away from what has come to be known as the ‘povertarian’ appeal. Instead, he created a political narrative centred on aspirations, the desire of India’s youth for better opportunities and more global living standards.

Modi’s appeal has befuddled many India-watchers, not least within the country. The belief that the cult status he enjoys, particularly among the youth and a section of the emerging middle classes, was a manifestation of an Indian variant of fascism was assiduously disseminated by a section of the intelligentsia. Their invariable reference point was the 2002 sectarian clashes in Gujarat that led to an estimated 3,000 deaths. In the run-up to the 2014 General Election, a number of writers, academics and intellectuals based in the West wrote anguished letters to the ‘Guardian’ and ‘New York Times’ suggesting that India would change unrecognisably if Modi was to be elected. In the final days of the campaign, there was an attempt to shift focus to an abstruse debate on the ‘Idea of India’, a move that didn’t quite resonate with the electorate.

This hostility to Modi and his government has persisted without interruption in the past four years. Almost every outrage in India — and a country of India’s size and diversity has innumerable cases of uncivil conduct and some official excesses — has been met with allegations that somehow India is transforming into a lesser democracy. The protests may well be based on alternative notions of how India should evolve but they are not disconnected from the fact that the past four years have witnessed a steady marginalisation of the old elite that was nurtured by nearly seven decades of Congress patronage. Not surprisingly this angst, stemming from a loss of political power, has also been reflected in the foreign media’s coverage of India.

What may have compounded matters is Modi’s overall disinterest in cultivating either the old elite or even the media. His disdain for what is called Lutyens’ Delhi — India’s equivalent of Washington DC’s Beltway — is well known and amplified by his vocal supporters on social media. Modi has also severely curtailed the special privileged access enjoyed by the media on the (unstated) ground that this was being misused for lobbying.

It is tempting to be distracted by these colourful exchanges and arriving at the conclusion that Modi’s real priority is to wage ideological war against the Nehruvian consensus. To my mind, that battle is an incidental footnote. This is not least because the BJP does not possess the necessary human firepower to take the battle to the universities and the news rooms. These enclaves of Left-liberal thinking have been left relatively undisturbed and treated with a sense of benign neglect.

To view the Modi government through the prism of ideology is often tempting because the BJP often conveys a self-image of being an ideological party. Undeniably, there is a strong Hindu nationalist underpinning in the BJP, as reflected by its belief that what determines Indian nationhood is a cultural bond that must forever be nurtured and which predates the ‘Constitutional patriotism’ that came into being after 1950. This is also coupled with a loose and nebulous belief in India’s ‘manifest destiny’ and a corresponding disdain for rootless cosmopolitanism. In many ways the battles being witnessed in Europe between the ‘nowhere’ man and the ‘somewhere’ man has an Indian variant.

However, these ideological tensions over nationhood are of secondary concern to the Modi government. Having been elected on the strength of dizzying expectation and a promise of ushering the good times (achche din) for India, the foremost priority of Modi is ensuring rapid and somewhat equitable growth. To that end he put the ease of doing business and Make in India as his two top priorities. The first, aimed at minimising regulatory controls over business, aimed at creating an environment conducive to entrepreneurship. The relentless speed at which the Goods and Services Tax (GST) was implemented and whose progress was closely monitored was part of the larger objective of tax simplification. It encountered fierce opposition initially, especially from traders accustomed to do business below the tax radar, but Modi has perverted despite its political risks. The move now appears to be yielding dividends. 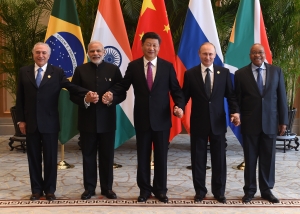 The second — a far loftier objective — was aimed at creating jobs in the manufacturing sector. It was complemented by the encouragement to what became known as the ‘family sector’—very small businesses run with household labour.

As of now, the overall results of Make in India is fiercely contested with each side proffering their own statistics. However, despite the slow growth of capital expenditure of enterprises controlled by India-based business groups, the efforts to trigger the growth of manufacturing and particularly services have had some success. Had jobless growth been the defining feature of the past four years, it is more than likely that India would have experienced social tensions on a significant scale. This certainly has not been the case. What appears to have happened is a slow shift away from ‘jobs’ to ‘livelihood’, marked by self-employment and less formal income generating schemes.

There is nothing decisively ideological about Modi’s economic policies. They have been distinguished by need-based pragmatism and a managerial approach to the problems confronting business. Perhaps the only ideological element was Modi’s belief that private business must be encouraged. This has been part of the post-1991 consensus with Modi adding political will and managerial efficiency to the calculation.

During the general election campaign, Modi often enunciated the principle of ‘maximum government, minimum governance.’ This was interpreted in some quarters as a prescription for rolling back the frontiers of the state, as, say, Margaret Thatcher had done in the United Kingdom. Consequently, there has been disappointment that government spending, far from being reduced, has risen quite sharply over the past four years — albeit with care that the fiscal deficit is kept firmly in check. This has given rise to the belief that, notwithstanding his campaign assurances, Modi is as much a statist as his Congress predecessors. It is said that the only difference is that he has a corresponding commitment to ensure that the state conducts itself efficiently.

Some of these conclusions are warranted. After the BJP suffered unexpected defeats in the Assembly elections in Bihar and Delhi in 2015, Modi appears to have concluded that an impression he is excessively pro-business was politically detrimental. In a significant change of tack, the Bill for the acquisition of agricultural land for industry and public works was shelved. More to the point, the political rhetoric became visibly pro-poor.

To conclude that Modi had shifted gear and embraced the Indira Gandhi-style of populism is, to my mind, hasty. One of the main election commitments of Modi was to combat corruption and cronyism. To this end, his government announced a series of tax compliance measures that culminated in the demonetisation of some 86 per cent of the currency in circulation in November 2016. Demonetisation was sold to the people as a draconian anti-black money measure — and it certainly contributed to an exponential rise in the number of direct tax payers. However, alongside it was the projection of the democratisation of financial institutions. By facilitating the opening of zero balance bank accounts and encouraging digital payments, Modi projected himself as the pioneer of financial empowerment of the people. Simultaneously, there was a concerted crackdown on big defaulters. These included industrialists who had negotiated their way out of debt through political connections.

The impression that Modi is somehow biased against the private sector is widespread in some circles in Mumbai. Curiously, this sits alongside the charge by the Opposition parties that the government is partial to fat cats. Obviously, both can’t be true. The reality is that the Modi government doesn’t have a grand economic project centred on ideological convictions. The dramatic rise in public expenditure was entirely a consequence of the sluggish capital investment of the private sector. Modi had the option of waiting for Indian corporates to extricate themselves from their debt burden and clean up their internal regimes. Politically that would have been extremely costly and would have risked political discontent. Consequently, from 2015, the government stepped up public investments, particularly in infrastructure, without waiting for the private sector to chip in. Correspondingly, it increased its reliance on foreign direct investments (FDI) on the belief that these didn’t come with attached political baggage.

One of the lessons Modi drew from the experience of the Vajpayee government was that reforms — including privatisation — and infrastructure upgradation does not yield immediate political returns and often ends up disappointing supporters. Consequently, there was an attempt by the Modi government to focus simultaneously on immediate deliverables. Four of these initiatives have had a substantial impact: the electrification of all villages coupled with a significant improvement in power supply; the supply of cooking gas to women in poor households; the construction of toilets — particularly aimed at rural women — as part of the Swachh Bharat campaign; and the facilities for zero balance bank accounts in public sector banks for those hitherto outside the purview of the banking system. The next bold measure, likely to be inaugurated in October, provides healthcare up to Rs 500 million to nearly half the population of India.

In Western democracies, welfare is often seen as a Left-wing obsession. In India, Modi has assumed the mantle of welfare messiah and begun the process of constructing a modern welfare state with the proceeds of economic growth. The next Indian General Election will reveal whether or not an approach that blends managerial efficiency with pragmatic, non-ideological choices can also yield political returns.

For Modi, the projection of national pride goes hand in hand with a do-what-is-necessary approach. To cast Modi in an ideological mould misreads the focus of his first term as Prime Minister.

Swapan Dasgupta is a veteran Indian columnist and Member of Parliament, Rajya Sabha.

About the Author: Swapan Dasgupta