UK-India tech jugaad can open up many possibilities 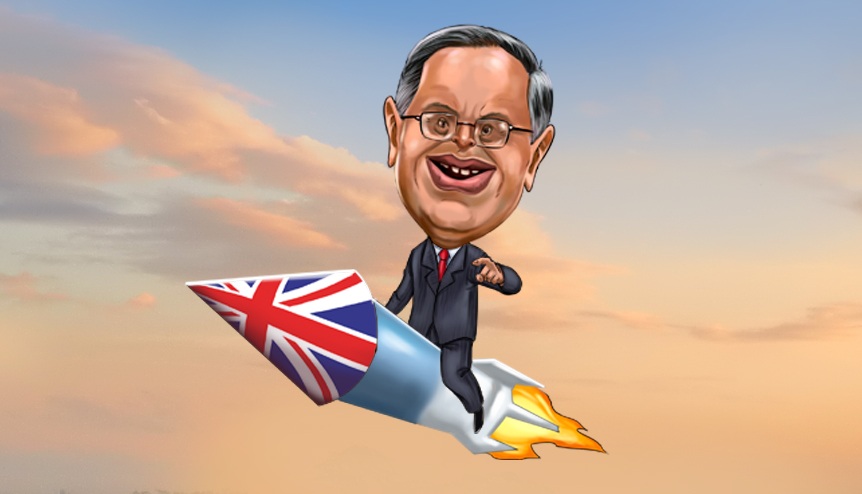 Distractions of Brexit aside, the exchange of ideas like frugal innovation and joint projects can start clicking into place as part of the UK-India Tech Partnership, writes India Inc. Founder & CEO Manoj Ladwa.

As you will know by now, I am a passionate votary of closer UK-India ties across the spectrum. I, and dozens of others like me, have often chaffed at the bit with frustration over this relationship that promises so much but is often caught up in mundane transactionalism that sometimes reduces it to a zero-sum game.

So, the UK-India Tech Partnership that was launched earlier this year came as a breath of fresh air and proved once again that both London and New Delhi actually want to take bilateral ties forward despite the understandable distraction of Brexit.

In my opinion, this particular collaboration stands out for one main reason. And that is the leading role offered to the private sector. In other words, it will be mainly tech businesses in the two countries that will have to walk down the path charted by the two governments. That’s rather reassuring. As the Co-Founder and former Chairman of Infosys, Narayana Murthy, points out in an exclusive interview in the latest edition of ‘India Global Business’, the need of the day is to create a synergistic partnership between companies in the two countries.

Yes, the two governments will be involved and rightly so. After all both Indian Prime Minister Narendra Modi and his British counterpart Theresa May have declared more than once that they see lasting value in strengthening and deepening the centuries old ties that bind the two countries. Modi’s 2015 successful UK visit was stamped with the slogan ‘Two Great Nations, One Glorious Future.’

But to return to the Tech Partnership, there is much that Britain and India can achieve together and get from it. The world’s fifth and sixth largest economies, they’re both technology leaders in their own right. The UK is among the world’s top nations in high technology manufacturing and processes while India is widely acknowledged as the world’s software factory.

The Tech partnership fits in very well with the Modi government’s ambitious Digital India initiative. Connecting every part of India with high-speed internet networks will facilitate the spread of technology to the farthest corners of the country that is home to one-sixth of humanity. It will push digital penetration and literacy in India and create jobs and deliver governance to the remotest corners of the country.

Remote Net-based healthcare services, e-education, financial inclusion, governance and delivery of government subsidies and services are just some of the issues that Digital India is helping address and resolve.

This is a gargantuan task. I feel the Tech Partnership will give a fillip to the participation of British companies in this project, in much the same way as US, Korean and Japanese companies are seizing the moment of opportunity.

That’s just the icing on the cake; the stuff of the headlines. The real bread and butter stuff – exchange of ideas, exchange of personnel and joint projects making up the nuts and bolts of the alliance will be the main generators of what experts expect to tote up to billions of dollars of revenues and millions of new jobs.

Then, there’s the prospect of cooperation in third countries, especially in Africa, where both countries have large stakes and an established presence. Here, may I cheekily suggest that some amount of “digital jugaad” may be called for. Loosely translated, jugaad is a Hindi word for innovative, low-cost and out-of-the-box ideas that helps resolve seemingly intractable problems.

The Tech Alliance will without a doubt encounter problems whose resolution, with conventional methods and systems, will be too expensive and/or too time consuming. That is where India’s skills at frugal engineering solutions and the ubiquitous jugaad approach can offer a way out.

The possibilities are endless. A good beginning has been made. As an eternal optimist, I see that as a glass that’s half empty just before it is topped up.

I am delighted that the India Inc. annual Leaders’ Summit in June next year will push forward the UK-India Tech Partnership by encouraging incisive discussion between key stakeholders on AI and other digital collaboration across our two conferences and eight forums as part of UK-India Week 2019.