Skip to content
Trump’s US vs Brexit-hit UK: Indian professionals can take control

Trump’s US vs Brexit-hit UK: Indian professionals can take control 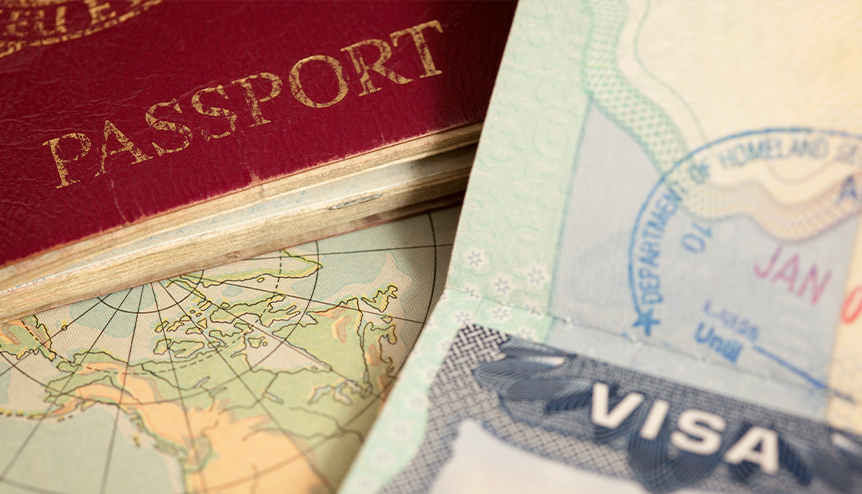 The US imposing increasingly stringent visa norms is in stark contrast to moves across the Atlantic, with the UK gradually moving towards a quota-free system for skilled professionals.

The ease of movement of skilled professionals across borders lies at the heart of globalisation but remains one of the most contentious issues when it comes to striking trade deals or any cross-country alliances. Indeed, it was the concept of free movement of people that is believed to have swung the vote in favour of Brexit in the June 2016 referendum. The spectre of sheer numbers inundating a nation and piling pressure on finite resources has dominated the political agenda of most developed economies.

In the United States, it has taken the form of the infamous wall that brought an entire administration to a standstill and in the United Kingdom, it manifested itself in the vote in favour leaving the European Union (EU). In both scenarios, the one crucial missing link is the failure to strike the right balance between control of borders and a fair visa regime for skilled professionals.

While the UK is showing some signs of trying to meander its way towards acknowledging that important distinction with its post-Brexit Vision 2021 strategy, the US seems to be taking a few steps back by imposing ever-stricter caveats on the popular H1B visa.

As a first step leading up to a consultation period for its post-Brexit visas and immigration regime, UK Chancellor Philip Hammond used his Spring Budget statement in March to announce that the government would be removing PhD-level jobs from its current cap on skilled work visas.

“[A] key pillar of our plan is backing Britain to remain at the forefront of the technology revolution that is transforming our economy. And to support that ambition, from this Autumn we will completely exempt PhD-level roles from the visa caps,” Hammond said in his speech in the House of Commons.

“From Autumn 2019, PhD-level occupations will be exempt from the Tier 2 (General) cap, and at the same time the government will update the immigration rules on 180-day absences so that researchers conducting fieldwork overseas are not penalised if they apply to settle in the UK,” he noted.

According to the most recent UK Home Office data, Indians form the largest chunk of highly-skilled professionals within the Tier 2 (General) category of work visas, accounting for 54 per cent of all such visas granted in 2018. Indian nationals also marked the largest increase in the grant of Tier 2 visas last year, up by 6 per cent at 3,023 more visas compared to the previous year.

The UK government’s latest PhD-level visa exemption was welcomed by UK universities, who are key employers of international researchers.

“This is fantastic news for Indian researchers who would like to work in the UK, and for UK universities – who thrive on bringing together a diversity of brilliant minds from around the world,” said Vivienne Stern, Director of Universities UK International, the main representative body for UK higher education institutions.

“Many of the UK’s leading researchers, in fields ranging from biomechanics to gender politics, come from India. Outside of Europe, India is the third-largest country of origin for academic staff in the UK,” she said.

Universities UK International said that despite making up only 0.9 per cent of the global population, the UK is responsible for 15.9 per cent of the world’s most highly-cited research articles. These achievements are made possibly as a result of the international community of researchers that work at and with UK institutions, it acknowledges.

The new announcement came soon after doctors and nurses were removed from the Tier 2 cap to address shortages in the state-funded National Health Service (NHS) last year. Currently, only a limited number of visas are issued every year under the Tier 2 skilled worker section of the visa system.

The UK has effectively taken the first step towards the complete removal of a cap on visas for skilled workers in 2021, when a new immigration system comes into force.

“We already issue more skilled worker visas to Indian nationals than to the rest of the world combined, and I am delighted to see many Indian students coming to study at our world-class universities,” UK immigration minister Caroline Nokes had said following a Migration Dialogue with Indian government officials in January this year.

“Under the new system, operating from 2021, we will always be open to the brightest and best from India, who wish to come to live and work in the UK,” she said.

British Prime Minister Theresa May is also on record claiming that the aim of the new system is to ensure parity for professionals from anywhere in the world.

“As we leave the European Union, free movement will end… This will be a system where it is workers’ skills that matter, not which country they come from,” she said last year.

“We are taking a skills-based approach to ensure we can attract the brightest and best migrants to the UK,” added UK home secretary Sajid Javid, making a reference to his own Pakistani origin as the “son of immigrant parents”.

Now, it would seem that as the UK is taking steps to prove that “Global Britain” is more than just a catchphrase, the more inward-looking approach of the US might result in offering skilled Indian professionals a clear alternative in the coming years.

Indian professionals have historically been the largest beneficiaries of the H-1B visa programme in the US, getting over two-thirds of the non-immigrant work permit issued to technology workers. However, with rising protectionism, Indian IT firms have been forced to reduce their dependency on these visas and last year got just 16 per cent of the 65,000 visas issued.
The ultimate losers in the wider scheme of things would be the US companies who rely on this crucial talent. A study by the US think tank National Foundation for American Policy found that Amazon, Microsoft, Intel and Google were among the top 10 employers who got H-1B visa for employees in 2017. These companies, which typically pay higher salaries than the Indian ones, attract more high-skilled talent.

However, if the perception builds up of an unwelcome scenario in the US, Indian skills will naturally gravitate towards a more welcoming global market.