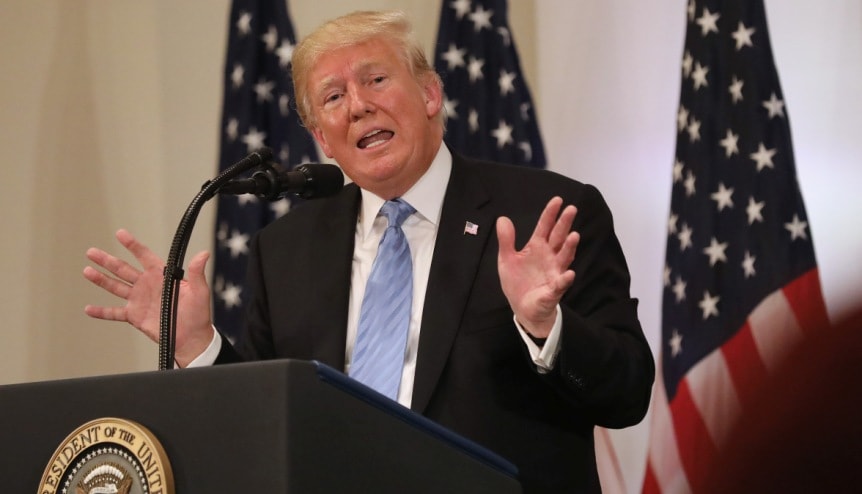 It was only last week that US President Donald Trump praised India in glowing terms, calling it a free society of a billion-plus people that has successfully pulled millions out of poverty.

A week later, India is the “tariff king” that imposes high import duties on US products and, having been caught out by a wise and sagacious White House occupant, now wants a trade deal.

Welcome to the world according to Trump. Frankly, I don’t quite know how to interpret him. Does he speak for effect? Does he tailor his message to suit the audience? Or does he really mean what he says?

We’ll leave that for another day. For now, the more important question is: What next?

For I have no doubts in my mind that having publicly said, soon after cutting an agreement with Canada and Mexico, that India also wants a trade deal with the US only to please him, he has left himself little wiggle room to back out.

But saner counsel should tell him in private that international trade deals are not negotiated at press conferences. The grandstanding by the US President and the discourteous braggadocio on display at the media briefing will only serve to undermine the drudge work being done over many months by the US Trade Representative’s office and the Government of India.

Just consider this: Trump may have been scoring brownie points with his electorate at home but as the head of arguably the most powerful government in the world, shouldn’t he have considered how his statement would be received in India?

Any trade deal will have to involve give and take from both sides. But with election fever hotting up in India, it will be extremely difficult for the Narendra Modi government – and, indeed, any other government in the given circumstances – to make even the slightest concession on trade without inviting strident charges of selling out.

If anything, Trump has made it almost impossible for his trade team to proceed with the negotiations.

I am convinced, as, I am sure, are most of you, that the US President is not overly bothered about such nuances. He has tasted blood – having got North Korea to the negotiating table and after forcing Canada and Mexico to renegotiate and replace the two-and-a-half decade-old North American Free Trade Agreement (NAFTA) with the very unimaginatively titled US-Mexico-Canada Agreement (USMCA) – and now wants more of the same from trade partners such as the European Union (EU), Japan and India.

Trump is playing a very high stakes game of global poker by painting himself as some sort of iconoclast-bogeyman who has no respect for set international norms and rules, or even agreements signed by his predecessors. Never mind that this is cutting the ground from under the very edifice that the US had helped design and maintain since the end of the Second World War, which has brought it and several other countries unprecedented prosperity and global influence.

But despite his own falling global standing and the US’ diminishing global prestige thanks to his antics, Trump has shown a single-minded devotion to not straying from the line he has drawn on the ground.

After blowing hot and blowing cold on India till now, he seems to have set his sights on what he considers a fair trade agreement with New Delhi. So, the Modi government will have to be prepared for unilateral punitive, or at the very least, additional tariffs on Indian exports as well as other restrictions for Indian goods and services entering the US market.

I am pretty sure Trump will do what he has set out to do. What are India’s options?

One is to wait it out. Some analysts I have spoken to in the US, here in the UK and elsewhere, are pretty certain that Trump will not be re-elected in 2020. So, they advise all US trading partners to keep stalling till a more balanced and rule-respecting administration takes office. The results of the mid-term elections due in the next couple of months in the US may offer us a clue on how Trump will behave for the latter half of his term.

This could be an option but is a risky one. For one, engaging in a trade war with the US – even for a short while – will come at a huge cost for all its trading partners, including India, and could cause long-term damage to India’s rising growth trajectory.

Then, the US and India have emerged as close strategic partners and share a common vision, especially for the Indo-Pacific. India has shed past inhibitions and signed defence and strategic agreements with the US to share logistics and bases for their armed forces and also align their military communications.

Now, there is widespread acceptance of these pacts among the Indian public, which has enabled the Modi government to ignore criticism from an influential section of the old establishment that still swears by instinctive anti-Americanism. But a potentially bruising trade war that hits the Indian economy and hurts the common Indian will hit this popular support. This will affect the long-term strategic goals of both countries.

It will also almost certainly hit the burgeoning defence trade between the two countries. Someone should tell Trump in private that India’s defence purchases from the US creates jobs in that country and adds ballast to the US’ global prestige as a supplier of high quality military hardware.

A second option could be to engage with the US, make some interim compromises in return for a few important concessions. For example, the US President keeps talking of high import duties on Harley Davidson motorbikes as though they are the most important item of bilateral trade.

India could offer to lower duties on these superbikes in return for easier entry norms for its domestic talent. India is mainly a service economy, with the sector accounting for almost 60 per cent of GDP, and a concession here will almost certainly give the Indian government room to compromise on other products.

I take great solace from the fact that the US has provided an exemption from tariffs for Indian steel and aluminium exports with some conditions. According to news reports, the US will exempt a certain percentage of India’s exports of these items. The US had imposed duties of 25 per cent and 10 per cent on steel and aluminium, respectively, on India in March. India wants a complete waiver on the lines of what the US has granted a few other countries.

A few months ago, the Indian government had decided to raise tariffs on almonds, apples and walnuts imported from the US from August 4 but subsequently put this off as negotiations are on.

This, in my opinion, is the way to go… Trump walking back from the brink on sanctioning India for importing oil from Iran and defence platforms from Russia makes me think that he is adopting an absolute position only as a bargaining chip. His bite, in the final analysis, may be less toxic than his bark.

We will have to wait with bated breath to see how this plays out. Meanwhile, we will also have to hope the US President’s next brainwave doesn’t derail the work others have already put in.