Skip to content
Trump puts India in a fix on Iran

Trump puts India in a fix on Iran 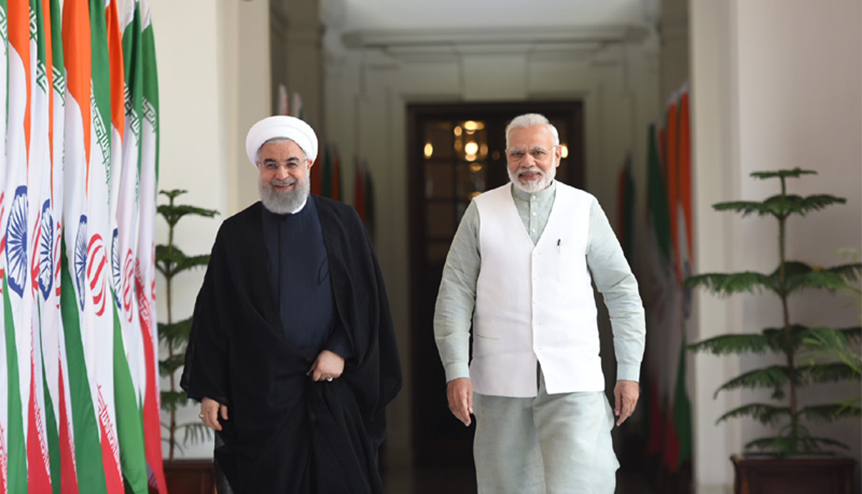 The decision of the US government to impose economic sanctions on Iran, which came into effect from August 6, has put India in a precarious position.

The unprecedented sanctions that were unilateral in nature unlike by the US government in the past that were taken in consensus with its allies in Europe are a consequence of Trump administration’s decision to withdraw from the Joint Comprehensive Plan of Action, an international deal that sought to limit Iran’s nuclear programme in exchange for easing pressure on its domestic economy. President Trump wants all countries to start winding down their ties with Iran from August to a complete isolation by November – to the extent that the US has threatened to freeze its trade ties with any country that is found to be doing business with Iran by November 5.

It is a scenario that puts India in a fix. India has for long shared a healthy relationship with Iran, with the Middle Eastern nation in particular helping to quench India’s seemingly endless thirst for crude oil. With an annual crude production of 234 million tonnes in 2017, Iran is the world’s fifth-largest oil producing nation. India on the other hand imports over 80 per cent of its crude oil requirement every year and is the world’s third-largest oil consumer. In 2017-18, India imported crude worth $ 88 billion, a 25.5 per cent growth over fiscal 2017. In volume terms, refiners imported 220 million metric tonnes in fiscal 2018 against 214 million metric tonnes in the previous fiscal.

Iran’s contribution to this import basket has always been significant even as it has fluctuated depending on global sanctions that have in the past forced India’s hand as well.

Traditionally, Iran was India’s second-largest supplier after Saudi Arabia till 2010-11. Sanctions from the western countries led by the US in subsequent years saw its position slip to outside the top five. Since 2015, however, as the sanctions eased, supplies rose to an all-time high of 27.14 million tonnes in fiscal 2017. That also made Iran the third-largest supplier of crude to India.

Imports fell by 16.8 per cent in fiscal 2018 as India reacted to Iran’s decision to award development rights of its Farzad B gas fields to other companies. Further, Iran which routinely sweetens the deal for oil imports to India, also decided to lower the discount on freight from 80 to 62 per cent.

Indian refiners received about 458,000 bpd (barrels per day) of oil from Iran in 2017-18, compared to about 543,500 bpd during 2016-17. State refiners, including Indian Oil Corp, Mangalore Refinery and Petrochemicals Ltd, Hindustan Petroleum Corp and Bharat Petroleum Corp, along with it subsidiary Bharat Oman Refineries Ltd that account for almost four-fifth of the oil imported from Iran, lifted about 27 per cent less oil during the fiscal. Overall, India imported 22.6 million tonnes of crude from Iran in fiscal 2018, worth $ 8,979 million.

Earlier this year however, the two countries began an attempt to mend fences by resuming their negotiations on the Farzad gas field. Iran also offered to increase the freight discount to India to 100 per cent. Further, it also provides higher import credit of 90 days to India as compared to 30 days by other countries. This lowers the working capital requirement of Indian refiners when they import from Iran.

On the back of this, Iranian minister of petroleum Bijan Zanganeh hoped in February this year that he would be able to sell 500,000 bpd oil to India in 2018-19, even as the threat of sanctions from the US was lurking in the background. At that time, sources in the Indian government had in fact indicated imports from Iran could rise to as much as 600,000 bpd given the rising prices of crude globally. It made more sense for India to trade with Iran given the price sensitivities.

It is this dependence on crude from Iran that has prompted India to take an initial defiant stand against the US sanctions. In July, Indian minister for external affairs V.K. Singh said in a written reply to a question in India’s Lok Sabha that its ties with India were not dependent on a third country.

“Both sides are engaged in developing a long-term partnership in energy deepening of trade and investment cooperation and an early and full operations of Shahid Beheshti Port at Chabahar”, he said.

Oil minister Dharmendra Pradhan has been a bit more cautious.

“We will go by our own interests,” he says. “There is not a single crude oil producing country today from where we don’t buy crude today. We have even placed orders with Brunei. So there is no threat of supply disruptions because of the latest threat of US sanctions.”

Yet at the same time, beyond the realm of state diplomacy, India can ill afford to antagonise the US. Bilateral trade between the two countries was worth $126.1 billion in 2017, making US the second-largest trading partner for India. The two countries have set a target to increase bilateral trade to $500 billion in the future. In contrast, India’s bilateral trade with Iran is just $13 billion, with oil contributing $9 billion of that. More importantly, India enjoys a trade surplus of nearly $21billion with the US, which means it exports more than what it imports from there enabling it to earn foreign exchange in the bargain. With Iran, India has a massive trade deficit.

As a result, the impact of the strain in relations between the US and Iran is already being felt on India-Iran bilateral trade. Though there has been no official communication yet, the Indian government has given feelers to its refiners to prepare for drastic reduction in import of crude from Iran from November onwards. Already, private refiners like Nayara Energy and Reliance Industries plan to put a complete halt to their imports in future. They significantly cut imports in June. To give a context, in 2017-18, Reliance Industries had boosted imports from Iran by about 50 percent to about 81,000 bpd.

India does have a few options to circumvent the sanctions against Iran. The most obvious one is to seek a waiver from the US. In the past, the Obama administration had given waivers to India and some other countries to import crude from Iran. From a strategy point of view, it may not be in the interests of the US for a complete clampdown of crude oil trade between India and Iran, as that would make Tehran more dependent on China and move the two countries closer. For India to make a case for a waiver this  time, it would still have to make significant reduction in imports from the current situation. Even then, that would be a better bet as against no waivers at all. In that case, India may find it hard to find a replacement without a significant increase in its oil import  bill.

“In the absence of waivers, Indian refiners will have to seek alternatives that are likely to be more expensive,” says a report by Edelweiss.

Further, a severe drop in oil production in Iran may also have a cascading impact on global crude prices that can exacerbate matters further for India. Already, demand for crude is strong globally while there are supply side constraints due to the crisis in Venezuela where crude oil production is in dire straits. Adding Iran to the mix will probably trigger another round of price increase.

The other option for India would be to resort to using currencies other than the dollar to pay Iran for the oil purchases. The US sanctions would mandate that payments are routed through either local or foreign banks that don’t have close ties to America. The last time sanctions were in place India initially paid Iran via a Turkish bank before routing payments through a domestic financial institution. It also, along with China, sought to get around the restrictions by trading oil with Iran for local currencies and goods including wheat, soybean meal and consumer products.

“The processing of Iranian crude also gives better yields and better operating margins. Crude oil imports from Iran during June and in the first quarter may have increased due to low-base effect in financial year 2017-2018 and pre-buying by Indian oil refiners in response to the November deadline,” says K. Ravichandran, Senior Vice-President at ratings and research agency ICRA.

A lot will still depend on how hard the stance of the Trump administration will be from November onwards. The issue is likely to get prominence when Indian External Affairs Minister Sushma Swaraj and Defence Minister Nirmala Sitharaman jointly host US Secretary of State Michael Pompeo and Defence Secretary James Mattis in New Delhi for the India-US 2+2 Strategic Dialogue on September 6.

For now, it is certain that the issue will play out in diplomatic circles before it impacts the economics of India-Iran trade. Between trying to manage its oil economics where Iran lends a helping hand, and more far reaching strategic ties with the US, India finds itself between a rock and a hard place.