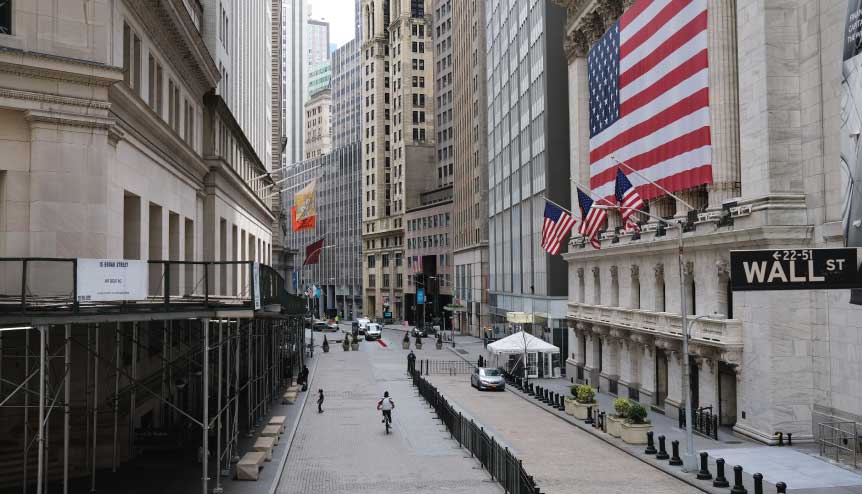 In this first of a six-part series, financial markets expert, B V Krishnan shares his outlook on the historicals of the US markets, as they continue to drive the equity market sentiment across the board.

Many friends have asked me about my outlook for the equity markets, in the US and in India, in these uncertain times. In response, I am putting down my thoughts in this six-part series. The analysis is intentionally concise, across a few different dimensions. 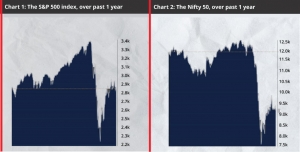 The S&P 500 (see Chart 1 – the daily chart of the Index from Bloomberg) saw its life-time high on 19 February 2020. Then we saw the Index drop 34 per cent in 33 days. This was followed by a 31 per cent rally in the Index over the next 37 days. The swings in the Dow Jones have been no less dramatic. That is an extraordinary whipsaw over a short period of time. Since then, the markets have moved somewhat sideways, and surely in a much narrower band. In effect, year-to-date, the S&P 500 is down ~8 per cent. From a year ago, the Index is up ~4 per cent. The Index is presently trading at a trailing P/E multiple of ~21x. 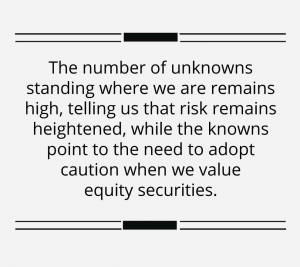 This series starts with an emphasis on the US markets, as they continue to drive the equity market sentiment across the board.

Let us start with a couple of pieces of historical analysis, which will be the focus for this note, before we move to the fundamentals in the next note. 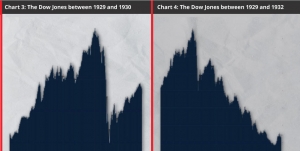 Many have compared today’s economic environment to the 1930s. Let us reflect on the equity market crash that started that decade. The Dow Jones saw a peak in Sep 1929.

Chart 3 reflects a period that can provide a comparison to what we have seen this year thus far in the markets – a sharp correction by 48% from the peak, followed by a 48% rally. That was the near-term movement as the markets walked through a sharp fall and felt the need for a pull-back after a quick drop. However, if we walked forward through to July 1932 (see Chart 4), the markets had fallen a whopping 89% from their 1929-peak. It is useful to keep this in mind, as often there are assertions that markets will not test recent lows, as they have meaningfully traded up since then.

Let us now compare some recurring themes for equity market recoveries over the past century through a couple of widely used valuation metrics. 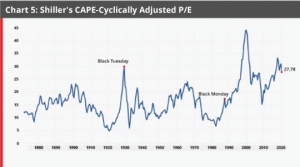 The chart reflects the price earnings ratio for the S&P 500, based on the average inflation-adjusted earnings from the previous 10 years, known as the Cyclically Adjusted PE Ratio (CAPE Ratio). In simple terms, it is the price divided by the average of ten years of earnings (moving average), adjusted for inflation. The interesting aspect if you look at the chart is that (intuitively) recoveries of equity markets, after sharp falls, occur after CAPE sees significant corrections. For context, the market’s CAPE as of May 20, 2020 is at 27.93, which reflects an elevated level for the ratio, if one were to look at history, especially of times when there is a start to a long-term rally, after a sharp fall. 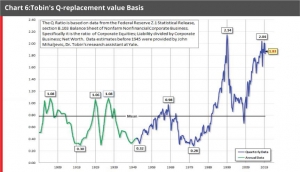 The chart reflects the Q Ratio, which is the total price of the market divided by the replacement cost of its companies. You notice from the chart that historical recoveries of equity markets, after sharp falls, occur after the Q Ratio has corrected down to around 1.0x or below. The market’s Q Ratio as of April 2020, basis Q4 2019 data for replacement value, is 1.83x, which is well above its historical mean.

To sell or not to sell

While there are noted limitations to the analysis provided by these ratios, they do point to a market that remains elevated in valuation terms, especially for a strong long-term rally to occur, from where we stand, if one were to take a consistent look at historical market corrections over the past century. 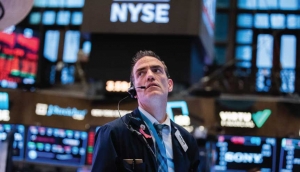 So “To sell, or not to sell”? The number of unknowns standing where we are remains high, telling us that risk remains heightened, while the knowns point to the need to adopt caution when we value equity securities. So, market valuations, in aggregate, point to further corrections ahead.

*Tomorrow: The Fundamental Outlook – It is a long and grinding road ahead

Disclaimer: The thoughts in this note are not meant to provide, and do not purport to be, investment advice but are rather in the nature of a narrative about the economic and financial markets.