The unveiling of Amit Shah 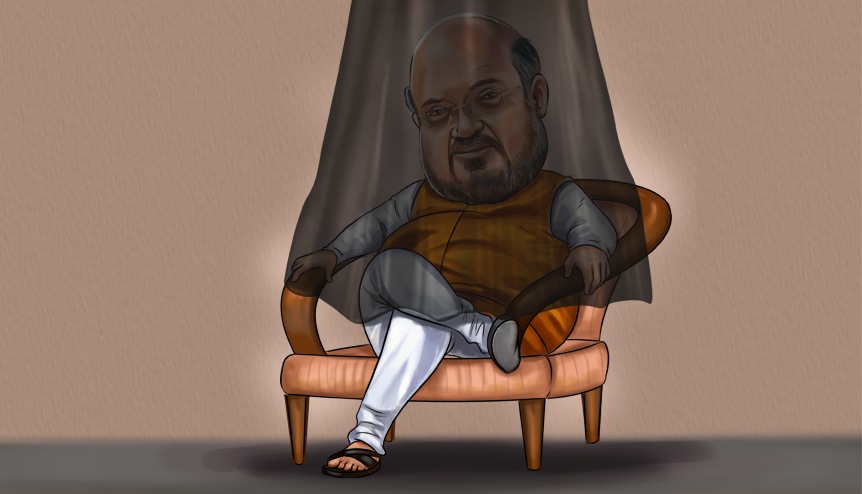 A little more than five years ago, when Narendra Modi stormed to power in New Delhi for the first time, Amit Shah was a bit of an unknown quantity to most Indians, barring those from their home state of Gujarat. There was curiosity about the man people knew mainly as Modi’s low-profile, trusted lieutenant who had delivered the crucial state of Uttar Pradesh for the BJP and emerged as the “man of the match” of the 2014 General Election.

Five years on, Shah is a much more visible face, grabbing eyeballs on television and headlines in newspapers as he has, with almost military precision, guided the BJP to a string of victories in states across India; culminating in the decisive mandate for the Modi his government in the recently-concluded General Election.

If Modi was the charismatic pan-Indian leader who was “conquering” new territories for the BJP across the country and setting new milestones in political administration, then Shah was, through much of the 2014-19 period, his backroom Chief of Staff. He was busy tying up alliances at the local level, building up and strengthening the party organisation, firming up social combinations that would help the party and setting the ground for the Prime Minister to weave his political magic.

In his second term as Prime Minister, Modi has brought Shah out of the backroom and has thrust him into the limelight – as both Home Minister of India and President of the BJP. These twin responsibilities, and the fact that he is probably India’s most powerful Home Minister in decades, make him, effectively, Modi’s de facto Number 2 and heir apparent.

I don’t think anyone can accuse me of exaggerating when I say that Shah has repaid Modi’s faith in full measure. The consummate skill and political astuteness with which the Home Minister has piloted several contentious Bills through the Indian Parliament has left admirers wonderstruck and rivals shell-shocked.

Readers who are familiar with Indian politics will know that despite winning two back-to-back mandates from the Indian people, the Modi government has been hamstrung by its lack of majority in the Upper House of Indian Parliament. As a result, the Opposition, despite losing the support of the electorate on the ground, had succeeded in stalling the passage of several important legislations.

That constraint remains, but Shah’s adroit political management has rendered the Opposition impotent, to a large part.

This week, Shah added another feather to his cap by piloting the withdrawal of special status for Jammu & Kashmir, a key promise in the BJP’s election manifesto, through both Houses of Parliament. The revocation of the contentious Article 370, which granted special status to Jammu & Kashmir and, by most accounts, held back the economic development of the state, has catapulted him to the forefront of Indian politics, and the world’s attention and intrigue.

By using some of the political capital earned by Modi, Shah has proved that he is willing to do and go where no other Indian politician would dare. He has bulldozed through legislations that the BJP believes are essential for creating what the Prime Minister has evocatively called New India’s developmental journey.

Hailing from a family of successful stock brokers, Shah also has a sound knowledge of business and is probably the only Indian Home Minister to head several ministerial committees dealing with the economy. This gives him authority beyond his allotted portfolio and cements his position as the most powerful man in India after Modi.

The just-concluded Budget Session of Parliament has set a new record for passing 35 legislations, easily obliterating the record set in 1952 when 24 laws were passed. And a large part of the credit should go to Shah.

India is fast getting to know him. And though he hasn’t stepped out of India in the last 20 years, his dominance on India’s political landscape will have wide global implications. It’s time for the world to take note.