The twists and turns of the UK’s golden visa 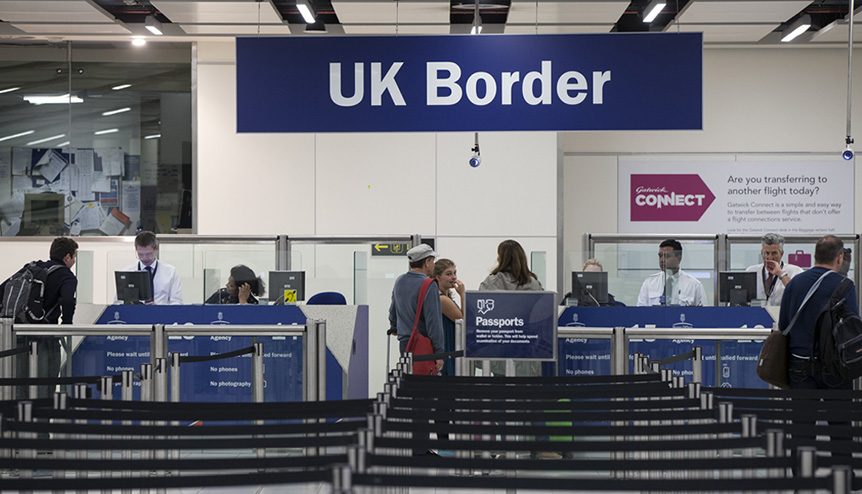 Britain’s special Tier 1 Investor Visa, used by hundreds of Indian billionaires over the years, was to be suspended by the UK government over its feared misuse before a U-turn.

The UK government recently confirmed a U-turn on plans to suspend a visa category dubbed the “golden visa” in reference to its use by super-rich foreign nationals to acquire fast-track settlement rights in Britain.

The Tier 1 Investor Visa, used by many high net worth Indians over the years, was to be suspended in December 2018 over fears of its misuse. The UK Home Office announced that the route would be suspended until new rules are put in place in 2019, under which independent, regulated auditors will assess such high net worth applicants’ financial and business interests and check they have had control of the funds for at least two years.

However, the Home Office backtracked days later, saying the plans are on hold, without an explanation behind the decision.

“The Tier 1 (Investor) visa is not currently suspended, however we remain committed to reforming the route. A further announcement will be made in due course,” a Home Office spokesperson said.

Golden visas have been widely condemned by those who believe they leave the UK open to corruption or stolen funds being laundered through the UK from countries like Russia, China, India and the Middle East. 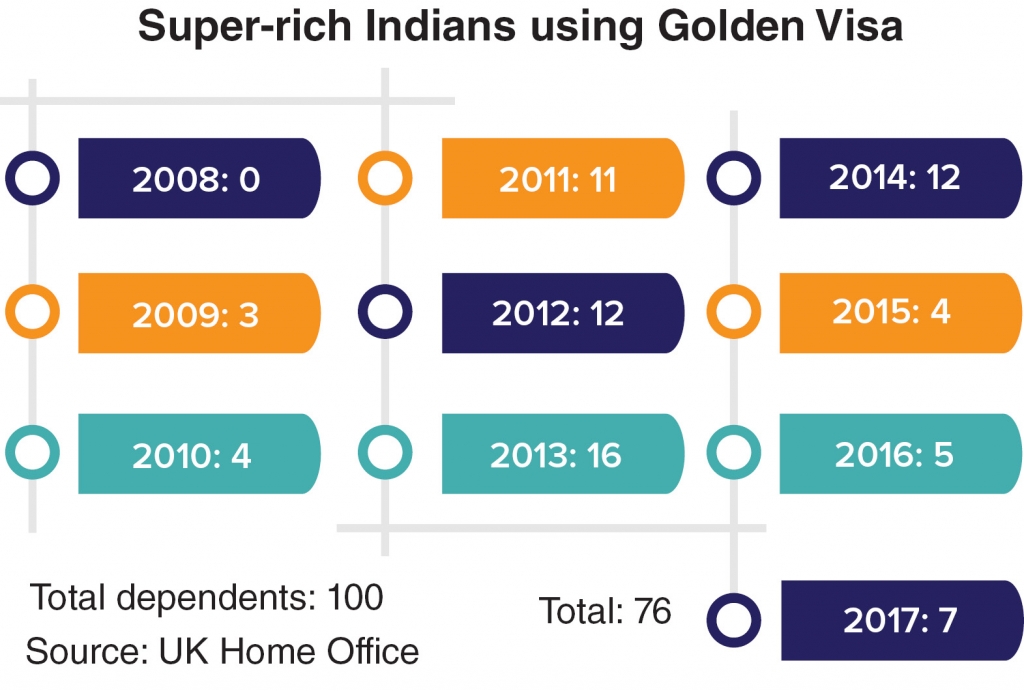 Transparency International UK, a non-profit anti-corruption body which had welcomed the crackdown, condemned the reversal, which it said is believed to be the result of opposition from other UK government departments.

“It is vital that government has a joined up approach to fighting corruption with departments working together in unison. We are concerned to hear conflicting messages on government action on this important issue over the past week,” said Rachel Davies Teka, Head of Advocacy at Transparency International UK.

“We call on the government to urgently clarify its policy towards the Tier 1 Visa Scheme, as well as set a timetable for when and how the promised review of previous recipients will be carried out,” she said.

The group said that any new investor visa system must be water-tight, and subject to independent checks to ensure it does not become a “red carpet” for those who seek to use the UK as a safe haven for their “ill-gotten gains”.

Under the scheme under review, a £2 million investment bought a visa and indefinite leave to remain (ILR) in the UK after five years. An investment of £5 million cut down the eligibility period for ILR to three years and £10 million meant the investor could be eligible for permanent settlement within two years along with his or her dependents.

According to official figures, around 76 Indian millionaires have used this visa category to gain permanent settlement in Britain since 2009, with a peak of 16 Indian applicants in 2013 and seven in 2017. The highest number of the over 1,000 such visas issued last year went to Chinese and Russian millionaires.

The Home Office had launched an investigation into Tier 1 Investor visas issued to wealthy Russians as relations between the UK and Russia nose-dived following the deadly nerve agent attack on former Russian double agent Sergei Skripal and his daughter Yulia earlier this year. It led to Chelsea football club owner Roman Abramovich withdrawing his Tier 1 Investor visa application and has since acquired Israeli citizenship instead.

The Home Office had confirmed that its probe into the visa route would not be limited to just Russian billionaires and would form part of a wider crackdown on money laundering.

As part of new rules planned from 2019, independent, regulated auditors are set to assess such high net worth applicants’ financial and business interests and check they have had control of the funds for at least two years.

Transparency International UK welcomed the crackdown and called on the government to take urgent action on individuals found to have invested suspicious wealth into the UK via the Tier 1 Investor visa scheme.

“Property and other high-end sectors are increasingly accused of allowing dirty money into the UK but it’s astonishing to think that the UK’s own visa scheme can be used to launder corrupt money into the UK. Once obtained ‘Golden’ visas can also open the door to channel much larger sums of stolen cash into our financial system,” said Duncan Hames, the organisation’s Director of Policy.

“Any individuals found by this review to have brought suspicious money into the UK should be subject to police investigation into the provenance of all their UK assets,” he said.

UK Immigration minister Caroline Nokes said: “The UK will always be open to legitimate and genuine investors who are committed to helping our economy and businesses grow.

“However, I have been clear that we will not tolerate people who do not play by the rules and seek to abuse the system.”

Reforms to the system will also aim to increase the benefits to UK companies by excluding investment in government bonds and strengthening the rules to ensure investments are made in active and trading UK companies.