The Indian factor behind COVID-19 deaths in the UK

The Indian factor behind COVID-19 deaths in the UK 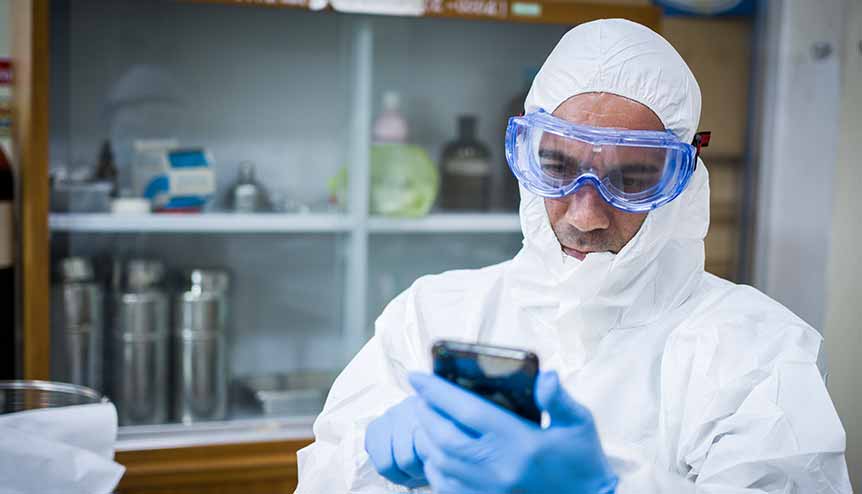 The UK government has announced a review into the factors behind a disproportionately high representation of Indians and ethnic minorities in the coronavirus pandemic death toll, including doctors and nurses on the National Health Service (NHS) frontlines. However, the UK’s Opposition Labour Party, which had been pressing for such a review alongside medical and epidemiological experts, has demanded more information on its exact parameters.

The Department of Health confirmed that of the 19 fatalities within the state-funded NHS, 10 were medics from minority ethnic backgrounds. Given that Indian-origin doctors form the backbone of the NHS and with scores of retired medics answering the government’s clarion call to return to join the COVID-19 fightback, representations for research into the factors behind this discrepancy have been gaining momentum.

A recent report by the UK’s Intensive Care National Audit and Research Centre (ICNARC) revealed the country’s ethnic minority population is more likely to require intensive care admissions, nearly triple the 13 per cent proportion in the UK population as a whole.

The crucial aspect of any investigation into the varying factors behind this disparity would be access to detailed data and the British Association of Physicians of Indian Origin (BAPIO), the main representative group for Indian doctors in the UK, says it has a qualified team of researchers at hand as soon as the official statistics are made available.

“The reasons behind this trend will not be any one thing but a complex set of factors, be it Vitamin D deficiency, the lack of social distancing measures within a large Indian family household set up or a genetic predisposition. We will know only once we have the relevant data to analyse,” said BAPIO President Dr Ramesh Mehta.

The group unveiled a new academic tie-up with one of the UK’s leading research institutions, Imperial College London for a new Research Forum to analyse the higher death rates from COVID-19 among Indian-origin and ethnic minority healthcare professionals. Its study will help target measures to mitigate risks and obtain a better understanding of incidences, outcomes and risk factors behind a “significantly” higher rate of coronavirus related mortality among minority ethnic medics.

BAPIO says its new Forum will run parallel with the government’s review as it has also been invited by Sir Simon Stevens, CEO of NHS England, to be part of a panel to draw up an action plan to take the investigation forward.

“The work could have far-reaching consequences for our communities, now and in the future,” said Dr J.S. Bamrah, BAPIO chairman.

The British Medical Association (BMA), the key professional union for doctors in the UK, has also been actively lobbying the government over the issue.

“We are pleased that the government has heeded the BMA’s call for this review. However, if the review is to have any meaningful impact, it needs to be informed with real-time data to understand why and how this deadly virus can have such a tragic disproportionate toll on our BAME communities and healthcare workers,” said BMA Council Chair Dr Chaand Nagpaul.

The BMA wants daily updates on ethnicity, circumstance and all protected characteristics of all patients in hospitals as well as levels of illness in the community, which is not currently recorded.

“The government must take every necessary step to address this devastating disparity and protect all sectors of the population equally and now,” says Nagpaul.

Among some of the causes of concern is that retired NHS medics from within the Indian community may now be within an even higher risk category as they take up jobs to bolster the workforce in its hour of need.

“We propose that irrespective of ethnicity, senior and retired clinicians should be redeployed preferably away from frontline duties,” says Professor Parag Singhal, one of the doctors on the NHS frontlines.

The Opposition stepped in to highlight the underlying socio-economic factors as a crucial aspect of this disproportionate death rate and called for a wider assessment of the reasons for greater vulnerability among some communities. 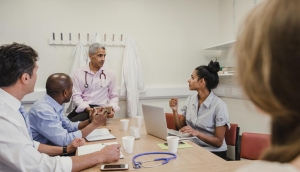 Marsha de Cordova, Labour’s Shadow Women and Equalities Secretary, said: “It reflects the shocking underlying inequalities facing BAME communities as a whole – who are disproportionately represented in the numbers of people getting the virus.”

The government’s Department of Health says it is working to protect all communities and has repeatedly pledged a boost to personal protective equipment (PPE) supplies for NHS medical staff. The direct correlation between a persistent shortage of PPE and the NHS death toll is likely to be a significant factor, however, the additional genetic and societal criteria that impact the ethnic minority segment within that wider group need far deeper analysis.

UK Health Secretary Matt Hancock admitted the need for this as he commissioned a UK-wide review. “We have seen, both across the population as a whole but in those who work in the NHS, a much higher proportion who’ve died from minority backgrounds and that really worries me,” he said.