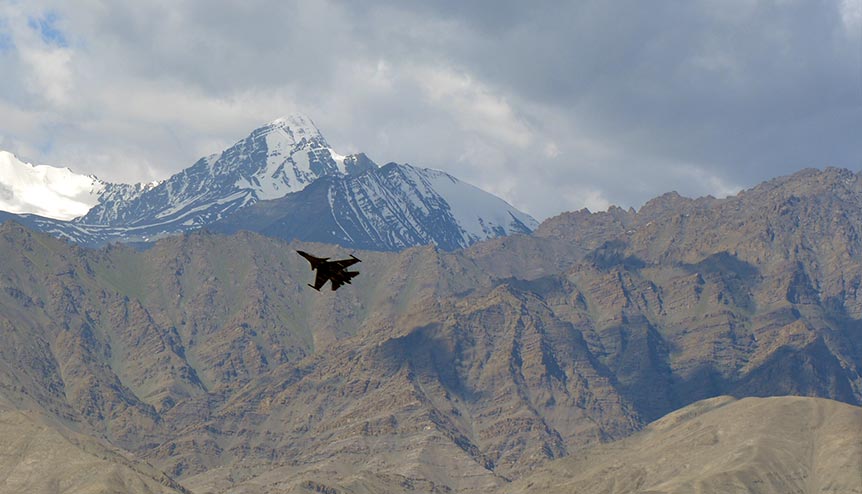 The Himalayas represent conflicting cultural interests linked to the geopolitical power-play of China and India against a complex backdrop of history. While New Delhi has repeatedly thwarted Beijing’s quest for unilateral dominance in the mountains, Galwan has changed the game.

It was a special milestone for the Buddhist spiritual leader – but also an occasion to gauge the contours of the Great Game in full play in the dizzying heights of the Himalayas during the aftermath of the Galwan Valley episode involving China. Indeed, the day became more of an occasion for social media one-upmanship among a section of political parties in India rather than a time to remember the quiet struggle of the Dalai Lama for the past several decades and its import on Indian geopolitics. 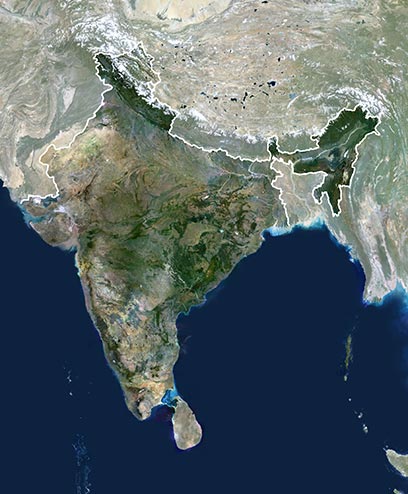 The renewed focus on the Himalayas in recent weeks goes on to show how the region has become the new theatre for geopolitical supremacy.

“Undoubtedly, India has invested a lot in Tibet and that cannot be allowed to go to waste. Thousands of powerful lamas and leaders have been sheltered and nurtured in India. However, the pattern of these people settling down in the southern Himalayan ranges and building mega infrastructure with dubious funds from outside the country cannot be allowed to continue endlessly,” wrote former Indian diplomat Phunchok Stobdan in his seminal book, “The Great Game in the Buddhist Himalayas: India and China’s Quest for Strategic Dominance”.

According to Stobdan, the Himalayas represent the overriding power of the conflicting cultural interests connected to the geopolitical power-play of China and India against a complex interplay between religion and politics, sectarian divides, historical rift points and the linkages with Tibet.

Stobdan, who served as India’s ambassador to the Kyrgyz Republic, also contended in his book that the strategic significance of the Tibet issue had evolved for both India and China: “In recent years, New Delhi has been looking for other options to deal with China to safeguard its national interest,” he wrote.

Last month, Stobdan argued forcefully for a recalibration of the Sino-India cooperation in light of the Chinese aggression at Galwan Valley. “India must respond to China’s move, not just through military means but through a forward-looking strategic, economic and connectivity vision matching China’s BRI project. It must think about reconnecting and resuming old trade links. Ladakh is a geostrategic axis or a pivot point for India to reach out to central Asia, Europe and Russia. The Dorbo-Shayok-DBO road should be called the Ladakh economic corridor. It should be India’s approach to go beyond the Himalayas,” he wrote in an op-ed column for Hindustan Times.

The renewed focus on the Himalayas in recent weeks goes on to show how the region has become the new theatre for geopolitical supremacy – it is today what central Asia was to the US and USSR a few decades back. With India swiftly moving to reassess its strategic interest in the area and to enforce new reprisals to contain Chinese ambitions, it has also become a centre of global attention.

Indian Prime Minister Narendra Modi invoked the importance of the Himalayas in an inspiring speech to Indian soldiers during his surprise visit to Leh last week: “Friends, this part of Ladakh is India’s symbolic head and it represents the prestige and pride of 130 crore Indians. This land belongs to the braves that worship mother India and are ever ready to sacrifice their all for her.”

Prime Minister Modi also acknowledged the stellar contribution of the Indian military apparatus in being one of the enduring pillars of the country’s strategic strength. “I use my voice today, as was once said by national poet Ramdhari Singh Dinkar, to speak of your bravery and to salute you. I again offer my tribute to soldiers who were martyred in the Galwan Valley. The bravado and the lion-like roar of these braves has made even the earth speak of their valour. Every countryman’s head bows with respect before your bravery. Every Indian citizen’s chest swells with pride because of your bravery. This earth is full of tales of your gallantry,” Modi said.

Apart from boosting the morale of the Indian armed forces stationed in the freezing and hostile terrains of the Himalayas, the speech also underscored the significance of a region where bilateral and multilateral relations are being constantly reviewed in the aftermath of the Covid-19 pandemic, impacting not only the politics of the Himalayas but also its geo-economic environment. 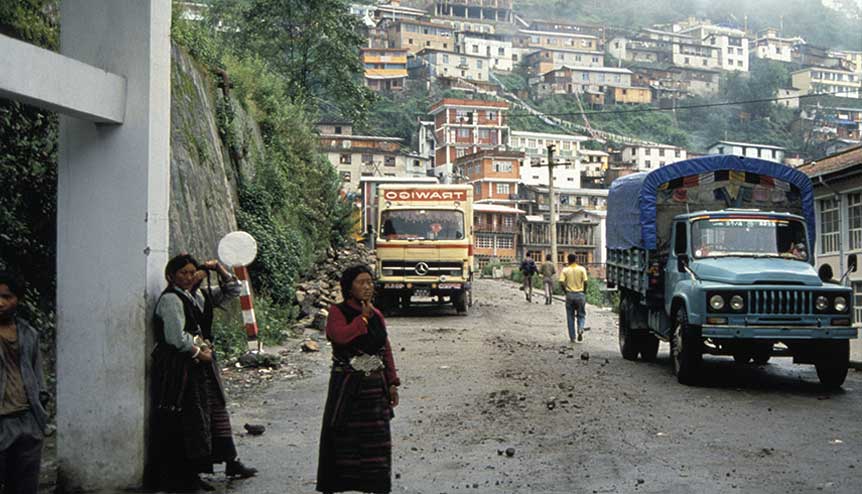 The Himalayas represent the overriding power of the conflicting cultural interests connected to the geopolitical power-play of China and India.

If we travel back in time, India’s independence and Chinese annexation of Tibet played a major factor in determining the course of politics in the Himalayas for the past decades, with repercussions for India, China and even the neighbours of these two countries. Prime Minister Modi’s ‘Neighborhood First’ and ‘Act East Policy” that were adopted early in his first term are a further validation of the critical importance of finding the right balance in the Himalayas.

With the focus of US defence forces in the region and the build-up of Chinese defence assets along the Tibetan plateau, the larger power game between the two largest economies of the world is in full play – and India has a massive stake in maintaining strategic equilibrium.

“Unresolved border questions between China, India, and Bhutan are likely to flare up again, especially with increased militarisation along the border and heightened nationalism on both sides. Unless Beijing and New Delhi achieve a durable modus vivendi on their own borders, they cannot expect their other diplomatic manoeuvres to have a lasting effect on the geopolitics of the Indo-Pacific region,” said Dr Anne-Marie Schleich, the former German Ambassador to New Zealand and an expert on Asian geopolitics.

According to her, India’s policies are moving in the right direction by strengthening its bonds with the QUAD and finding new ways to repel aggressive Chinese designs in the region. “It is still an open question whether the previous China-India partnership of convenience on trade and investment issues and in multilateral organisations, such as BRICS and SCO, will continue. India remains seriously concerned about a more assertive China and its increased role in the region. India, therefore, aims to have greater geopolitical flexibility by reinforcing its ties with its immediate South Asian neighbours and with its Quad partners,” she said.