Skip to content
Tackling the Dragon in India’s cyber rooms 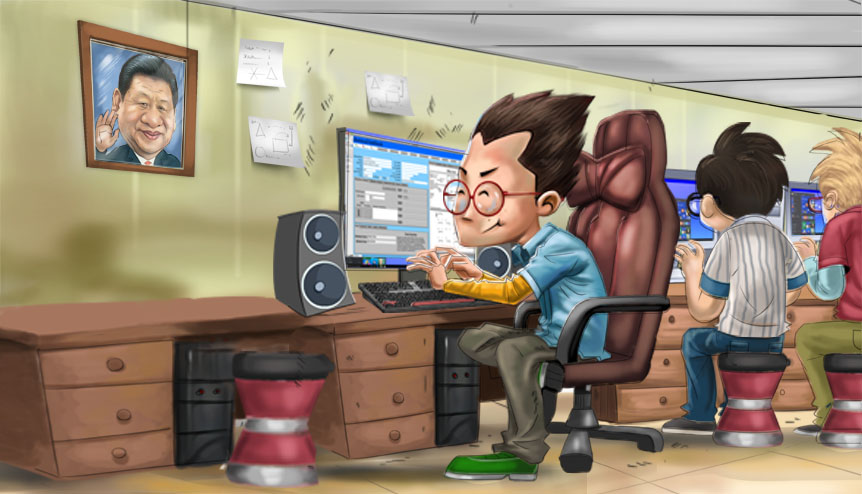 I recently read a very disturbing piece in ‘The Times’ (London) about Russia allegedly “targeting British teenagers as part of a cover campaign to sow discord among young westerners”.

The report cites the example of the Kremlin allegedly using fake celebrity posts to spread Russian propaganda with the intention of creating confusion about, among other things, the Salisbury poisoning.

Russia has reportedly tried to spread panic after the London terror attacks and unleashed a misinformation campaign on Brexit and on Scottish independence. These tweets were retweeted hundreds of thousands of times, spreading the fake news far and wide, the report said. That set me thinking.

Chinese mobile phone companies dominate the Indian market and its internet giants are buying-in big time into Indian start-ups in a variety of verticals, including social media.

Now, setting political correctness aside, I wondered if China could, if it chose to, spread similar disinformation in India. It is no secret that he who controls the flow of information wields the most influence.

That is why totalitarian regimes around the world spend billions of dollars and have large bureaucracies dedicated to spread official propaganda at home and disinformation abroad.

Most strategic experts agree that India is China’s long-term rival and that Beijing is doing everything in its power to ensure that India is denied its rightful place at the global high table – from blocking India’s attempt to become a member of the Nuclear Suppliers’ Group (NSG) to vetoing Western attempts to designate Pakistani national Hafeez Sayeed as a global terrorist in order to keep New Delhi off balance.

Despite my long held belief in India’s systematic economic liberalisation and opening to global competition, I question the prudence of allowing a free run in India’s buoyant social media space.

The country has many fault lines that run across divides of religious, caste, regional, financial and social. These are regrettably exploited by groups sworn to destabilise India, and much more easily these days through the explosion in social media usage.

The question there is whether India is prepared to handle a concerted and determined attack on its social fabric via social media? My concern increases many folds when I read about the opaque dividing line between the Chinese Communist Party, the country’s government and its big businesses.

As the example of Elemental and Supermicro cited in the latest edition of ‘India Global Business’ cover story titled ‘The Big China Hack’ illustrates, the Chinese security establishment’s tentacles run deep into the country’s business houses, which are widely rumoured to further Beijing security and strategic objectives.

Nothing that I know, have read or have discussed with experts convinces me that China’s intentions towards India are benign. Large Chinese companies such as Alibaba, Tencent, Xiaomi and Oppo, which have become big players in the Indian internet and mobile telephony space can, thus, wield, albeit unobtrusively so far, disproportionate influence over the Indian mind-space.

Just as Russia has unleashed a disinformation campaign in the West to further its own strategic goals, it is quite plausible for Beijing to do the same in India at a time of its choosing.

In my view, it’s high time that effective measures to control the possibility of a fallout of such a campaign, but as New Delhi’s, and the world’s, struggles with Facebook and WhatsApp show, it will be easier said than done. Hence in addition to regulation, Indian business must step up their game through technology, and their own strategic investments in indigenous platforms and striking friendly global alliances.

There are too many points of potential conflict between the two countries; so, India can afford to treat this lightly only at great peril to itself, and indeed, its friends.