Straight to the points 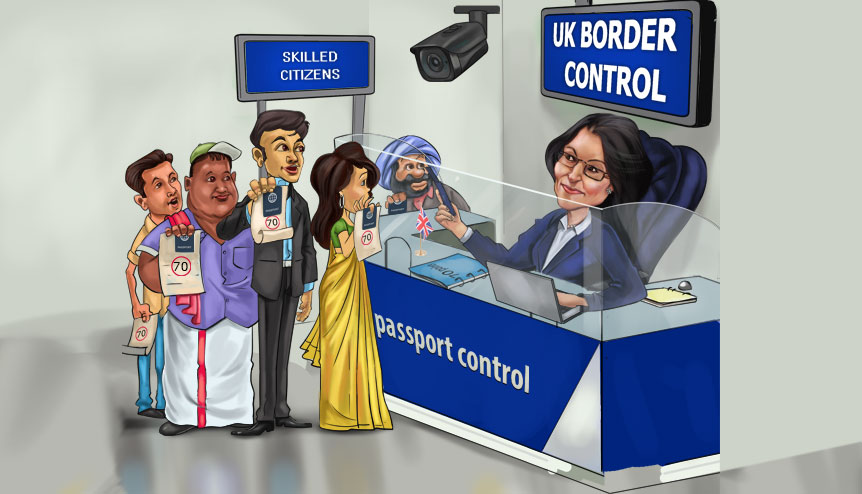 The UK’s new points-based system opens up some bright prospects for exploring the best kind of UK-India future trade agreement.

Priti Patel, the UK Home Secretary who tabled the new points-based system (PBS) in Parliament, is not only at the forefront of its implementation but also someone who has been advocating this change alongside Prime Minister Boris Johnson since the June 2016 Brexit referendum.

The duo had consistently pledged a “fair, firm and fundamentally different” visa regime, which ends the “discrimination” between migrants from within the European Union (EU) and outside. Now, freed from the so-called shackles of the bloc’s free movement of people rules, Patel unveiled her new “flexible and comprehensive” immigration blueprint that clamps down on cut-price EU workers.

India, already granted the largest chunk of skilled work visas under the current visa regime, will no doubt be at the front of the queue of the new system based on tradable points for skills, language, job offer and salary levels. Indians have never had access to the UK’s low-skilled economy because of the strict non-EU visa norms. The only demand the Indian government ever had was a system that treated its professionals and students fairly, an issue at the heart of any new free trade agreement that the UK would want to strike for greater access to the Indian market.

Attracting the “brightest and the best from around the globe” is Patel’s declared goal, a phrase that has played out all through the Brexit process. Her new system does open up some bright prospects for exploring the best kind of UK-India future trade agreement.