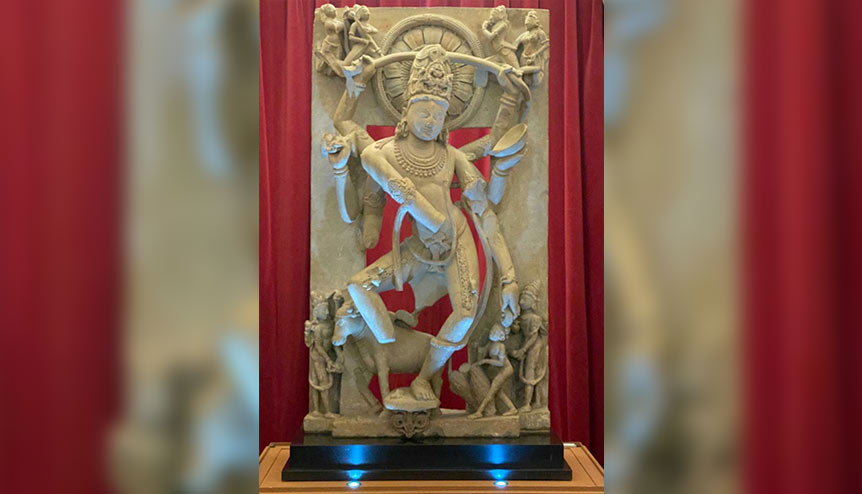 A rare late ninth century stone Shiva statue, which had been a prominent display at India House in central London, has been safely repatriated to the Archaeological Survey of India (ASI).

The stone Nataraj/Natesha murti, in “chatura pose with jatamakuta and trinetra” almost four-feet-tall and a rare depiction of Lord Shiva in the Prathihara style of Rajasthan, was stolen in February 1998 from Ghateshwar Temple in Baroli, Rajasthan. In 2003, it came to light that the original murti had been smuggled out to the UK.

“When this information was received in London, the UK authorities were contacted and with their support the matter was pursued with the private collector, who was in possession of the idol in London. He voluntarily returned the idol to the Indian High Commission in the UK in 2005,” said the High Commission of India in the UK. 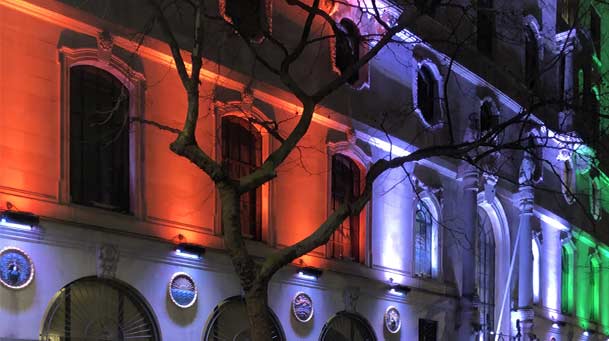 In August 2017, a team of ASI experts visited India House and examined the idol, which took pride of place inside the building’s main lobby. The experts confirmed that it is the same murti that was stolen from Ghateshwar Temple.

An official Indian government communique said that in line with the government of India’s renewed impetus to protect India’s cultural heritage and showcasing it to the world, the Indian Ministry of External Affairs (MEA) along with India’s law enforcement agencies have been actively pursuing investigations and restitution of stolen and smuggled Indian antiquities. As a result, antiquities and idols have been returned to India from various countries, including the US, Australia, France and Germany.

The High Commission of India (HCI) in London said it has also been playing a leading role in the successful restitution and repatriation of India’s cultural heritage.

“HCI is presently working with various law enforcement agencies to trace, seize and retrieve stolen artefacts. HCI is working on many such cases at present. We are confident that in coming days, in partnership with the ASI, government of India, state and central authorities as well as UK law enforcement agencies and independent experts, we will be successful in returning more items of our cultural heritage to India,” a statement said.

Some examples of restitution from the UK include the Bramha-Brahmani sculpture, which was stolen from India and returned to the ASI in 2017. It has found a prominent resting place at Purana Quila Museum in New Delhi, in the gallery curated by the ASI.

On August 15, 2018, a 12th century bronze statue of Bhagawan Buddha was restored to the Indian High Commission by the Metropolitan Police in London and then handed over to the Indian government last year.