Start-ups will define the future of employment in India 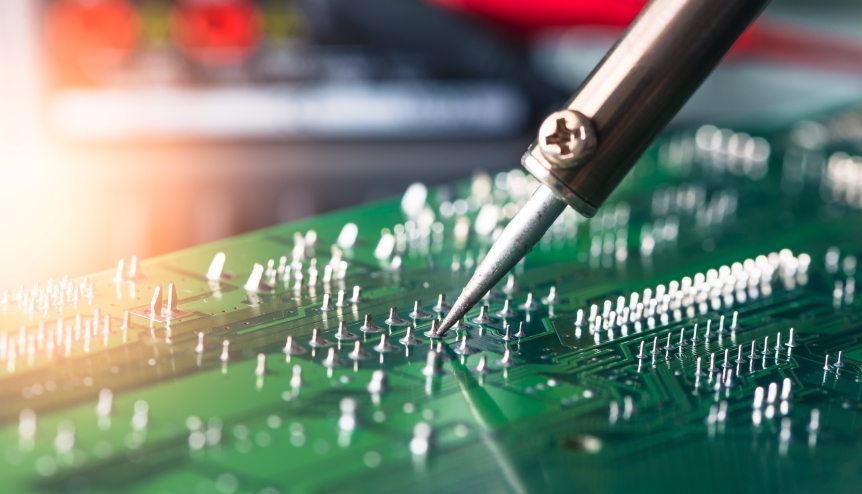 In this regular column, our industry expert weighs up the impact of start-ups on jobs.

There has been an ongoing discussion on whether technology creates jobs or kills them. With the surge in the number of tech-based start-ups on the rise, there have been discussions on the impact start-ups make on jobs.

Research has time and again shown that technology has net-net created far more jobs than it has destroyed. A study by Deloitte drew on data going back to 1871 in England & Wales and found that technology has been a job-creating machine. The conclusions drawn in the report are resoundingly positive. It concludes that rather than destroying jobs, technology has been a “great job-creating machine”. It further concluded that if we want to create an economy that is a jobs machine, we are going to have to have more business start-ups.

Research suggests that start-ups are responsible for all net job creation during most years, while existing firms (aged one year and older) are usually net job losers. To be fair, start-ups have a definitional advantage because they can´t lose jobs and some of their created jobs will surely be lost by the time they reach year one. But in terms of the life-cycle of job growth, policy makers, industry and other stakeholders should appreciate the astounding effect of job creation in the first year of a start-up’s life.

Globally, all major start-up ecosystems have reported huge number of jobs being created by start-ups in the economy. The Enterprise Research Centre had reported that Start-ups created a million jobs in the UK between 2014 and 2015. The Australian government’s Department of Industry, Innovation and Science reported that start-ups and early-stage companies generated nearly all the 1.6 million new jobs created in Australia from 2003 to 2014. The US Census Bureau in its Business Dynamics Statistics stated that start-ups created over 2 million jobs in 2017. Many other start-up ecosystems globally have over the last few years reported substantial contribution of start-ups in job creation in the economy.

In India, the situation is equally encouraging. Industry experts estimate that since 2005, start-ups have created more than 100,000 direct and over 300,000 indirect jobs in India. The jobs created by these start-ups are high-quality that have been created locally. The Indian unicorns such as Flipkart, redBus and Snapdeal together employ more than 7,000 people. According to a Nasscom report, start-ups are expected to create 250,000 jobs in India by 2020.

The average annual salaries offered by start-ups (less than one year) range between INR 2 lakh to INR 5 lakh. These increase exponentially and touch about INR 12 lakh or higher as the start-up grows. These are not as attractive packages as compared to the large corporates, however, the challenges and dynamism in the start-up job attracts the millennials. But to attract and retain more talented start-ups and most importantly ecosystem stakeholders like investors, the government will have to find an innovative way to match the salaries with the market standards.

While start-ups do come with their own set of risks and challenges and their success rate of 10 per cent remains a huge concern, one cannot deny the attraction they hold. Start-ups are creating and will continue to create more jobs, but they are not great-paying ones yet. If things start to turn around a bit, rising pay at start-ups should be next.

In the frenetic world of technology innovation, corporations are being disrupted and increasingly at risk of being outpaced by their new emerging competitors – tech start-ups. Nearly 50 per cent of the current S&P 500 will be replaced over the next 10 years, and the average lifespan of an S&P500 company may be as little as 12 years by 2027.

Although many corporations have begun to work with start-ups, senior executives still have some way to go in navigating the start-up eco-system, and realising the real benefits.

In the India Calling series this month, we review Growth Enabler Pii, a “Start-up for Start-ups”. Founded by ex-Gartner leaders, Rajeev Banduni and Aftab Malhotra, GrowthEnabler have developed an AI-enabled platform that connects corporations with start-ups whose digital solutions match their business priorities and needs. It is called GrowthEnabler Pii (Personalised Intelligence Interface).

They have developed robotic process automation for the intelligence industry that can automate an analyst’s role, by creating on demand automated reports with relevant digital solutions. Their mission is to “discover” the most innovative and disruptive start-ups, globally, that will accelerate the digital transformation and business growth of large corporations.

The success of innovative start-ups is at the heart of GrowthEnabler Pii’s business. They offer visibility to number of fast growing tech start-ups, who are seeking new clients, investment and an opportunity to collaborate and partner with large organisations. Around 1.78m tech start-ups enter the market each year. With GrowthEnabler Pii, start-up companies have an opportunity to get “discovered” by potential clients around the world, giving opportunity for commercialisation and global expansion. Start-up business profiles within the platform are divided into five categories – Product & Innovation, Financial Strength, Business Model, Leadership Team and Media & Branding. Information about each start-up is passed through their proprietary algorithms to generate a score based on 60 parameters: this provides an indication of Start-up’s stage of maturity (‘Emerging, ‘Scaling’, ‘Mature’), as well as its strengths and areas of focus.

Efficacy of score is strengthened by peer group benchmarking. The team believes this will become the new industry standard in scoring and identifying high growth start-ups and disruptors. This system means that the start-ups are scored and profiled fairly, based on their product innovation and other merits rather than as a result of social and industry network connections or their financial status alone.

In India, GrowthEnabler Pii have signed an MoU with the Government of Karnataka to foster an environment of support for start-up companies in the state. Through their platform they will showcase start-ups from Karnataka to global Fortune 500 companies and for investors who are keen to tap into the Bengaluru start-up ecosystem.

Other than GrowthEnabler Pii’s own services, the co-founders also lead the Tech London Advocates (TLA) India. TLA India is the Indian chapter of Tech London Advocates, a network of more than 6,000 tech leaders, entrepreneurs and experts in London, across the UK and in over 50 countries worldwide. TLA India strives to connect the Indian and UK tech ecosystems to find ways to synergise and collaborate across start-ups, universities, and large companies and accelerate global growth.

*The views expressed herein constitute the sole prerogative of the author. They neither imply nor suggest the orientation, views, current thinking or position of FICCI. FICCI is not responsible for the accuracy of any of the information supplied by the author.