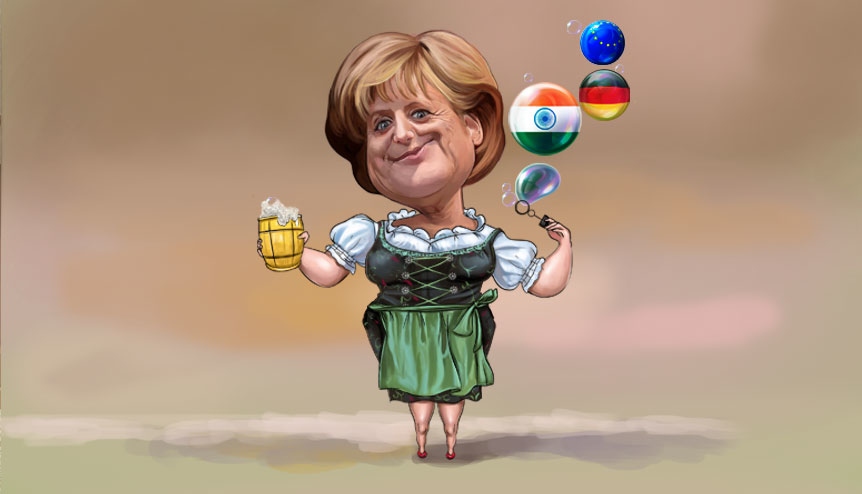 Despite the inordinate delay in finalising a free trade agreement with Brussels, the India-Germany are enjoying a robust bilateral trade, diplomatic and strategic relationship.

It’s ironic that even as the institutional India-European Union relationship drifts along, New Delhi enjoys robust bilateral trade, diplomatic and strategic relationships with the bloc’s three most powerful constituents – the UK, France and . But of the three, Germany, which will become India’s largest trading partner in the EU if and when Brexit takes place, enjoys, perhaps, the lowest profile.

This, however, is not for want of any economic or political heft. In fact, over the last few years, Germany has emerged as, arguably, India’s most important partner in a number of emerging fields – such as climate change and sustainable development, artificial intelligence, cyber security and agriculture technology.

Add this to the economic and cultural muscle that comes from a bilateral trade figure of more than $24 billion, the $12-billion investment by more than 1,700 German companies in India, the massive support extended by the German government and its corporate sector to flagship Indian programmes such as Make in India, Skill India, Start-Up India and Smart Cities and the presence of more than 20,000 students in German institutions of higher learning, and you have all the makings of what could well become another defining bilateral relationship.

However, the inordinate delay in finalising a free trade agreement with Brussels is holding back a more rapid ramp-up of trade and closer integration of the two economies. But in the absence of progress in those talks – in face of intransigence on the part of EU to meet India half-way – New Delhi and Berlin will have to depend on bilateral mechanisms only to extract maximum mutual benefit from the relationship.