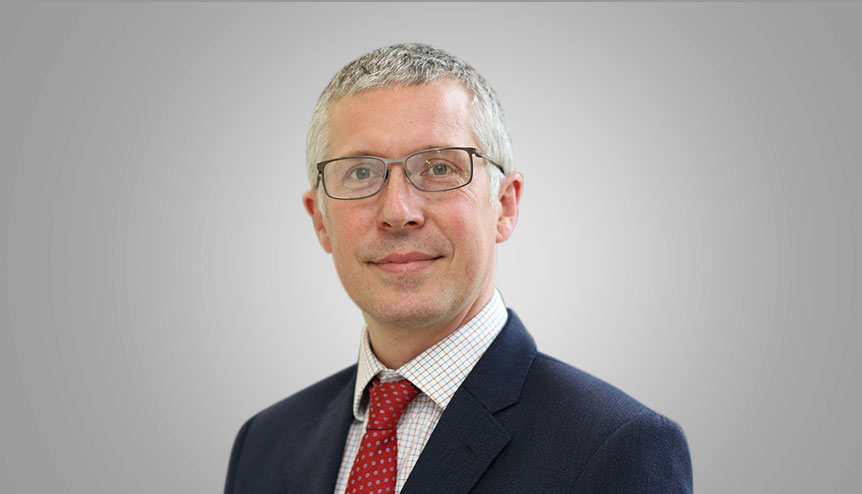 A British diplomat encapsulates how the Indian diaspora in the UK plays a major role in creating a Living Bridge between the UK and India.

I’m Head of the South Asia Department in the Foreign and Commonwealth Office, the diplomat responsible for the UK’s relationship with India and for coordinating India policy across Whitehall. But that isn’t the only thing that provides a perspective on the Indian diaspora in the UK.

I’m a proud member of another of the world’s most successful diaspora communities, as one of 30-40 million people of Scottish descent prospering around the world. That’s at least six times more Scots in the diaspora than living in Scotland itself. Want an example of global Scottish reach? Look no further than Scotch whisky—including over 100 million bottles exported to India in 2018.

But even 850,000 Scots south of the border is dwarfed by the 1.4 million strong Indian diaspora across the UK—comprising mainly Bengalis, Gujaratis and Punjabis—and, of course, the issues facing the Scottish diaspora are different from those facing the Indian diaspora.

As you know, Prime Minister Modi coined the description of the Indian diaspora as a ‘Living Bridge’. The British Government liked the phrase so much that we have borrowed it—to include not just people of Indian origin in the UK but the myriad of people-to-people links that buttress our special relationship—seeing traffic across the bridge in both directions.

It’s hard enough to describe the breadth of, let alone manage, our UK-India Government-to-Government relationship. So, trying to describe this Living Bridge between the UK and India is a fool’s errand. But I’m going to give it a shot.

Firstly, by falling back on the comfort of statistics. British culture, sport, education, business and politics are all fortified by Indian influences. Nowhere is that contribution more evident than in our beloved National Health Service, which currently employs more than 18,000 Indian nationals as doctors, nurses and healthcare professionals—easily the largest non-British group of staff. That statistic doesn’t even include the many Brits of Indian origin—an example of how fluid the notion of an Indian diaspora is.

Indian businesses make an enormous contribution to the UK economy. There are 842 Indian companies operating in the UK, with revenues of £48 billion. The UK and India are among the top four investors in each other’s economies. Indian investment already supports over 110,000 UK jobs, especially in manufacturing and high-tech industries. There’s an ever-growing list of Indian companies—big and small, established and start-ups—that have a presence in the UK.

I expect that India Inc readers already have those business statistics in their heads. But did you know that five authors of Indian origin have received the Booker prize (awarded for books written in English and published in the UK), including some of the most popular—such as Salman Rushdie’s ‘Midnight’s Children’ and Arundhati Roy’s ‘God of Small Things’? Millions of Brits and Indians have experienced each other’s countries through the power of the written word, whether that’s EM Forster or Amit Chaudhuri. Chaudhuri himself is a great example of the Living Bridge: born in Kolkata and currently working as a Professor of Contemporary Literature at the University of East Anglia.

India represents the fourth largest source country for international students in the UK’s higher education institutions. Indian students make a significant contribution to the UK, both culturally and economically. It’s great to see more and more Indian students coming here: latest figures show UK visas issued to Indian students increased by 40 per cent in 2018-2019. This means the number of Indian students studying in the UK has nearly doubled in three years. I hope that number continues to rise. And I hope to see more British students travelling to India to study as well. I first visited India as a young backpacker, and it’s an experience I’ll never forget.

And Indians aren’t just coming to study. More skilled work visas were granted to Indian nationals than the rest of the world combined, and we granted over 55,000 visas to Indians workers in the year ending December 2018.

The impressions that Indians have of the UK are among the most positive of any G20 nation, according to the British Council. Indians instinctively see the UK as welcoming, modern, trustworthy, reliable, respected, and fair, according to a recent Global Britain survey carried out by Populus.

Long may that continue—as many generations of Indians have enhanced our diversity. I’m proud that in London, Manchester, Cardiff, Birmingham, Edinburgh and elsewhere, I can hear accents and languages from around the world. That I can see churches alongside mosques, temples and gurdwaras; saris alongside T-shirts in markets. That the British Army uniform includes a Sikh turban. And that I can enjoy some of the best Indian food anywhere, right here in the UK. 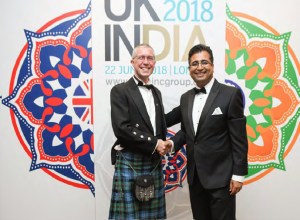 I’m also proud that in writing this article, I could seek the views of several colleagues right here in the FCO that count themselves as part of the Living Bridge. The FCO has a flourishing Black, Asian and Minority Ethnic (BAME) network, including senior diplomats of Indian origin. This is central to our ambition that the organisation represents the diversity of today’s Britain, whether serving in London or overseas. Though colleagues have told me that not all their host governments can get their heads around a BAME diplomat being a British Ambassador or High Commissioner.

Others have faced their own families’ criticism for choosing to serve a government that historically ruled over their ancestors. I am proud though that people in Britain are increasingly comfortable with multiple identities and I agree with Lord Gadhia, who wrote recently: “diaspora communities are among the most patriotic British citizens – and equally proud of their heritage.”

Across Parliament, politicians with Indian heritage continue to chart the future course of the UK, often championing the UK-India relationship as they do so. I have had the opportunity to glean wisdom from many, whether that’s speaking alongside Lord Bilimoria or Lord Dholakia or doing my best to answer Priti Patel’s questions at the Foreign Affairs committee.

As we are at the peak of our sporting summer, how could I avoid a reference to one of the greatest sources of mutual affection—and competition. We could talk about hockey, football or shooting—all of which have Living Bridge links. But this is the year of cricket, first played in England in the 16th century. This year’s Cricket World Cup will see up to 80,000 Indians travel to England and Wales to cheer Virat Kohli and the rest of the team as they progress through the tournament. Cricket may not be Scotland’s national game—my son developed his passion for it during our posting to New Delhi—though I do just occasionally recall for colleagues Scotland’s ODI victory over England last year. Being a ‘neutral’ means that I can enjoy a festival of cricket featuring so many great South Asian teams. And I know the England vs India match at Edgbaston on 30 June will be a fantastic occasion. We’ll be there, championing business opportunities as well as soaking up the atmosphere.

So, let’s raise a glass (of whisky, of course) to the (second) most successful diaspora in the world—and the Living Bridge!

Fergus Auld is Head of South Asia Department in the Foreign and Commonwealth Office.

About the Author: Fergus Auld