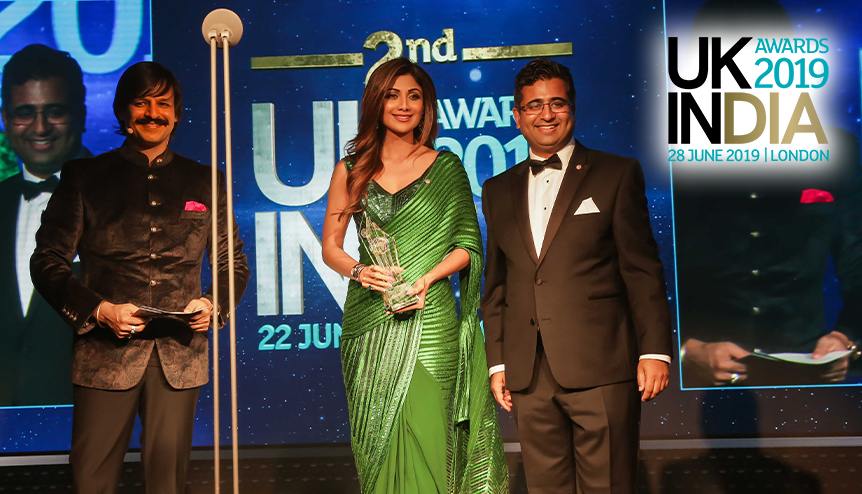 The shortlisted nominees for the Awards at the heart of UK-India Week 2019 reflect the true impact and growing pace of the winning partnership between the two countries, writes India Inc. Founder & CEO Manoj Ladwa.

Just as Modi 2.0 takes shape after an overwhelming mandate for the Prime Minister Narendra Modi led government in India, the UK is lumbering its way to settling on a new leader who will take a Brexit-worn country to the next phase of growth. The contrast may be stark but, if some of the recent investment figures are anything to go by, the UK can rely on one country amid this uncertainty. Brexit or no Brexit, India is committed to building winning partnerships with the UK.

The message is reflected in the Shortlist unveiled for the UK-India Awards 2019, a not-to-be-missed event to be hosted in London by India Inc. next month. The glittering celebration marks the grand finale of UK-India Week (24-28 June 2019), a week-long series encompassing a first-ever India Day in the Houses of Parliament and a high-powered Leaders’ Summit, all of which set the pace for the two global nations’ bold and winning partnership.

The Awards, now in their third year, bring together and celebrate the innovative and trailblazing individuals and organisations that are making a significant contribution to the UK-India relationship. The shortlist announcement comes at a time of a particular spike in investment figures from India. There are 842 Indian companies operating in the UK, with combined revenues of over £48 billion – an increase from £46.4 billion in 2018. Last year, investments from India increased an incredible 321 per cent over the previous year, with London at the very epicentre of this prosperity, attracting more investment projects from India than any other major European city.

Thank you for all the important work you’re doing to strengthen the ties between the UK, London and India.

A matter of particular pride for UK-India Awards 2019 is its illustrious all-women jury from the fields of business, media, and politics, in charge of judging this year’s winners.

And, among the 35 organisations shortlisted include the likes of John Lewis Foundation and BT in the Social Impact category, TechUK in the Trade and Investment Promotion category and the likes of PWC and Deloitte compete in the Consultancy category. Ola and OYO are among those competing in the Market Entrant category, with Santander and Barclays among those in the Financial Organisation category.

In addition to this, the UK-India Awards will also celebrate the organisations and individuals contributing to the UK-India partnership’s leading, transformational impact on the world as a whole. They are working to bring new opportunities to this rich partnership.

I am also proud of our association with the British Asian Trust and Childline, who are the official Social Impact Partner for this year’s UK-India Awards 2019.

More Information on UK-India Awards including booking information can be found here:goo.gl/D7EJqX