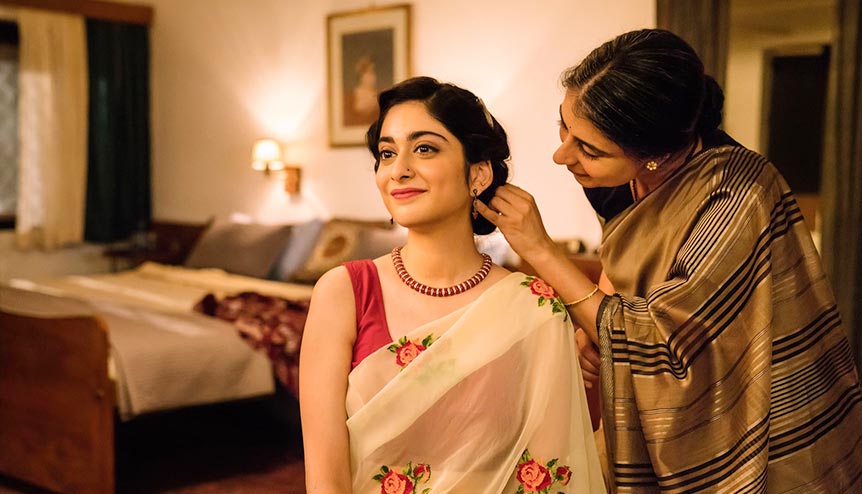 Since its rapturous publication in 1993, fans of Indian literature have been yearning for a screen adaption of Vikram Seth’s masterpiece ‘A Suitable Boy’ and the wait is finally over thanks to the BBC. Who better than the internationally reputed home of period drama to transform the mammoth 1,349-page novel into a six-part television series?

Premiered in the UK on BBC One and now on iPlayer followed by a worldwide release on Netflix soon, Mira Nair’s ‘A Suitable Boy’ features a cast list almost as large as the book’s word count. Bollywood stars Tabu, Randeep Hooda, Ranvir Shorey, Vijay Raaz, Ram Kapoor and Vinay Pathak may be more recognisable, but it’s the newcomers who attract most attention.

Set in 1951-52, five years after India’s independence from the British Raj, the story follows the life of educated Miss Lata Mehra (Maniktala), a graceful English literature student whose single status and growing age is of great unease to her widowed mother. Instead of enjoying poetry readings and T.S. Eliot, she should be married and settled with a nice Indian boy from a respectable Hindu family.

Alas, modern girl Lata has other plans, one of which includes unexpectedly falling in love with the dashing Muslim fellow student Kabir Durani (Razvi). As if that wasn’t scandal enough, enter into the picture flamboyant poet Amit Chatterji (Sen). Tall dark and handsome, Chatterji is hell-bent on wooing Lata with his flowery prose and Calcutta high society connections. Last, but by no means least, is London returned self-starter Haresh Khanna (Das), a sales executive in the footwear industry whose shoes and work ethic are more to Lata’s mother’s liking.

With three suitors lining up to claim her hand in marriage, how is a young lady to choose? While Lata weighs up the pros and cons of each proposal, award-winning screenwriter Andrew Davies (‘War and Peace’ and ‘Pride and Prejudice’) and acclaimed director Mira Nair (‘Monsoon Wedding’) have plenty of other sub plots to deal with. The sprawling political backdrop of post-colonial India as it discovers it’s true identity brings to the fore a plethora of characters who have a bearing upon Lata’s middle-class family. From corrupt politicians to enticing courtesans, everyone has a tale to tell and a secret to hide.

Using a mix of Hindi and English language, with an entirely South Asian cast and no white characters, Nair’s ambitious treatment of ‘A Suitable Boy’ is groundbreaking for a BBC drama. Rich in period detail, the lavish visuals and casting is spot on. However, it’s the quaint language, Anglicised accents and obvious British perspective taken by Davies that lets this drama down.

What could have been an authentic look at India emerging from its tortuous past to become a newly independent nation, feels like yet another dose of India how British audiences are used to seeing it. Nair fondly refers to her offering as “The Crown in brown”, in reference to another popular Netflix period drama. If only she had pushed harder for an Indian writer, fans of ‘A Suitable Boy’ may have got the authentic adaptation they deserved.