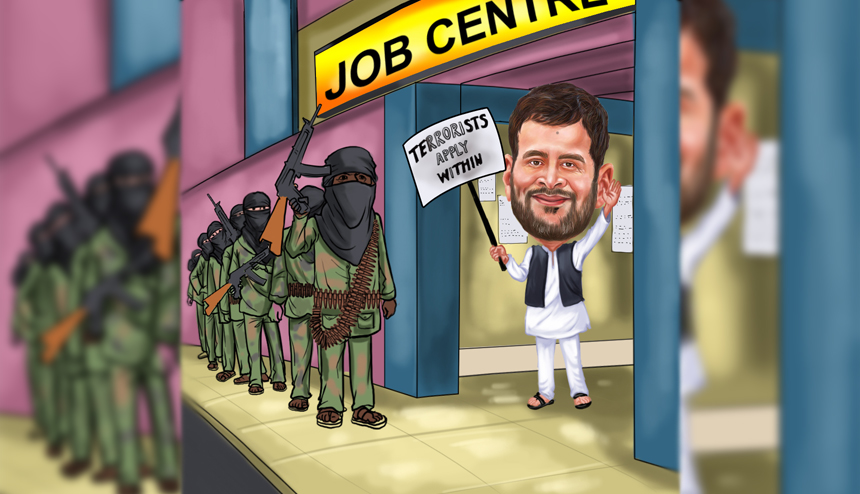 Speaking in Hamburg earlier this week, the Congress president and candidiate for the prime ministry of India, Rahul Gandhi, made a strange and convoluted assessment of the roots of the Islamic State. He linked the creation of the Islamic State to the alleged denial of jobs to a particular tribe (presumably a Sunni Muslim tribe) by US-led forces after the removal of Saddam Hussein in Iraq. These suddenly unemployed people then “connected with the global Internet”, and moved into “empty spaces” in Iraq and subsequently Syria. And this led to the creation of the Islamic State – at least according to the Congress president.

The sustained period of religious radicalism that has given rise to successive variants of Islamist terror groups – of which Islamic State is only one of the new incarnations – was ignored. So was the fact that radicalisation affects even well-heeled and educated among the young. In fact, there is ample empirical evidence to establish that the correlation between economic deprivation and terrorism is simply non-existent.

To trivialise an important phenomenon and security risk such as Islamist terrorism in this manner is not just irresponsible, it is bizarre. It leads to the inescapable conclusion that even 14 years after he formally entered politics and was elected to Parliament, Rahul Gandhi remains supremely innocent of policy issues. At best he appears as an amateur who prefers grand-sweep generalisations and stream-of-consciousness assessments to rigour, details and evidence-based analysis.

Two points follow. First, what does this do to his credibility to the voter at home? Is Rahul Gandhi trusted enough to answer and address the challenges of the proverbial “3.00 am call”? The second question runs slightly deeper. It is for India’s partner countries.

Over the years, and especially since the horrific disruption of 9/11, the international community has come to see India as a reliable and pragmatic anchor of the global security system. Of course, this international community cannot and should not influence voting patterns in India. Even so, as an aggregate group it has a stake in India and in any potential leadership for the country. Does Rahul Gandhi, with his assessment of the Islamic State as an army of the economically dispossessed, give the world the faith that would be expected from a serious political leader in India? That is a question that needs to be pondered – and not necessarily only among those who vote in Indian elections.