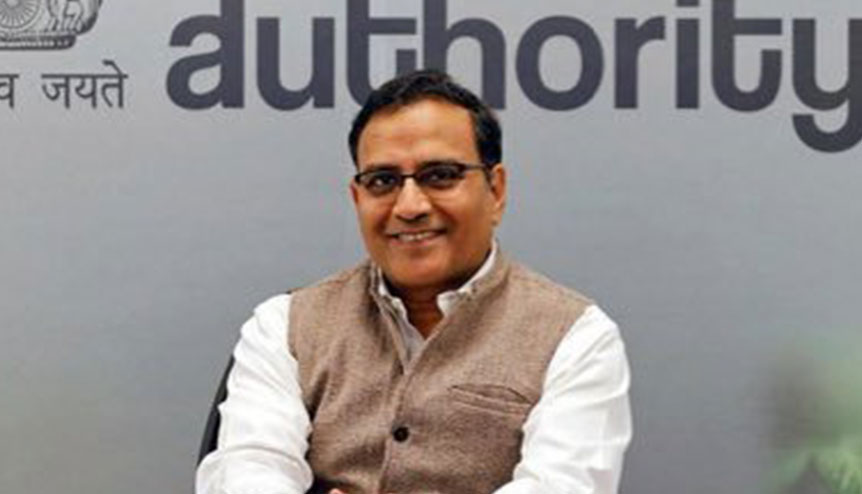 What are the key milestones and challenges faced by Ayushman Bharat since its launch?

Pradhan Mantri Jan Arogya Yojana (PM-JAY) has picked up well in the last 15 months. 33 States and UTs are implementing the scheme, more than 7,500,000 treatments worth over $1.5 billion (Rs 10,700 crore) have been provided through an expanding network of nearly 21,000 hospitals. More than 118 million e-cards have been issued so far. The initial momentum of AB PM-JAY has provided a strong proof of concept and a viable framework for achieving Universal Health Coverage (UHC).

Some of the major challenges, as well as focus areas for PM-JAY’s implementation, are:

What is the role being played by global collaborations to achieve the targets set for the initiative?

We have always believed in the strength of partnerships and bringing together the expertise and competencies of a multiplicity of stakeholders. We have been working with the multilateral development agencies such as the World Health Organisation, World Bank, GIZ and global institutions such as the Gates Foundation from the very inception from the design to operational to research and evaluation aspects.

Further, we also work with multiple private sector global organisations such as TCS that have helped us with developing our IT systems and in designing our fraud and abuse control machinery.

How is India trying to raise the quality of healthcare services delivered by the private sector?

Ensuring the supply of services through a wide networkof empanelled healthcare providers is very crucial. Several incentives have been built into the very design of AB PM-JAY. States and NHA are continuously growing this network. So far, more than 21,000 hospitals both public and private have been empanelled.

quality and patient safety, based on successive milestones.

NHA has introduced an initiative for quality certification standards for PM-JAY empanelled hospitals, an exercise carried out by the Quality Council of India where hospitals are certified as gold, silver, bronze depending on the Government of India has also released Standard Treatment Workflows (STWs) to bring about standard delivery of care to patients across providers regardless of their sector and commercial intent.

We have also institutionalised the practice of taking beneficiary feedback from all AB PM-JAY patients once they are discharged. Feedback is taken on not just their overall experience of receiving treatment under AB PM-JAY but also how their health is faring and any deterioration after treatment and its cause.

We are also conducting regular medical audits in randomly selected providers through our National and State Anti-Fraud Units which are specialised cells established to detect, prevent and deter fraud and misuse.

Ayushman Bharat is said to benefit half a billion citizens, by when is it expected that this target will be reached? Which are the growth areas you plan to focus on in the coming year?

In the coming year, our focus would be on expanding the coverage of the scheme in all the states and UTs implementing it. So far, 25 states have either converged their existing health assurance schemes with PM-JAY or are implementing only the latter. Some states, like Uttarakhand and Karnataka, have expanded the scheme to almost their entire populations. The expanded AB PM-JAY covers more than 130 million families, against the originally planned 100 million families.

The second focus area is reaching the last mile and empowering the beneficiaries with greater outreach, especially in rural areas. Third is to strengthen the IT, and fraud and abuse control systems to ensure that quality care is delivered to the beneficiaries in an equitable, efficient and timely manner.

Finally, this year, we will initiate work on bringing in innovations into PM-JAY. We are doing this by creating customised platforms to bring in the best in class homegrown start-ups to deliver solutions to our problems. For this, we’ve created the Ayushman Bharat PM-JAY Start-up Grand Challenge which was launched by the Hon’ble Prime Minister last year in October. We will also be launching a market access program that will work with start-ups and support them in procurement, validation and funding.

The UK has significant strength in digital and medical tech. Can Indian healthcare leverage this?

The UK has a long experience of demand-side funding of healthcare. We have a lot to learn from them and their capabilities. The UK can also be a great partner to work on enforcement of Standard Treatment Workflows developed by the Government of India, and in controlling fraud and abuse under AB PM-JAY.

In addition to these, the UK has developed the practice of adopting technological, commercial and social innovations into its healthcare system. We look up to them for the best practices followed in this direction.

On a personal note, which is the goal that most motivates you within the healthcare sector?

Reaching the poorest of the poor in the country and making sure that they get best quality services without further impoverishing them is the goal that motivates me personally. We are working to achieve this by opening doors to the best quality hospitals to India’s poorest.