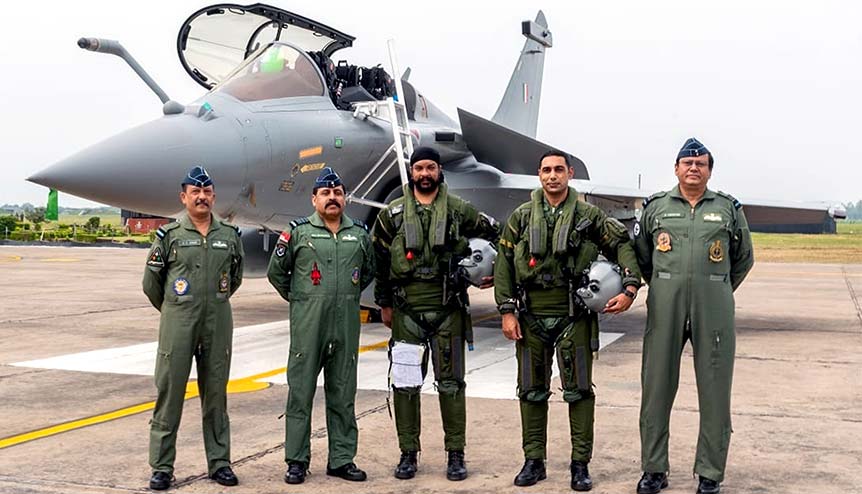 Government makes good on its promise which indicates a political willingness and a bid to further promote self reliance.

The decision by the Indian government to stop the import of 101 items of military equipment in a bid to ramp up domestic defence production indicates that the authorities are now primed to promote a system of self-reliance in the crucial are of defence for long a mantra of Indian prime minister Narendra Modi which is now being put into action. 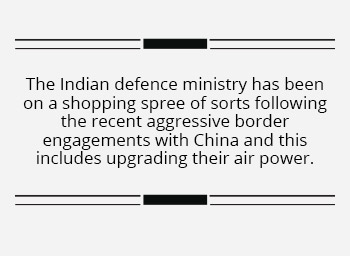 It is common knowledge that India is one of the world’s foremost arms importers and the recent crises on the border with China has ensured that the decision makers will now anticipate the requirements of the country’s defence forces and make a bid to address the quick fixes locally thereby reducing the import bill.

The Indian defence ministry has been on a shopping spree of sorts following the recent aggressive border engagements with China and this includes upgrading their air power with the purchase of 33 Russian fighter jets, the delivery of the much awaited Rafale fighters and developments to 59 more aircraft. Russia is a constant marketplace, when the government goes out to shop, followed by the US and Israel. 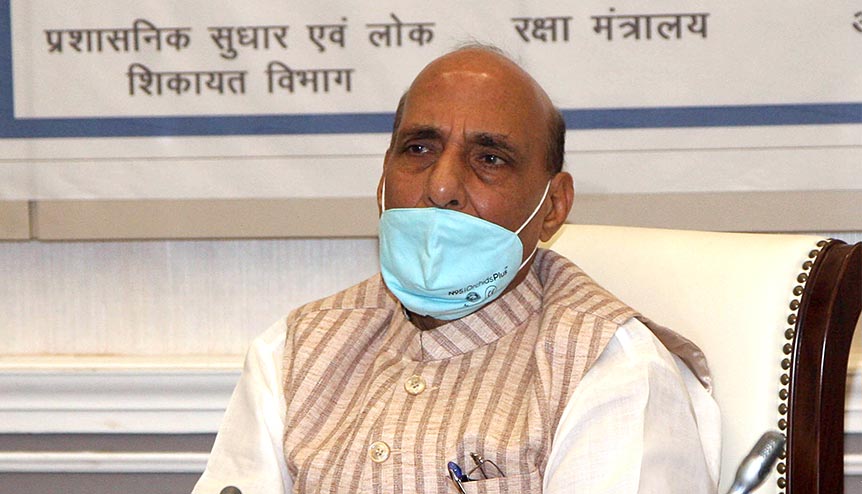 Indian defence minister Rajnath Singh has laid out the government’s priorities of pushing for the concept of self-reliance in the manufacture of defence hardware and equipment.

Defence minister Rajnath Singh outlined the government’s blueprint with a statement of intent saying, “The embargo on imports is planned to be progressively implemented between 2020 to 2024,” Singh stated in a series of tweets. “Our aim is to apprise the Indian defence industry about the anticipated requirements of the Armed Forces so that they are better prepared to realise the goal of indigenisation.” 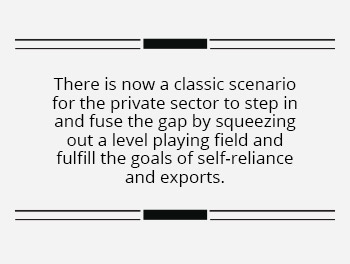 There is now a classic scenario for the private sector to step in and fuse the gap by squeezing out a level playing field and fulfill the goals of self-reliance and exports. It is no surprise that the private sector wants to get a bigger foothold in the defence sector given that their current share accounts for a little over a fifth of this industry and it is steadily increasing.

The private players are cognisant of the fact that the government has created a draft titled the Defence Production and Export Promotion Policy (DPEPP) 2020 which is in synergy with the goals of Atmanirbhar Bharat and the deep dive strategies are clearly defined for native R&D, production and exports specifically pertaining to the defence sector. With these strategies acting as a clear marker the private sector can now scale up by expanding their role in what is being seen as a bottoms-up framework of operations. 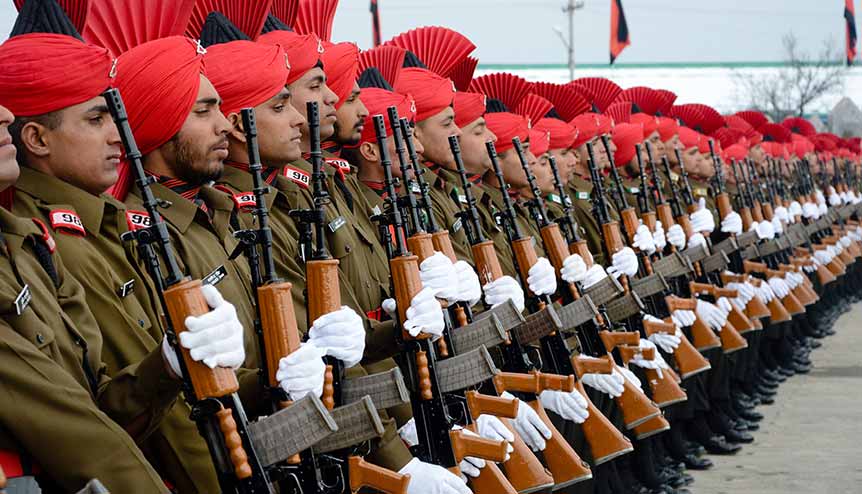 Indian army recruits stand in formation as they present their INSAS (Indian Small Arms System) rifles during their passing out parade in Rangreth. The time has come for the private sector to push for a level playing field.

It is clear that defence now presents attractive opportunities across multiple verticals, but the operative word is always going to be ‘level playing field’ given that these guarantees have also been made in the government’s election manifesto.

This provides assurance that the government will deliver on its promise to the defence industry which is so critical given the current stressful regional state of affairs. Clearing out the long pending acquisitions of sophisticated weapons systems coupled with a local push for manufacturing military hardware seems to be a happy pairing of policies. It also helps that there is a stated political willingness – in many ways that is half the battle won.