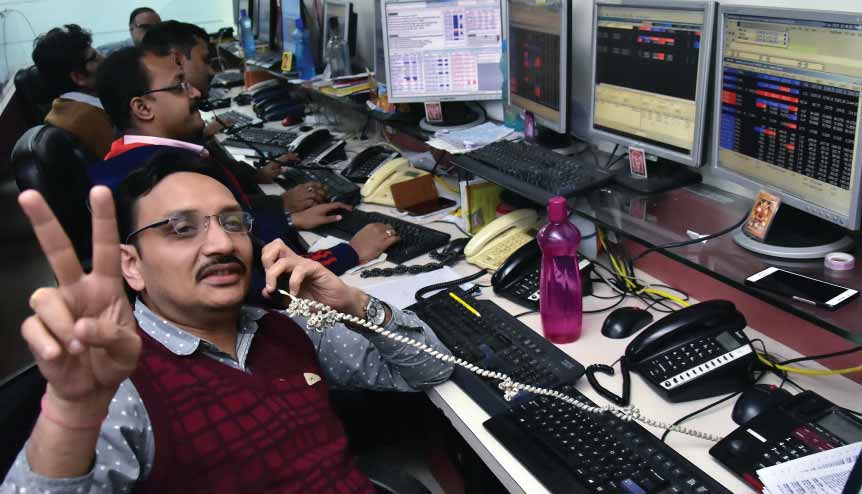 Investors are looking past the immediate numbers and liking what they see. The Modi government’s far-reaching reforms promise to buoy demand and GDP growth in the coming years. So, the early birds are swooping in to book their pieces of the pie.

The Reserve Bank of India (RBI), India’s central bank, has projected the country’s economy to shrink 9.5 per cent in 2020-21. Other global agencies from the World Bank to international ratings agency Fitch forecast even steeper 9.6-10.5 per cent contractions in India’s GDP. 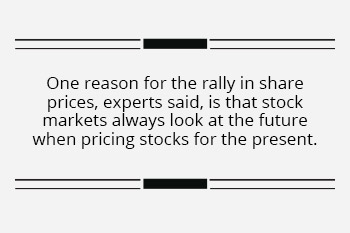 But looking at the Indian stock markets, one can be forgiven for thinking the country is in the midst of an unprecedented and wide-ranging boom. After suffering a 40 per cent massive erosion in value between January 14, 2020 when the S&P’s BSE Sensex scaled its all-time high level of 41,994.26 to a recent low of 25,981.24 on March 23. Since then, i.e., over the last six-and-a-half months, it has largely recovered most of the lost ground was trading a touch under 40,000 on October 16 at the time of writing this report.

During this time, the country has faced the world’s most stringent Covid-induced lockdown that shut down 65 per cent of all economic activity in the world’s fifth-largest economy and clocked a record 23.9 per cent contraction in its first quarter (April-June) GDP.

So, what explains this massive dissonance between the country’s economic reality and investor behaviour.

Gazing at the crystal ball 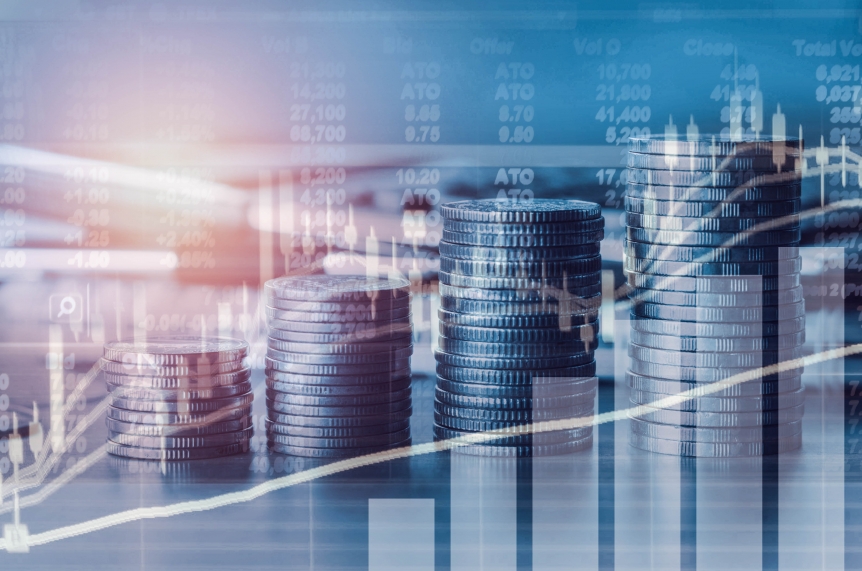 Billions of dollars of incremental foreign funds are flowing into Indian stock markets following an increase in the country’s weight in the MSCI and FTSE indices.

One reason for this rally in share prices, experts said, is that stock markets always look at the future when pricing stocks for the present. That means investors have already discounted the bad news, which led to the crash of March when foreign portfolio investors (FPIs) and domestic punters alike liquidated their holdings. Now, these deep pocketed and hard-nosed investors are looking ahead into the future and liking what they are seeing.

Billionaire stock picker Rakesh Jhunjhunwala, who is often called “India’s Warren Buffet”, told a leading ET Now, a leading financial news channel in India a few months ago: “Markets are going up because they are anticipating the future. Interest rates are going to play a very important role. Markets anticipate normalcy will come much faster. We had a big fall in 2018 January. Before the start of the bull market, markets shake you out. Corporate India is highly cleansed unlike 2008 and leverage levels are low. We are in the midst of the birth of what is going to be a good bull market.” 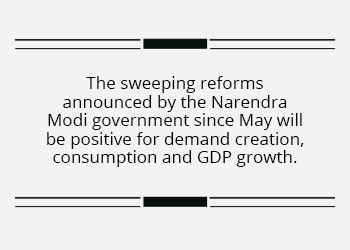 The sweeping reforms announced by the Narendra Modi government since May, such as liberalising the farm sector and opening it up to foreign and domestic corporate investments, undertaking the overdue-by-decades labour reforms that promise to bring flexibility to India’s rigid labour market, allowing private and foreign participation in coal and mineral mining, ending public sector monopoly across sectors, allowing 74 per cent FDI in defence production to allowing private participation in the space and atomic sectors are expected to start showing results progressively from this year itself. These will be positive for foreign investment flows, employment generation, demand creation, consumption and GDP growth. 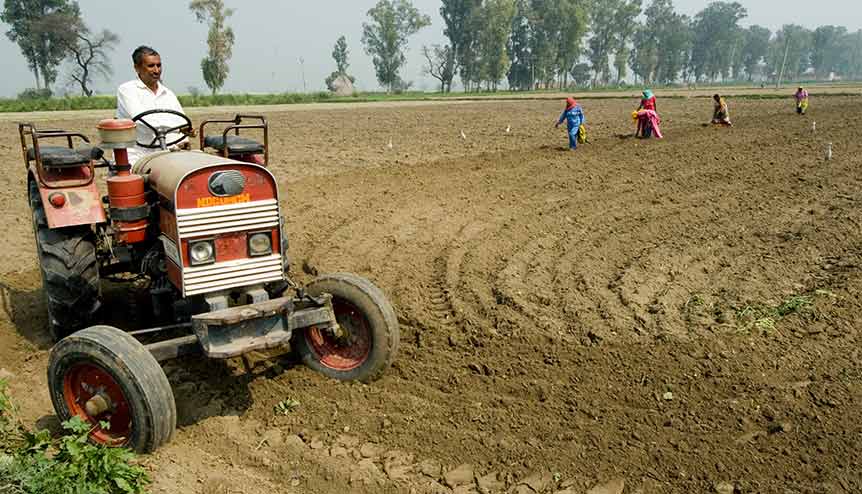 The liberalising of the farm sector and opening it up to foreign and domestic corporate investments is expected to show results soon.
Credit: Getty Image

Positive global sentiments have also helped channel the flow of foreign funds into Indian stocks. Billions of dollars of incremental foreign funds are flowing into Indian stock markets following an increase in the country’s weight in the MSCI and FTSE indices that most Western fund houses and investors use as the benchmark when allocating funds to individual countries.

Then, expectations that the world will soon have a viable vaccine to counter the Covid-19 pandemic is also lifting sentiments. “… when we look upon this Covid phase, we will think, ‘Oh, we were so frightened! Really? Overhyping of Covid is one thing which we always remember,” Jhunjhunwala said in the same interview referred to above. 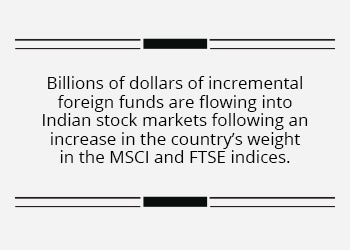 And finally, news that Apple and Samsung are shifting a significant portion of their supply chain from China (and Vietnam) to India and the Modi government’s attempts to replicate the production-liked incentive (PLI) scheme that attracted them in sectors such as medical devices, furniture and others is giving rise to a belief among the global community that India is at last getting its act together and emerging as a contender for the title of factory of the world.

Mother of all bull markets has started

These are all factors in investors betting on India’s future. As the ace investor said: “The Mother of all bull markets has started… (The) cycle of no-growth earnings may be coming to an end. Interest rates have gone down, which is favourable…”