Learning from a decade of implementing water conservation projects 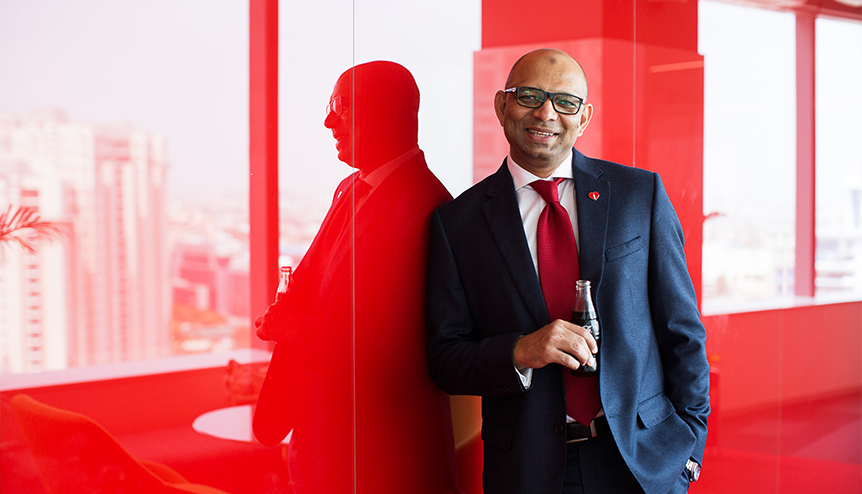 A senior executive delves into the work Anandana, the Coca-Cola India Foundation, is doing to help mitigate water scarcity in water-deficit areas all over India.

We don’t have to circumnavigate the world to know what percentage of water exists as freshwater. A quick Google search will give us a single-digit percentage, which is so tiny that its scantiness is alarming. And to make it even more exciting, majority of it is contained in glaciers and polar ice caps, a large chunk is underground—away from our discerning eyes, and whatever little is left is what we see as rivers and lakes.

Though nature intended to keep groundwater hidden from us for various purposes, we outsmarted it by devising ways to extract it and eventually deplete water under the surface. We’re now fighting the problem that we created in the first place.

We’re generating massive quantities of waste through improper segregation and waste handling that ends up polluting water resources, turning them unusable. These toxic substances become suspended in water or get deposited at the bed of the water body. The resulting water pollution causes deterioration in the water quality, thereby adversely affecting aquatic ecosystems. Toxic pollutants also seep down and affect groundwater deposits. Many of us who never have to face a scarcity of drinking water supplies find it surprising to know that there are billions living in water-stressed areas who endure a vicious circle of poverty and hunger. Since water is fundamental to food security and poverty reduction, prudent water management can positively impact the socio-economic development of a society.

Let’s look at some of the numbers provided by United Nations (UN).

Without action, these numbers will grow as the global population increases. According to the UN, another 1.5 billion people will live on this planet by 2030. Therefore, the UN, as an ambitious agenda for social, environment and economic change laid out the Sustainable Development Goals (SDGs), otherwise known as the Global Goals. They were adopted by world leaders at the United Nations general assembly in September 2015. The agenda sets a target of “ensuring the availability and sustainable management of water and sanitation for all” by 2030.

So how do we manage water resources efficiently? I’d like to share learnings from the work done by Anandana, the Coca-Cola India Foundation, with which I’ve been associated for a while now and have the first-hand experience of helping create water security for various communities we’ve worked with.

The most important learning that we’ve had so far is to deploy the power of collaboration. While a single entity or an organisation may have the right intent to do something positive for the society, they need to depend upon experts, grassroots organisations and civil society to help them achieve their mission. The buy-in and support should come from different stakeholders and they should collectively believe in the merit of the water solutions they’re trying to implement. For example, Anandana works collaboratively with NGOs, government bodies and other institutions to help mitigate water scarcity in water-deficit areas all over India. In almost a decade, it successfully counts setting up over 130 water replenishment structures with a potential of replenishing 12 billion litres of water that benefit over 700,000 villagers in 550+ villages.

Save during the rainy day for a dry spell is our second learning. Why do we have waterlogged roads in so many urban cities and towns during monsoon and yet we buy water tankers during the parched season? Because we’re not effectively recharging our soil with the excess water supply during monsoons that will provide for the dry spell. We applied this basic understanding of rainwater harvesting to our water projects and created check dams, bunds, ponds etc. to prevent rainfall runoff to mitigate soil erosion and conserve moisture in soil.

The third learning has been to know and understand that there is no permanent panacea to our water worries. The thing to remember here is sustainability. Is a decade of constructing water conservation structures enough for Anandana? Have we been able to solve water problems permanently? I’d say we are still work in progress. Saving water is not a one-time activity, it is an everyday affair.

Water structures, once constructed, will require continuous upkeep and maintenance. They should be well protected from reckless human activities that can cause chemical pollutants and waste to seep into water rendering it unfit for sustaining life.

Water availability has far-reaching effects on our existence and overall well-being. This includes sustainable socio-economic development as well as energy and food production. Let’s think of those few times when we went without water for a very long time feeling hot, thirsty and distraught. Now imagine that extremity becoming an enduring reality. There’s no other way than to act now.

About the Author: Ishteyaque Amjad