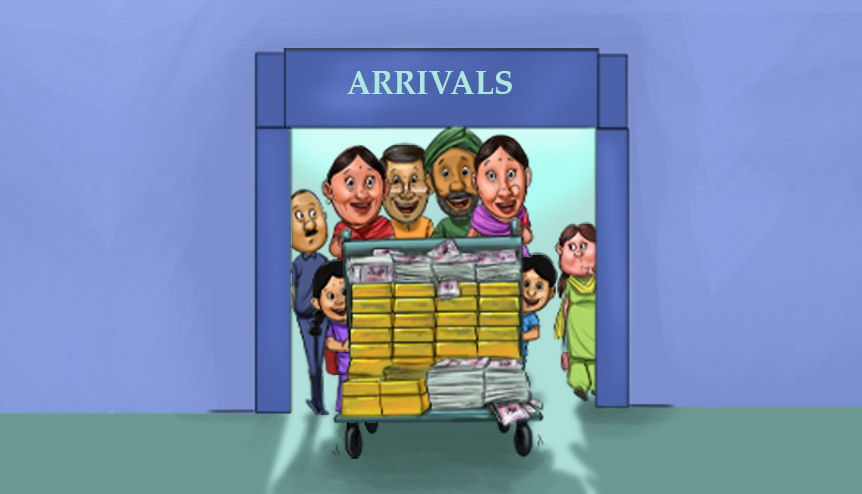 The Indian Prime Minister’s relentless efforts to weed out corruption and clean up how business is done in India are showing results, writes India Inc. Founder & CEO Manoj Ladwa.

India will get into election mode in the coming weeks, if it hasn’t already got there, and Prime Minister Narendra Modi will approach the people of the world’s largest democracy with his report card on performance and delivery.

It is undeniable that his initiatives and efforts have touched millions of lives and made a difference to the livelihoods of vast swathes of Indian society. Electricity for all, cooking gas for the poor, brick and mortar houses for every Indian, toilets in every home… these are stellar achievements to his credit.

But for me what stands out is the very real prospect of funds wrongly siphoned abroad by unscrupulous means coming back home to India. The Prime Minister’s relentless effort to weed out corruption and clean up how business is done in India, freeing it from the clutches of a cabal of crooked politicians and dodgy middlemen who, over the past seven decades, have been gnawing away at the very essence of the oft repeated but much neglected goal of inclusive growth.

Early on in his term, he dealt a fatal blow to high level corruption by abolishing all discretionary powers in the allotment of India’s precious natural resources. Minerals, airwaves and other resources are now allocated via online bidding. The government’s role has been limited to that of an honest facilitator and politicians and bureaucrats have no discretionary powers to favour or punish individuals or companies based on their political affiliations or in return for money.

Then, his dogged pursuit of several overseas-based individuals – Indian, foreign and expatriate – wanted for questioning by Indian investigation agencies has met with unprecedented success – the extradition of Christian Michel and his associates from Dubai and the recent order of the British Home Secretary to send back Vijay Mallya to India are the two most high profile examples – and sent out a strong message that this Indian government will go after corruption come hell or high water.

And the enactment of the Insolvency and Bankruptcy Code (IBC) has done more than any other measure to change the credit culture of the country. No longer can influential big fish default on bank loans and get away unscathed. Instead of banks and other lenders having to chase delinquent borrowers, it is defaulting business people who are now fighting with their backs to the wall to try and save their crumbling business empires.

This has driven the proverbial fear of god into large borrowers. At the last count, hundreds of hitherto recalcitrant industrialists have repaid or regularised more than $15 billion of previously sticky loans to the banking system.

Data from State Bank of India (SBI), the country’s largest bank, shows an improvement in the overall health of its loan portfolio. Since, SBI is often used as a proxy for the Indian banking sector, it will be safe to say that most banks are now in better health than they were a year ago, thanks to the measures taken by the Modi government.

There are several other measures as well. The net effect of all these is that it is making India an easier and cleaner place to do business. Unlike in the past, influence and connections already play a much lesser role in India than was the case five years ago.

Once the measures implemented over the last five years attain stability and the culture of business itself changes, foreign investors and honest Indian business people will find it much easier to set up and conduct business in India. This will almost certainly have a domino effect on the ease of doing business and finally on the GDP growth rate, which is a necessary pre-condition for lifting millions more out of poverty and into prosperity.

In that sense, I feel, Modi has used his first five years in office cleaning up the regulatory and other plaque that were clogging up the blood vessels of the Indian economy. It has taken time, as any such macro-level change is expected to. But with most of the hard work now over, it is now time to reap the dividends.