Skip to content
Isolating Pakistan: When neither trade nor aid work

Isolating Pakistan: When neither trade nor aid work 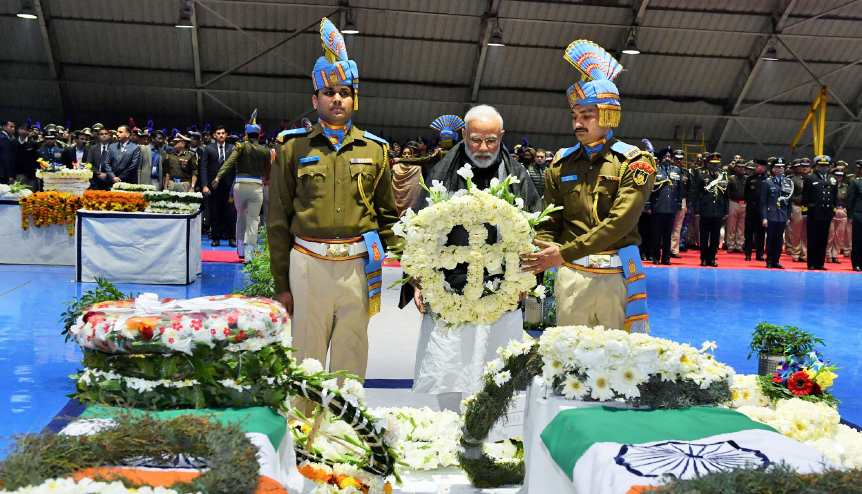 The Pulwama attack in Jammu & Kashmir must only serve to harden international resolve to push Pakistan to renounce terror as an instrument of state policy, writes India Inc. Founder & CEO Manoj Ladwa.

In October last year, Riyadh had announced a $6-billion bailout for the near-bankrupt Pakistani exchequer, which included direct cash aid of $3 billion and a like amount in deferred payment facilities for oil imports.

The announcements during MBS’ visit to Pakistan, shortly after the dastardly suicide bomb attack that killed more than 40 Indian security personnel in the Indian state of Jammu & Kashmir, set me thinking.

The US has given Pakistan more than $33 billion in military and development aid since 9/11 with the aim of bringing Pakistan back from the brink. US President Donald Trump has publicly admitted what the world always knew: that the money has simply disappeared into a bottomless pit.

“The United States has foolishly given Pakistan more than 33 billion dollars in aid over the last 15 years, and they have given us nothing but lies & deceit,” he tweeted on New Year’s Day last year. “They give safe haven to the terrorists we hunt in Afghanistan, with little help. No more!”

This is a textbook example of good intentions gone awry. Classical diplomatic theory says greater trade and aid engagements with a country helps align the recipient’s policies with those of the donor/trade partner.

In Pakistan’s case, the goal was clear: wean Islamabad back from its covert affair with terrorism. The Pulwama attack has once again proved that this theory has not worked in Pakistan’s case.

The US has drastically cut aid to Pakistan, which many experts fear is dangerously close to falling into the ranks of failed states.

India, on the other hand, is the toast of the world. Indian Prime Minister Narendra Modi has recently set out India’s goal of being counted among the world’s three largest economies within the next 15 years. This is not posturing but a completely achievable and very credible target based on its heady GDP figures and Modi’s deep structural reforms to root out corruption and inefficiencies in the system.  India is consistently in the top three foreign direct investors in the UK, and employing more people in the country’s manufacturing sector than any other country.

Just look at the asymmetry between India and Pakistan on almost all growth and development parameters and it will become clear why I believe more countries will soon come to the same conclusion as the US administration and realise that providing aid to Pakistan is like throwing good money into a black hole… and you can only trade so much with a country that doesn’t seem interested in repairing its broken systems. In fact, India quite understandably argues that money to Pakistan often finds a passthrough to the terrorists it harbours.

The US, EU, the UK, Japan, South Korea and even Pakistan’s all-weather friend China have massive investments in India and a huge stake in ensuring that this region remains free of strife. Providing blind economic lifelines to Pakistan, they will soon realise, is not necessarily the best way to achieve this.

It is only by recognising that history has amply proven that Pakistan is a failed state, that the world will actually be doing Pakistan’s people a favour.  The democratic world will have to convince Islamabad – and more importantly, its all-important military HQ in Rawalpindi – that going against the global consensus on what constitutes acceptable behaviour will have consequences.

I accept that there will be outliers, from among India’s friends and allies as well. There are reports that the United Arab Emirates (UAE) has also announced a bailout package similar to the one announced by Riyadh for Islamabad, which has been grappling with a balance of payments crisis – a result of decades of profligacy, graft and the pursuit of lopsided priorities.

And China, as has been widely reported, is investing about $60 billion in the China Pakistan Economic Corridor (CPEC) project, which is the lynchpin of its ambitious trillion-dollar Belt and Road Initiative (BRI).

I perfectly understand why Saudi Arabia and UAE are doing what they are doing. The political dynamics of the Middle East and Sunni Arabian rivalry with Shia Iran are behind this public show of support. And China has its own reasons for backing Pakistan.

But I am almost certain that these will be the exceptions to the rule. The Pulwama attack must only serve to harden international resolve to push Pakistan to renounce terror as an instrument of state policy. The offerings of trade without reform and aid without honesty are otherwise simply backfiring with catastrophic consequences.