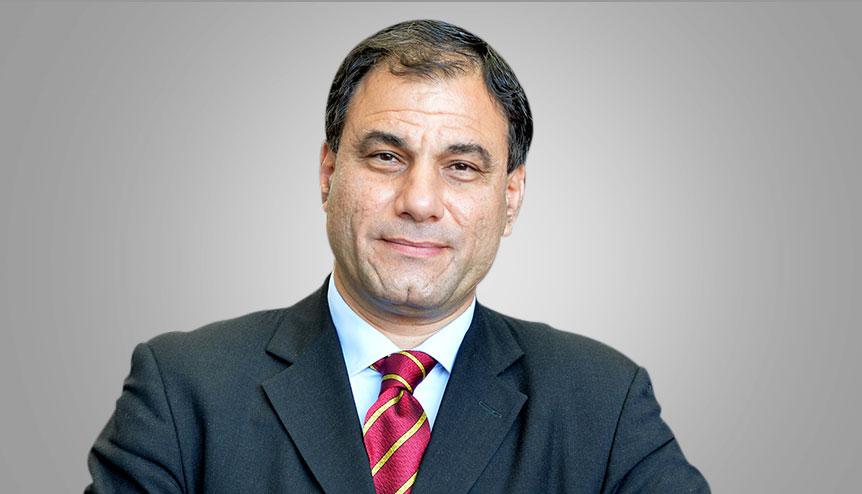 The President of the UK Council for International Student Affairs, outlines why it is imperative for Britain to formulate a long-term strategy for retaining international students.

When I first arrived in Britain, it was known as the sick man of Europe—a country that had lost an empire and found no real purpose, a has-been. The City of London was a closed shop; prejudice was rife. In fact, I was told by my family and friends in India, ‘If you decide to work in Britain after your studies you will not get to the top, you will not be allowed to. ere will be a glass ceiling for you as a foreigner.’ Three decades ago, they were absolutely right.

Britain has transformed in front of my eyes over the past thirty years, from the sick man of Europe into the envy of Europe. The glass ceiling has been shattered. The country is truly aspirational and meritocratic—a place where anyone can get as far as their aspirations, talent and hard work will let them, regardless of race, religion or background. London today is one of the most cosmopolitan cities in the world and Britain is respected as a global power around the world. UK universities are the jewel in the national crown. Alongside those of the United States of America, the UK’s universities are the best in the world. The UK has so much to offer international students: A dynamic country that is cosmopolitan yet steeped in history, proud of its heritage and outward- facing. at is why thousands of ambitious, gifted and enterprising young Indians come to our shores every year to learn at some of the best institutions in the world. Education does not just hold the keys to a student’s future but also to a closer relationship between the UK and India. At a time of unquantifiable change, the UK and India ought to look to each other as guarantors of their informed, enlightened futures.

The Brexit Factor: An Opportunity for the UK–India Higher Education Collaboration

Just like every other major part of British economy and society, the nation’s higher education system must wait with bated breath until it finds out exactly how it will be affected by the UK’s decision to leave the European Union.

It is likely that funding programmes will take a massive blow. Take the University of Cambridge, for example: It was the largest recipient of €80 billion that was made available through the EU-backed Horizon 2020 initiative. It is unknown whether the funding will continue. Some 16.5 per cent of staff at the University of Cambridge is European Economic Area (EEA) nationals. When it comes to MPhils, that figure is 21 per cent; for PhD students, it is 27 per cent.  International students at the undergraduate and postgraduate levels contribute, directly and indirectly, £25 billion to the UK economy and support 137,000 full time-equivalent jobs across the country.

Students from overseas have helped the UK become a pioneer in a range of fields, including science and technology. For example, Sir Venki Ramakrishnan, Nobel Laureate and fellow of Trinity College, Cambridge, is the first Indian ever to become president of the Royal Society, a position held by many scientific greats including Sir Isaac Newton.

The UK universities already attract Indian students in huge numbers— only China sends more—but Britain cannot be complacent. The government’s muddled attitude towards overseas students has led to the number of new non-EU students arriving in the UK decrease by 2 per cent in 2015, whilst the number of Indian students coming to the UK has halved in the past five years. Meanwhile, the USA increased its overall numbers by 9 per cent including an almost 25 per cent increase in students from India.

With Brexit, it is imperative that the government seeks to use this chance instead to forge closer-than-ever ties with India. Yet, on a trip to India in November 2016, then UK Prime Minister, Theresa May, failed to do just that. Her , November 2016 delegation to India was littered with missed opportunities. On the eve of the trip it was announced that the minimum annual salary threshold for Tier 2 visas, used by Indian IT workers—one of India’s most prominent exports and a vital catalyst for economic growth in the UK tech sector—would rise from £21,000 to £35,000. is simultaneously damaged our ability to attract global talent and made Indian IT exports to the UK less competitive, souring our relations with India.

The Home Office’s claim that 90,000 international students a year overstay, one of the long-standing arguments for counting students in the net migration target, has now been thoroughly debunked. The International Passenger Survey (IPS), used to calculate net migration, is considered unreliable and it is increasingly clear that the vast majority of international students come to the UK, study for a period and return home. Data derived from exit checks implemented at the UK borders suggest that only 1,500 students (around 1 per cent) do not leave each year.

Globally, the number of university students looking to study abroad is expected to grow from 4.1 million in 2010 to 8 million globally by 2025. And the UK, with 10 per cent, currently has the second-highest share of international students globally, after the United States (at 19 per cent). The UK is therefore in a prime position to capitalise on this projected growth, but we need the government to act, and act quickly.

Lord Bilimoria CBE is Founder-Chairman of Cobra Beer and President of the UK Council for International Student Affairs.