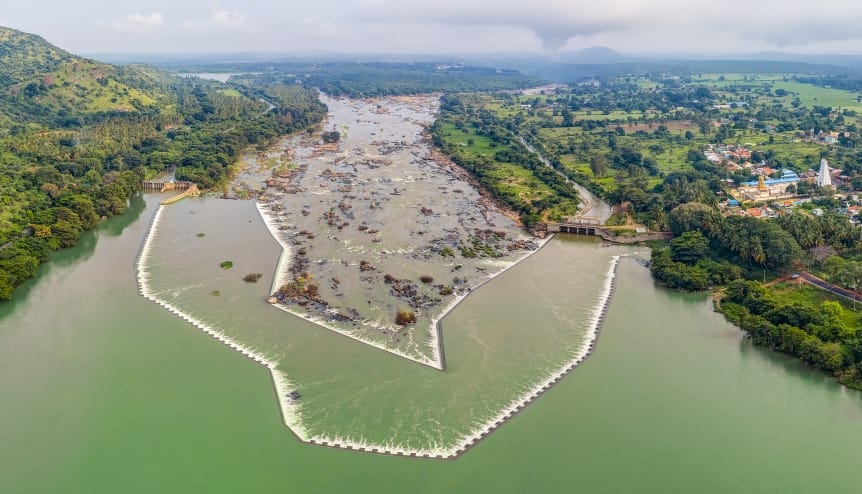 India accounts for 18 per cent of the world’s population but only has 4 per cent of the globe’s usable water sources. There is an urgent need for world class technologies, partnerships and investment, writes India Inc. Founder & CEO Manoj Ladwa.

Of all the political and economic fault lines that crisscross India, water is arguably among the oldest and most important, albeit least discussed issue.

Perhaps details of river water sharing formulae are considered too arcane or maybe India’s urban population considers it primarily a rural problem; but India’s internal water wars have not received the kind of public attention or been subjected to intense public debate.

Yes, disputes like the one over sharing the waters of the Kaveri between the southern states of Tamil Nadu, Karnataka, Goa and Puducherry hit the headlines whenever there is a flare-up in tensions and violence over the issue. But it disappears from the public consciousness within days.

Just look at the list above – many of them are leading industrial states. Most of them also lead the charts in the production of food grains, fruits and vegetables.

As several recent agitations in Tamil Nadu and Karnataka over the Kaveri River dispute have shown, water is an extremely emotive issue. Not surprising, given that 60 per cent of Indians depend on farming for livelihoods. If disputes lead to a flare-up of political passions, the resulting violence and work stoppage can lead to a loss of millions of dollars in the states concerned and also impact upstream and downstream investments and jobs both within the state and elsewhere. I am not exaggerating when I say that hydro-politics, left unchecked, can severely undermine India’s federal structure.

The Indian government has accepted for several years that the country is facing a water crisis but it was only in 2014, after the Narendra Modi government took office, that it has tried to address the issue in mission mode.

The cause of this crisis is both natural and man-made. The main factors that led this issue to snowball into a crisis are poor management of resources, wastage, lack of public awareness and the absence of government attention. Since India is home to 18 per cent of the world’s population and the country has only 4 per cent of the globe’s usable water sources, there is an urgent need for putting in place scientific water management practices, and bringing in world class technologies, know how and investment

In my opinion, the Modi 2.0 government has rightly made water a central theme in its list of deliverables. It has brought all water-related departments under one umbrella, the Jal Shakti (Water Power) ministry, and by bringing Bharat Lal, one of Modi’s most trusted and experienced bureaucrats to spearhead much of this mission further impetus has been provided.

The Modi government has declared the intent of reaching piped water to every home by the end of its term in 2024. This is hugely ambitious. But what in Modi’s style and delivery of governance isn’t? This will lead to a huge rise in demand for water. And it can be met only if other parts of the chain – from water harvesting, to conservation to eliminating wastage and contamination – are set right.

The government has also taken several other steps to resolve inter-state water conflicts. It has proposed giving the central government greater Constitutional powers over inter-state water issues. It also plans to set up a single, dedicated tribunal, comprising neutral experts, to address disputes. How it implements these will hold the key to success as some of these have been tried in the past – and failed.

The government has also drawn up an ambitious plan to inter-link several rivers to move water from surplus areas to those facing a deficit. The first of these is the Ken-Betwa River Linking Project, which aims to transfer surplus water from the Ken river in Madhya Pradesh in central India to Betwa river in Uttar Pradesh to irrigate the drought-prone Bundelkhand region that straddles both the states.

I strongly believe the government should also involve the private sector and NGOs in its efforts to conserve water, recharge rivers and groundwater reserves and share sort out water sharing disputes. After all, it is the rural poor most of all that is paying the price of past neglect and mismanagement and this section that will benefit the most from any improvement in the situation.

In this context, I must commend the efforts of Sadhguru Jaggi Vasudev, whose “Cauvery (Kaveri) Calling” movement is attempting to restore vegetation that has been lost in the river basin. By some estimates, the river has depleted by 40 per cent over the last 70 years and 87 per cent of the basin’s original tree cover has been lost. This is a good template for civil society to follow.

The government must turn the resolution of India’s water woes into a people’s movement backed by strong private sector and international participation. Otherwise, Indians will continue to obsess over the Brahmaputra and the Indus because of their international dimension and ignore equally, if not more, important domestic water crises.