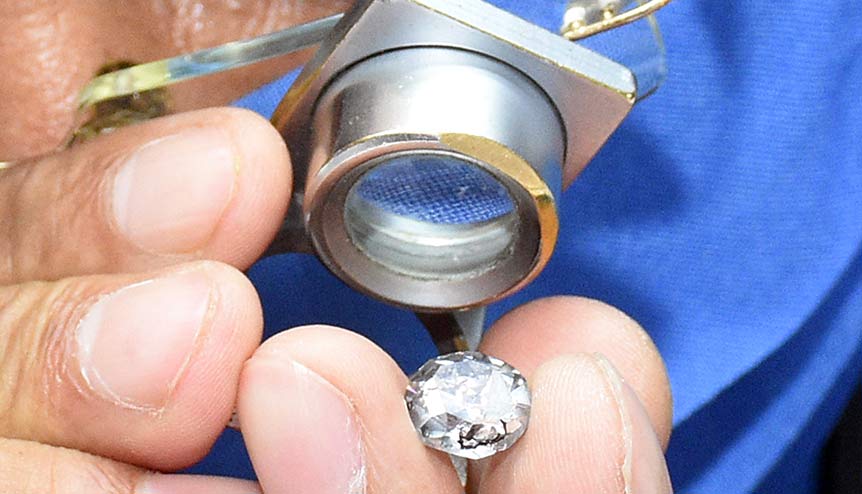 From its humble beginnings as a centre for rough diamonds with trade worth $3 million in 2000, Dubai has leveraged its proximity to India and Africa to become the world’s leading diamond trading hub with total value of rough and polished diamonds traded in the emirate soaring past $23 billion in 2019.

But that might just be the beginning of a record-breaking journey for Dubai – a journey that promises to eclipse Antwerp as the world’s leading diamond trading hub, and a journey where Indian diamond traders will be the key catalysts.

India-UAE recognise there is wealth in health

The latest boost for that journey came in the form of normalisation of ties between the UAE and Israel last month, something hailed as a massive game-changer by traders and analysts from both sides. The normalisation agreement was swiftly followed by a collaboration agreement between the Dubai Diamond Exchange (DDE) and the Israel Diamond Exchange (IDE).

Dubai, with $21.2 billion in diamonds traded last year according to DDE, and Israel, with around $12 billion according to its exchange, are the Middle East’s main diamond centres. 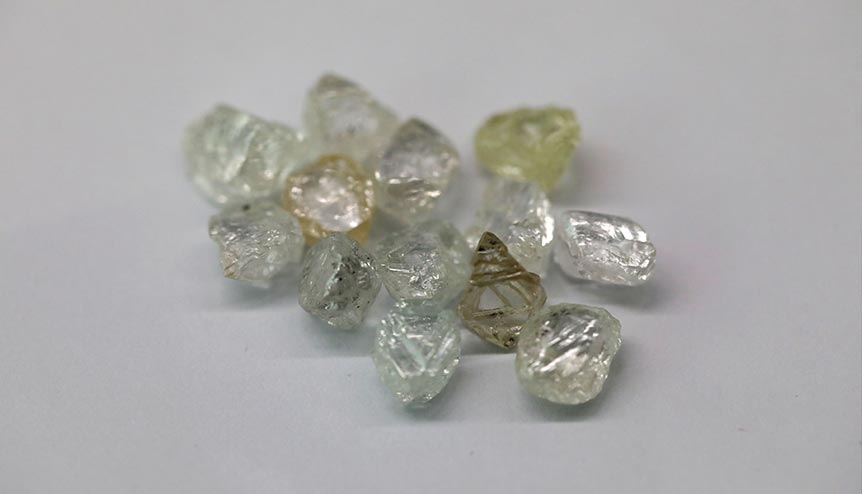 The Dubai Multi Commodities Centre (DMCC), which is home to Dubai Diamond Exchange, has received a flurry of interest from dozens of Israeli diamond merchants.

“The strategic agreement signed between the Dubai Diamond Exchange and the Israel Diamond Exchange is an important one that unlocks huge potential for both parties. DMCC is tasked by the Government of Dubai to drive global commodities trade through Dubai, and this agreement will attract businesses to the emirate as well as boost the regional and international trade of this precious stone,” said Ahmed Bin Sulayem, Executive Chairman and Chief Executive Officer of DMCC and Chairman of the Dubai Diamond Exchange. “The United Arab Emirates and Israel are home to two of the Middle East’s most dynamic and innovative economies. This agreement paves the way for further collaboration across a range of commodities in what is a very exciting time for development in the region. We look forward to working alongside our partners in Israel,” he added.

The Dubai Multi Commodities Centre (DMCC), which is home to Dubai Diamond Exchange, has received a flurry of interest from dozens of Israeli diamond merchants. Traders in Dubai say they have been inundated with enquiries from Israelis, who traditionally trade in Belgium’s Antwerp – the world’s biggest centre for traders of rough and polished diamonds. 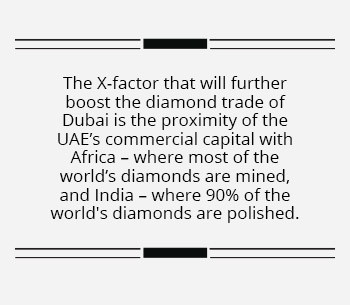 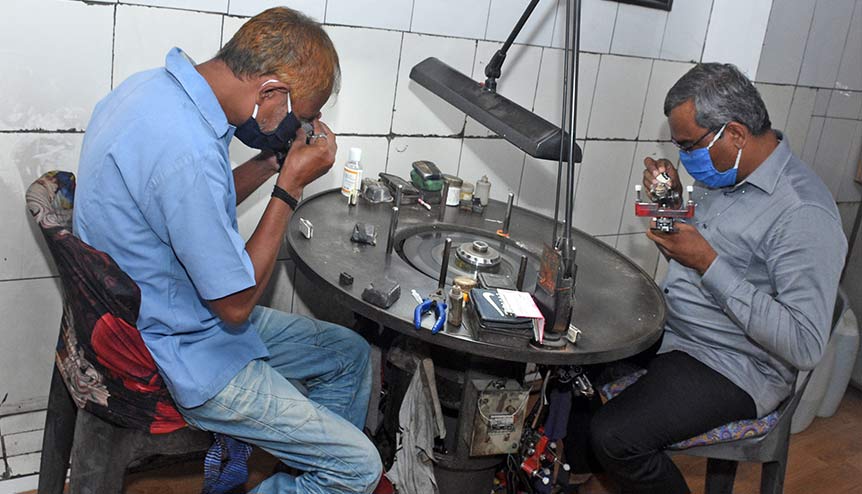 Diamond workers at their work at the manufacturing unit of Dharmanandan Diamonds in Surat Gujarat, India. The Gold Souk of Dubai and the DMCC had formed an alliance with the Gujarat government to help establish the diamond bourse in Surat.

Indeed, Dubai boasts a large traditional base of diamond traders from Surat – a port city in the western Indian city of Gujarat which cuts and polishes eight out of the world’s 10 diamonds in its 4,500-odd units. As the world’s fourth fastest-growing city, many Indian diamond companies and leading export houses of Surat have set up offices at the DMCC. “Indian diamond merchants often visit Dubai also to hold road shows to invite diamond dealers there to open offices in the world’s largest diamond bourse in Surat,” said Kirti Shah, local trader and processor of diamonds in Surat.

The rough diamond cutting, and polishing business had earlier moved from Antwerp to Surat, but over the past few years it has been gradually moving base to Dubai – which is located at the crossroads of the world’s major diamond markets. With the support of the strong community of Indian jewellers and traders based in Dubai, the Gold Souk of Dubai and the DMCC had formed an alliance with the Gujarat government to help establish the diamond bourse in Surat. 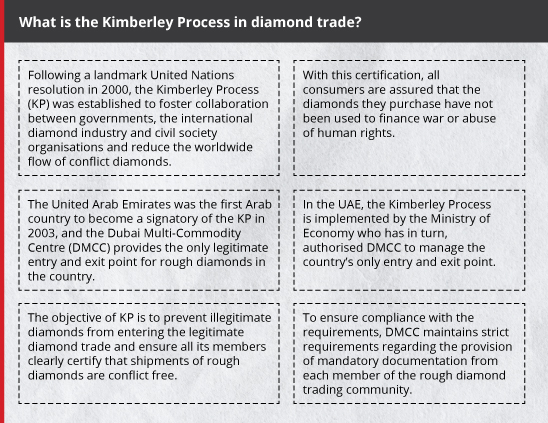 While India’s jewellery exports to the UAE hover around the $5.5 billion mark, it’s critical to note that only 7% of India’s imported rough diamonds is consumed domestically – the rest is exported after cutting and polishing.

With the Indian diamond industry valued at $51 billion, the proximity to Dubai, easy direct flights between the emirate and Surat as well as the renewed interest in the industry due to the UAE-Israel normalization agreement is just the sparkle that traditional traders needed ahead of the festive season in the shadow of the pandemic.