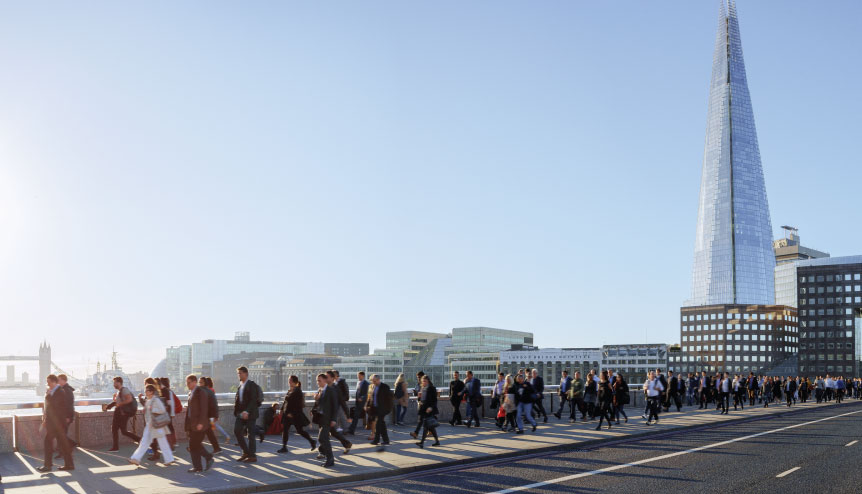 UK Investment Minister Gerry Grimstone hails the added 6,000-plus jobs created by 842 Indian companies in the UK over the past year.

The annual ‘India Meets Britain Tracker 2020’ has some impressive figures on India’s contribution to the UK economy, not least in the job creation sphere – which registered an impressive hike over the previous year.

The 842 Indian companies tracked in the joint Grant Thornton and Confederation of Indian Industry (CII) report generated 110,793 jobs in Britain – up from 104,783 in 2019. The total turnover of these companies added up to £41.2 billion, with corporation tax payments of £462 million over the past year.

“The report showcases the continued strength of UK-India trade and the importance of India as one of our most critical bilateral investors and job creators, supporting over 110,000 jobs, with half of them outside London,” said Lord Gerry Grimstone, UK Minister for Investment.

While he admits the latest figures reflect a “great record”, there is still more that needs to be done and his own affinity to India is likely to play an important part in that further investment boost especially in the context of the coronavirus pandemic. 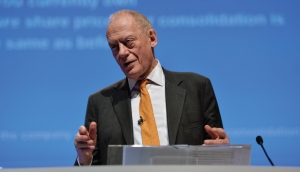 “India has a very special place in my heart. In a sense India now has a minister who has a close affinity with India at the very heart of the UK government,” says Grimstone, also Co-Chair of the UK-India CEO Forum.

He adds: “And, during this dreadful crisis, the UK has had a lot of help from India, including the removal of barriers to allow the export of paracetamol which saved many lives.

“As the provider of more than half the world’s vaccines and the single largest producer of generic drugs, India has an important role to be played in the containment of COVID-19. This is an opportunity for India as it has so often done in the past to show global leadership.”

The minister also highlighted how global trade is more important than ever and more trade is essential if the UK is to overcome the unprecedented economic challenge posed by the pandemic-induced lockdown.

“Investment will be key to ensuring a strong economy in the years to come, boosting productivity and creating jobs, and it is our strong trade relationships with partners like India that will support this,” he said.

While the prospect of a UK-India free trade agreement (FTA) remains some way off as the UK’s Brexit transition period comes to a close towards the end of this year, the minister expressed confidence that the two countries can work together towards what needs to be a “global recapitalisation” in the aftermath of the pandemic.

“Strong bilateral relationships like these will play an important part in getting trade up and running and investment flowing. And as the world is relooking at global supply chains, India is set to be one of the strong beneficiaries of that realignment,” he said.

The total number of Indian companies operating in the UK remained similar to last year’s Tracker at 842 as a result of some restructuring. And the lead of the technology and telecom sector also remained at the forefront of Indian interests in the country, followed by pharmaceuticals and chemicals, and engineering and manufacturing. 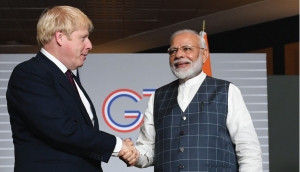 CII Director General Chandrajit Banerjee said: “These are unprecedented times for us as Indian industry, globally.

“As we navigate through the challenges posed by this sudden disruption caused by the pandemic, it is a useful reminder to note and underscore the valuable contribution of the Indian industry in the economy, especially as we launch the ‘India Meets Britain Tracker 2020’ mapping fastest growing Indian investments in the UK.”

Anuj Chande, Partner and Head of South Asia Group at Grant Thornton UK LLP, added: “As we rebuild the UK economy in the months to come, Indian-owned businesses already operating here will continue to play an important role.

“We anticipate new Indian investments as both the UK and Indian economies start to re-emerge from the shadow of this pandemic. The most successful Indian businesses look at their UK investments from a long-term perspective and not for short-term gains.”

The report, reflecting some of the economic turbulence of Britain’s long-drawn exit from the European Union (EU) last year, also flags some of the fastest-growing Indian companies on the list, as measured by those with a turnover of more than £5 million, year-on-year revenue growth of at least 10 per cent and a minimum two-year track-record in the UK. This year, 72 companies met the qualifying criteria and feature in the 2020 Tracker, achieving an average growth rate of 40 per cent, compared with 36.83 per cent in 2019.

EESL EnergyPro Assets Ltd, a joint venture founded by India’s Energy Efficiency Services Ltd (EESL), registered a whopping 700 per cent growth in the UK, Route Mobile UK came in at No. 2 with 202 per cent growth, followed by Dhoot Transmission UK Ltd (186 per cent), Evolutionary Systems Company Ltd (142 per cent) and BB (UK) Ltd (120 per cent) completing the top five for the year.

London remained the dominant base for Indian companies in 2020, a position the UK capital has held since 2015. However, the north of the UK did improve its showing in 2020 compared to the previous year.