India will remain a market of the future for French companies

India will remain a market of the future for French companies 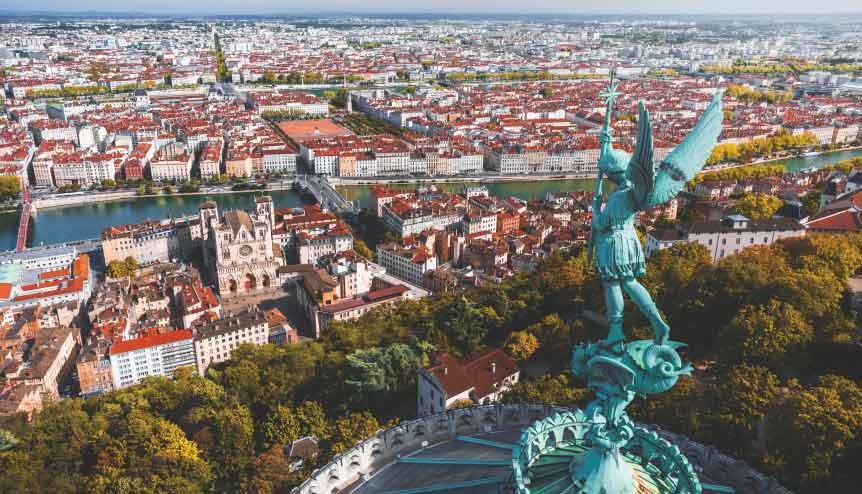 Christophe Lecourtier, CEO of Business France outlines the factors that make France an important investment destination for Indian businesses while highlighting some of the key sectors of collaboration between India and France post-Covid-19 pandemic.

What are some of the strategies being deployed to attract Indian businesses to France?

India is an important strategic partner for France, be it politics, trade, or investment. We at Business France, are in charge of promoting France towards Indian companies to set-up their business in the country and guide them with their expansion.

In our exchange with Indian companies, we have come to understand that there is often a gap between the perception and reality of France. Hence, we are actively bringing awareness about doing business in France through seminars, webinars and promotion campaigns on media and social networks. The recent pro-business reforms in France since the election of President Macron and the comparative advantages that France has to offer businesses, especially in the context of Brexit, have gone a long way in attracting FDI to the country.

We are also in touch with Indian companies on a daily basis to understand their requirements and offer them a free, tailor-made service to guide them accordingly, while keeping them posted about investment opportunities available in France. 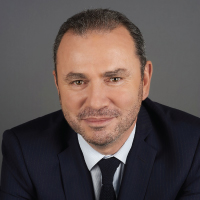 What kind of Indian enterprises have set up a base in France?

Indian companies are significantly increasing their presence in France. 18 Indian business groups decided to invest or re-invest in our country in 2019, bringing the total number of Indian companies in France to more than 120, with a global employment level of 8,000 jobs.

Last year, Indian companies chose France not because of our dynamic domestic market but also as a European gateway to set-up their decision-making centres, production/manufacturing operations and logistics, in sectors like IT, automotive, aerospace, pharma, food and textile industries. 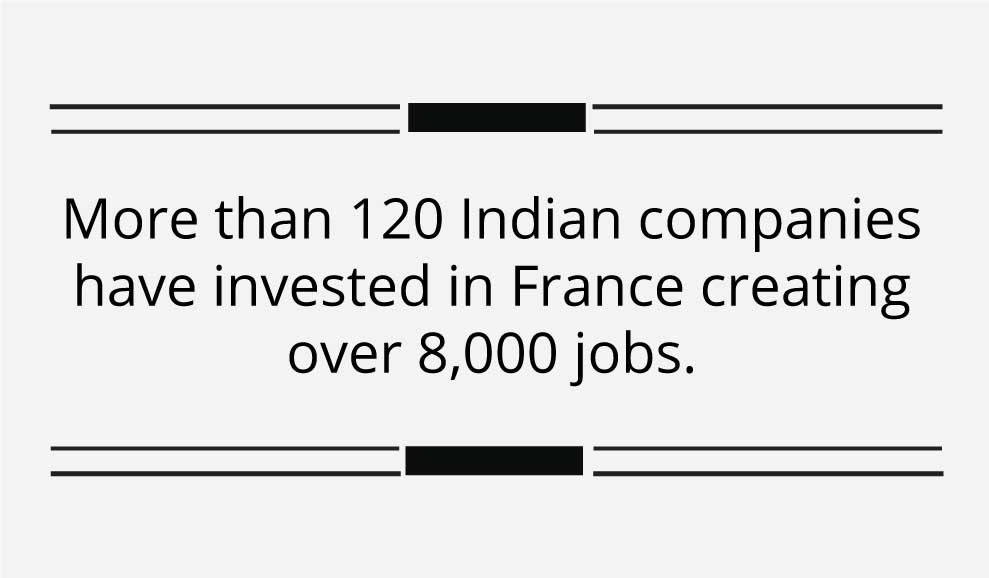 Here are the three Indian companies which chose France last year, respectively a start-up, a mid-size company and a big group:

– Dualeap: A start-up with innovative technology solutions, which decided to establish its European headquarters in Toulouse to develop and market its ClearBox aerospace solution.

– GeneStore: A specialist in genomics, which chose France for its first European site by taking over the cell biology research company ICDD, located in Provence-Alpes-Côte d’Azur, from where they are currently developing Covid-19 test kits to fight against the pandemic. 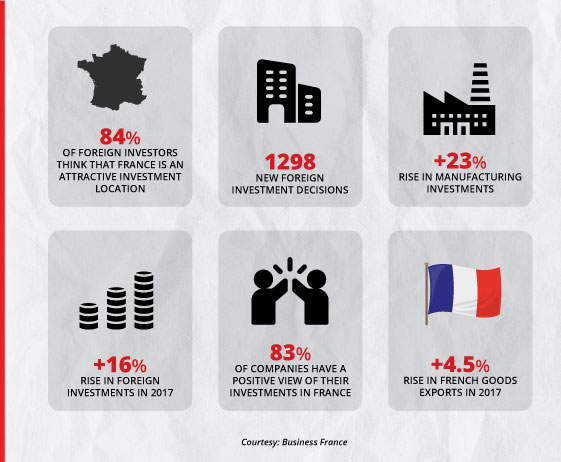 What are some of the key sectors of collaboration between India and France post-pandemic?

Even prior to the end of the pandemic, we were already working on resuming the bilateral agenda in our areas of cooperation: blue economy, climate / environment, port infrastructure, digital, civil nuclear, armament, not to miss health sector and agro-food industries.

French companies are reactivating their prospection of the Indian market remotely to restart in a few months. Some of them haven’t stopped doing business during this period and have signed some new contracts in the agro-industry, for example. India remains an important market for us as a giant. It’s 1.3 billion inhabitants, half of which are under 25 years of age, with new consumption habits and a growing e-commerce sector offers French brands huge room for development. I believe we can find new industrial partnerships in the health sector as well due to the crisis we are experiencing right now.

Let us be optimistic, both countries will recover soon from this current economic crisis and expand their exports and investment activities.

Could you highlight some of the key developments within the Indo-French bilateral relationship? 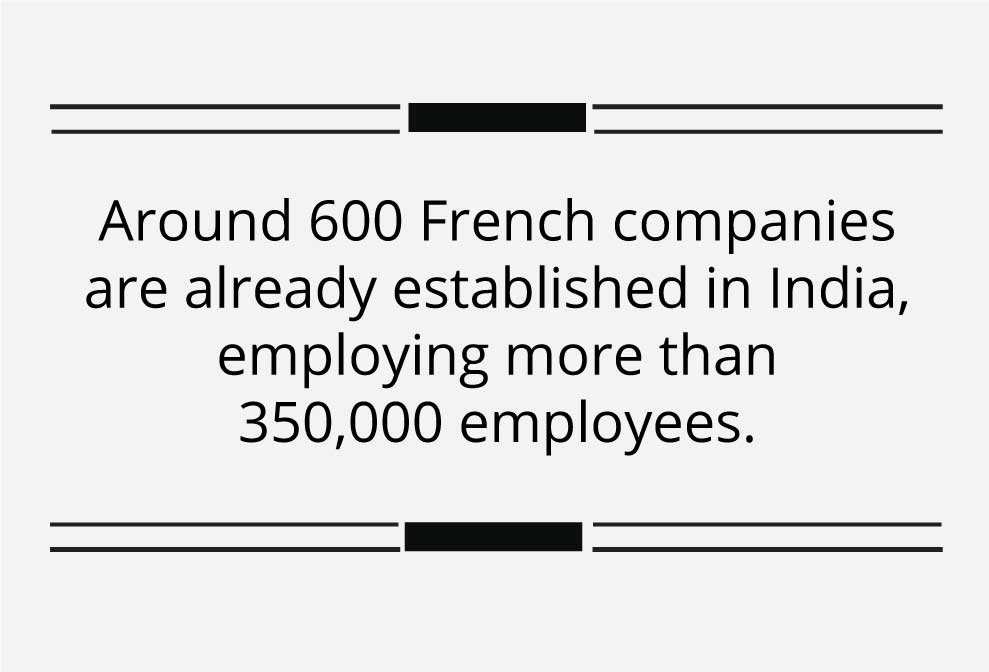 The strategic partnership between India and France marked its 20th anniversary with the state visit of French President Emmanuel Macron in March 2018. Bilateral relations between the two countries are based on solid foundations: around 600 French companies are already established in India, employing more than 350,000 employees. Also as mentioned before, more than 120 Indian companies have set-up their base in France. These companies invest, manufacture, innovate and even export. France is among the top countries in terms of FDI in India due to continuous flow of French investments. India is and will remain a market of the future for French companies. 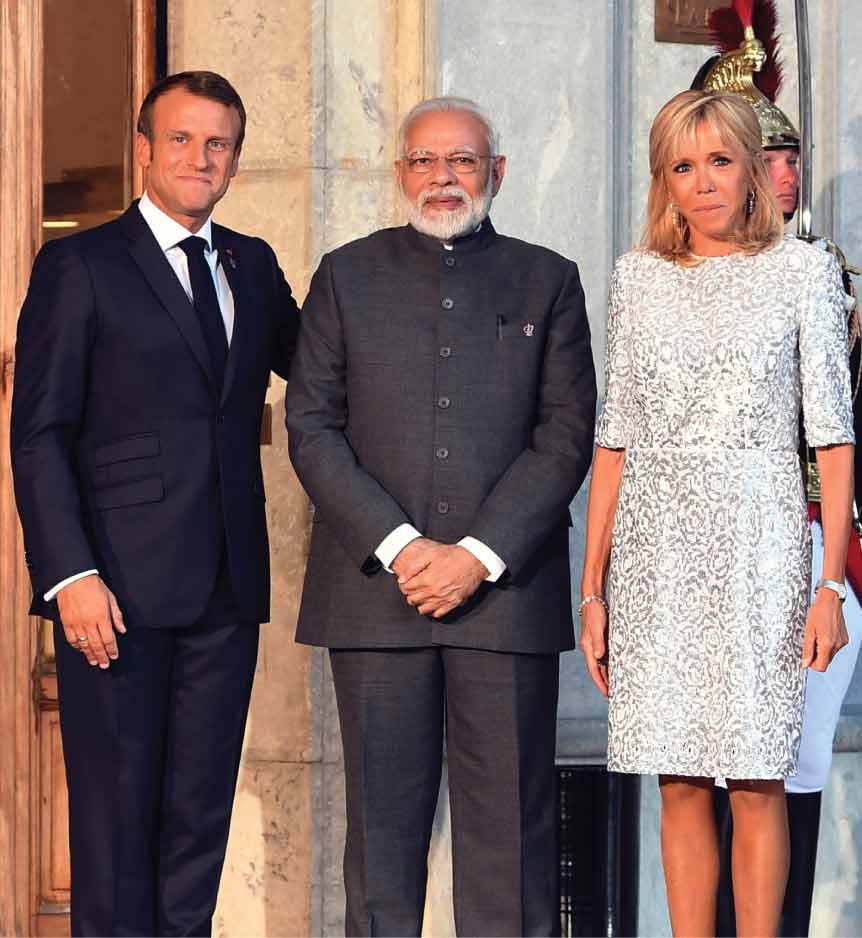 Bilateral relations between the two countries have been growing over the years, with Macron and Modi sharing a good rapport.

Could you tell us a bit about some of the French companies that are keen to explore the Indian market?

For French players who wish to start exporting or want to be present in India, Business France offers strong support and networks to connect them with local companies. We assist more than 300 SMEs and mid-size companies every year. French companies aim to position themselves on various sectors like environment, infrastructure development, digital, energy, industrial subcontracting, health, food industries. We advise them through market studies, B2B meetings and more than 20 sectorial events. Sectorial delegations also visit India to showcase their expertise and meet the right buyers and partners.

By 2025, India will be the third largest consumer market and by 2030, consumer spending is expected to quadruple. Almost 80 per cent of households in 2030 will have an average income, an increase of almost 50 per cent. The middle class will be responsible for 75 per cent of consumer spending in 2030. All French companies must consider India to expand their business.

What are some of the similarities between Indian and French style of doing business?

India is not a ‘one shot’ market but for mid to long-term investment. I guess it is the same for France too. Just like France, India is also an open market, especially since 2014, that attracts foreign direct investment from all around the world.

Regarding industry, the ‘Make in India’ programme offers ease of doing business with flexible regulatory environment and establishment of essential resources. The main objective of this initiative is to attract investors from around the world, like France, and to strengthen key sectors in India. It focuses on the establishment of foreign companies in the Indian industrial sector to make India a world class manufacturing centre, for the domestic market first. This campaign has already propelled India to 63rd place in the World Bank’s Ease of Doing Business ranking in 2020. Similarly, France promotes its own Industry 4.0 throughout the world with a label called ‘French Fab’ federating French and international companies producing in France. After the Covid-19 crisis, France intends to reposition the industrial production, to serve first the domestic need as close as we can, just like India.