Skip to content
India vows to protect and promote WTO 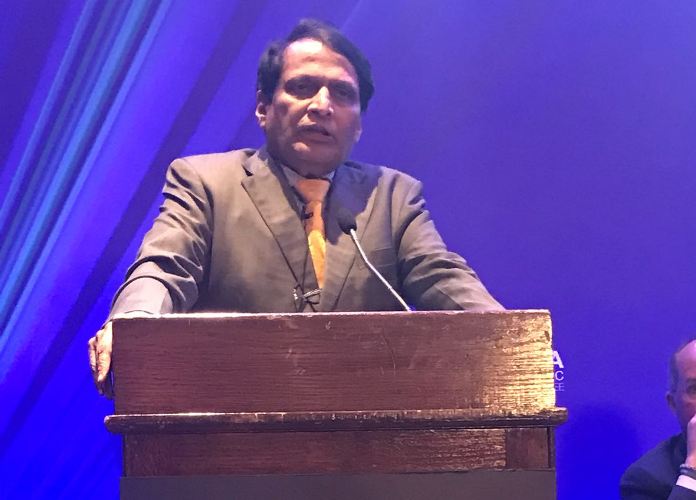 India’s Minister for Commerce and Industry, Suresh Prabhu, has taken a vehement stand in favour of the World Trade Organisation (WTO) and told ‘India Investment Journal’ that the US will come around to its views on food security for the world’s poor.

India has been fighting a battle to protect what it believes are the basic principles of multilateralism on which the World Trade Organisation (WTO) is built. Commerce and industry minister Suresh Prabhu was in the UK in January, just weeks after a fraught ministerial meeting of the organisation in Buenos Aires which ended in no substantial agreement.

The central stumbling block, as far as India is concerned, revolves around the US going back on its commitment to find a permanent solution to the public food stock holding issue. “This is an issue on which there should not be any dispute at all. Governments have to protect against malnutrition and hunger by ensuring a public distribution system for food. No one can fault this view,” the minister told ‘India Investment Journal’ in reference to the country’s stand on holding excess food stocks to ensure food security for millions.

India has also clashed with the US over its attempt to impose trade retaliatory measures on solar cells and solar modules. In December, the US filed a request at the WTO seeking authorisation from WTO’s dispute settlement body (DSB) to “suspend concessions or other obligations with respect to India” on solar cells and modules due to India’s failure to comply with recommendations and rulings of the DSB. India has maintained there is “no legal basis” in the US request because India has “ceased to impose any measures found inconsistent with the DSB’s rulings and recommendations” in the solar dispute.

In an increasing sign that India wants to take charge of the discussions to determine the course that WTO negotiations will take, Prabhu has announced plans to host a mini-ministerial meeting of WTO in India next month to take the organisation to a “new level”.

He said: “India is not driven by self-interest alone and therefore we invite all countries to participate… Some countries have questioned the WTO itself but that’s because we need a whipping boy. In my opinion, we need to make sure that this organisation is protected, promoted and taken forward.

“We can revisit each aspect [of WTO] and make it more effective and more transparent as an instrument of bringing change… The idea is not to reduce the quantity of trade but expand global trade for the benefit of people.”

Stressing that development must remain at heart of global trade, Prabhu warned against voices calling to abandon the Doha Development Round of WTO negotiations.

“The WTO has worked pretty well in the course of the last few years and resulted in unprecedented expansion of global trade. It offers us the best possibility of addressing poverty and other issues,” he said.

Drawing a parallel with the United Nations, the minister pointed to the fact that unlike the UN every country has a veto and attributed the failure of the Buenos Aires round in December last year to this veto.

Prabhu’s championship of multilateralism also extends to the Commonwealth, into which he believes India can inject “new dynamism”.

The minister, who was in charge of Indian Railways before taking over the commerce ministry, indicated that Prime Minister Narendra Modi’s visit to the UK for the Commonwealth Heads of Government (CHOGM) summit in April will mark a turning point in this reinvention of the organisation. 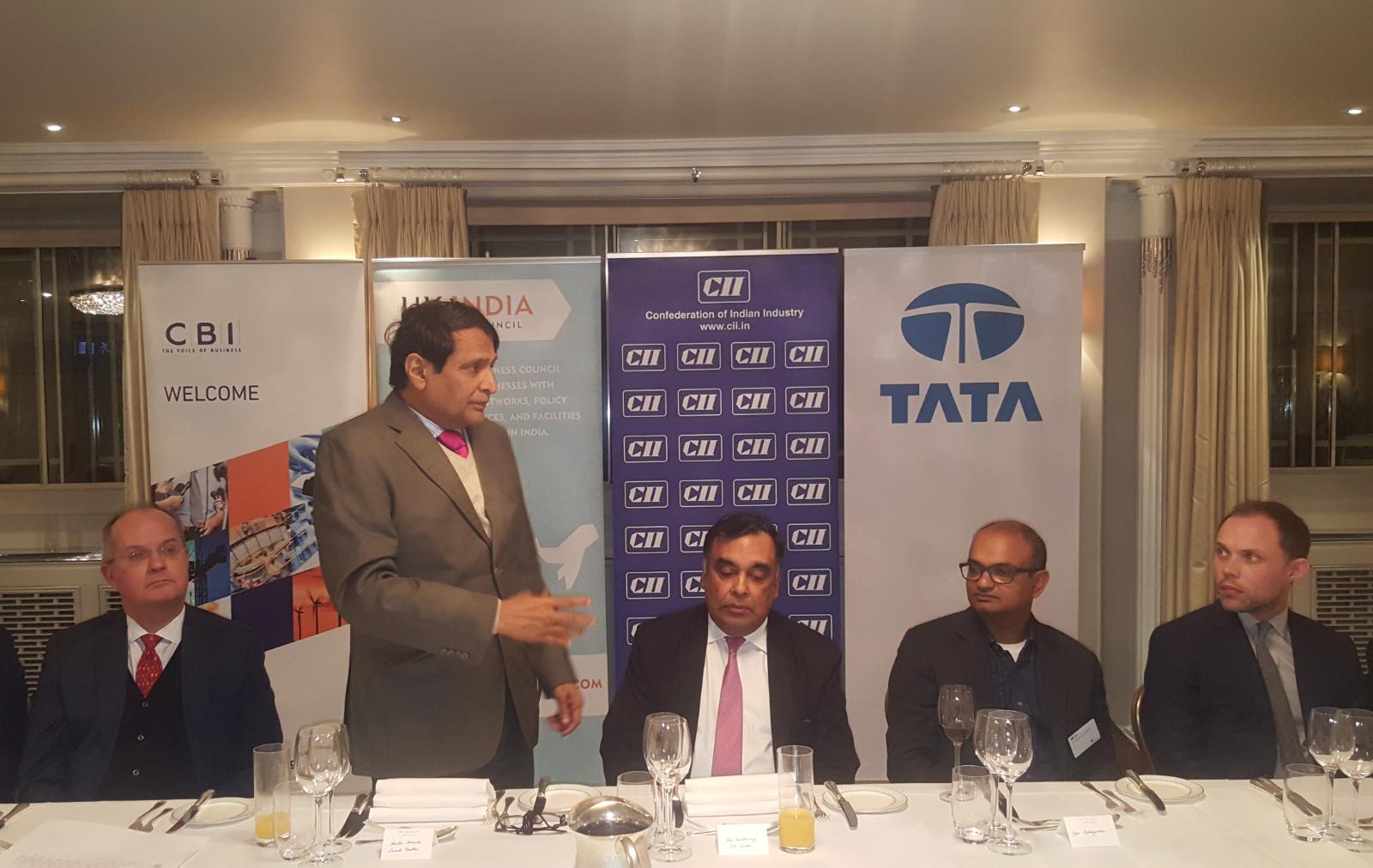 As a precursor to the PM’s visit, he held bilateral talks with his UK counterpart, minister for international trade Liam Fox, under the aegis of the India-UK Joint Economic and Trade Committee (JETCO) meeting in London. He revealed that the UK had expressed a growing interest in India’s growth story and that India-UK ties were “very strong and equally balanced from both sides”. A Joint Trade Review conducted by both countries will now form the basis for the work of the India-UK Joint Working Group on Trade, established to remove hurdles in the path of a post-Brexit free trade agreement (FTA).

“India is on track to grow faster and these talks were extremely forward looking but much more needs to be done. However, we have begun the year on a very good note,” Prabhu said.

During ministerial discussions, India also raised its concerns over the mobility of its professionals and reducing “prohibitive” visa fees and called for a scheme which would allow Indian professionals to apply for a six-month UK visa and get access for two years.

“The services sector has to be present on the ground to provide services and visas create lots of issues for professionals. We stressed on the difference between mobility and migration and I am sure of a positive outcome,” Prabhu said.

On the bilateral front, the minister also revealed the setting up of a new special cell within Invest India to encourage UK companies do business in the country and a planned joint event on start-ups to be held in India in March. Energy and advanced manufacturing sectors were highlighted as some of the focus areas for what Prabhu has declared a “new industrial revolution”.

Highlighting that India has now revived the stalled talks on a free trade agreement (FTA) with the European Union (EU), the minister made it clear that India does not intend to take any sides in the UK-EU clash over Brexit.

“The decision the EU and Britain have taken as a result of the referendum is between them. We are friends with both and hope for a very good outcome and good relations. Even divorces can be mutually agreed and we hope this divorce is not very acrimonious and both sides part on a happy note,” he said.