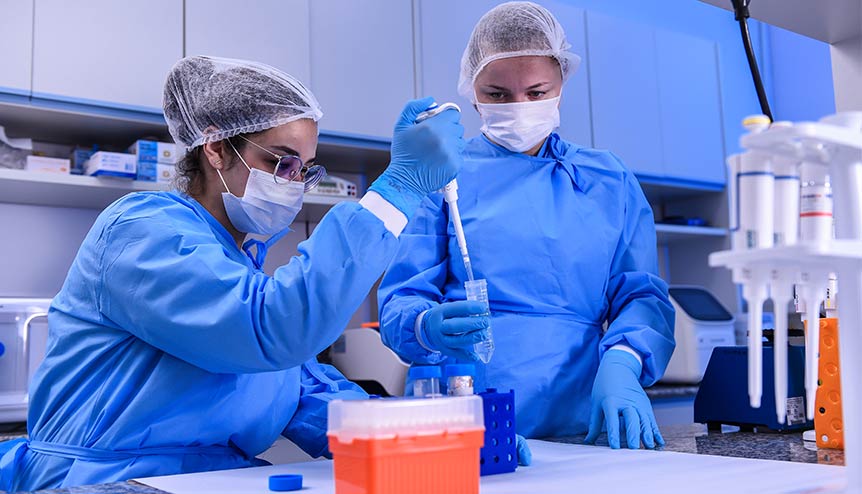 A flurry of new joint research projects between some of the leading educational institutions in India and the UK hold out great promise for the world in the field of antibiotic research.

Indian and British experts have clinched £1.2 million of joint Indian and UK funding to explore the role played by India’s rivers in increasing antimicrobial resistance (AMR). This joining of forces by scientists from the Indian Institute of Technology (IIT) Hyderabad and the University of Birmingham will investigate the impact that releasing antibiotics from manufacturing plants into India’s waterways has on the spread of potentially fatal drug-resistant infections.

The project, supported by UK Research and Innovation’s (UKRI) Fund for International Collaboration (FIC), is part of a wider £8-million package of UK and Indian government backed research aimed at deepening existing scientific research collaboration with new programmes to tackle AMR that could lead to important advances in the global fight against antibiotic-resistant bacteria and genes. 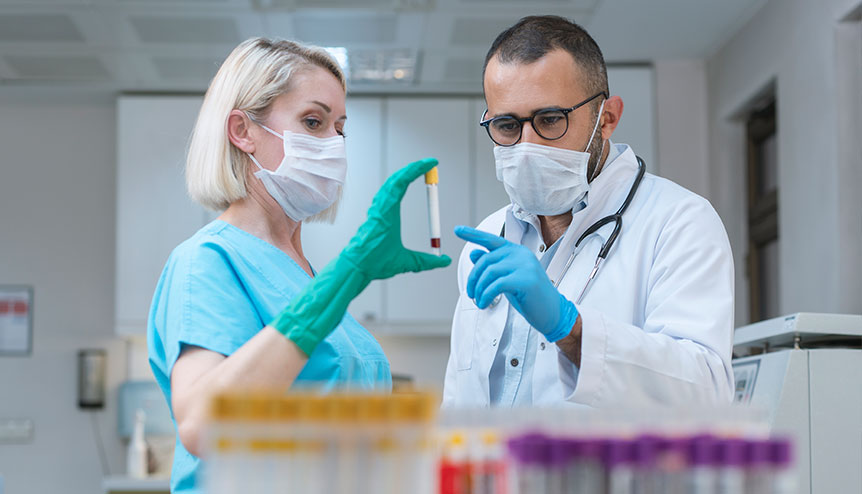 The new reserch between UK and India will explore how far resistant bacteria travel before they die in a unique combination of experiments, field sampling of resistance dynamics and water flows.

An estimated 58,000 babies die in India every year from superbug infections passed on from their mothers, whilst drug resistant pathogens cause between 28,000 to 38,000 extra deaths in the European Union (EU) every year. As part of the new project, experts will sample and model two contrasting river networks in India – the Musi river in Hyderabad, which has high concentrations of antibiotics released from production facilities, and the less polluted Adyar river in Chennai.

Dr Jan Keft, the UK project lead from Birmingham University, said: “We don’t know how quickly antibiotics are degraded in the environment and how much they are diluted by rainfall and by entering larger rivers.

“In our AMRflows project, we will learn how antibiotics from manufacturing and the resistant bacteria they select will flow through river networks and how far they can be transported in rivers, from where they can spread onto fields and into communities during floods – allowing us to make a quantitative risk assessment to help create environmental standards for safe concentrations of antibiotics in water bodies.”

The team aims to learn how far resistant bacteria travel before they die or are eaten by other organisms in a unique combination of experiments, field sampling and mathematical modelling of resistance dynamics and water flows.

Professor Shashidhar Thatikonda from IIT Hyderabad, who is the project lead on the Indian side, explained: “We know from previous research that the River Musi is now a factory of superbugs. Modelling water flows will be crucial in predicting the fate of resistant bacteria in the environment and we aim to create models that will be applicable in other rivers and countries.

“The recommendations we will produce will help bring down the levels of resistance in the environment. This will contribute to reduce the abundance of resistant pathogens that make infections untreatable.”

“Further, it combines studies at various scales, ranging from the genetics of resistance gene exchange to metagenomics to micro- and macro-scale numerical modelling, which to our knowledge, has never been done before.” 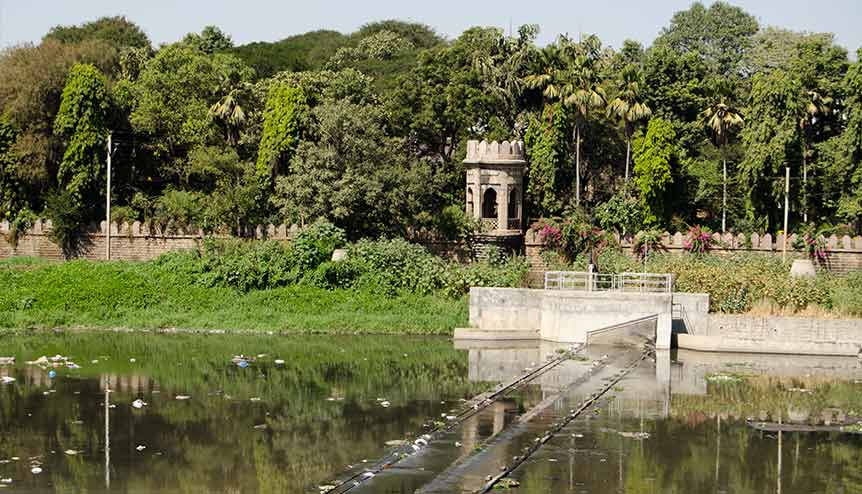 Experts will sample and model two contrasting river networks in India – the Musi river in Hyderabad(pictured above) which has high concentrations of antibiotics, and the less polluted Adyar river in Chennai.

The scientific advances will also allow the team to compare the effectiveness of different interventions, such as separate treatment of waste streams from manufacturing of antibiotics, decentralised sewage treatment or containment reservoirs.

And, this is where another major UK-India academic collaboration comes in – the SELECTAR project, which also includes experts from the University of Birmingham as well as the University of Leeds, Aligarh Muslim University, Panjab University, CSIR-Central Drug Research Institute, in Lucknow, Indian Institute of Technology (IIT) Delhi, Jamia Millia Islamia University, in Delhi.

Most of the world’s antibiotics are produced in Indian pharmaceutical factories – either by chemical synthesis or growing vast numbers of the micro-organisms which naturally produce them. Either method generates large quantities of waste, potentially containing active antibiotics and chemicals which may be toxic to bacteria and other cell types. This waste goes through treatment plants before being released into the environment.

Waste generated by India’s drug manufacturing industry could be damaging environmental bacteria and creating “superbugs” that are resistant to antibiotics – prompting the new UK-India scientific intervention. The joint British and Indian research team will work to investigate the impact of waste release on microbial ecosystems – determining how much active antibiotic is released and which other potentially toxic chemicals are contained in the waste that may affect bacteria. 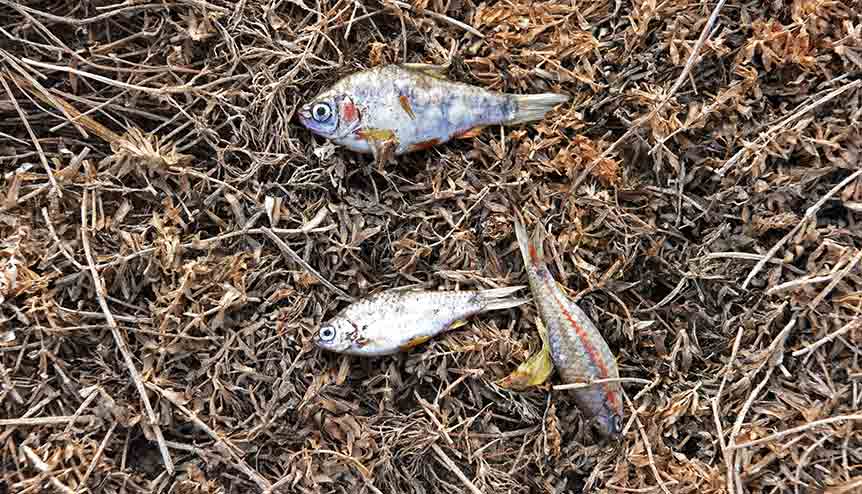 The research will examine the waste to determine exactly how much active antibiotic is released but also which other potentially toxic chemicals it contains that may affect bacteria.

The SELECTAR project, backed by over £790,000 of funding also from UKRI’s Fund for International Collaboration, will sample environments into which antibiotic production waste is released, and compare them to pristine environments.

Project lead Professor Alan McNally, from the University of Birmingham, explained: “Without antibiotics we are unable to treat the majority of infectious diseases and chronic infections. Antibiotics prevent the deaths of patients suffering from respiratory diseases such as CF and COPD, and are the corner stone of treatments for cancer and leukaemia.

“However, manufacturing these wonder drugs generates waste which is treated before being released into the environment, creating an enormous potential issue. Put simply, the more we expose bacteria to antibiotics the more likely they may be to evolve resistance to the drugs meaning they can’t be used to treat infections.

“We desperately need to know exactly how much the release of antibiotic production waste leads to increasing antimicrobial resistance, which could ultimately plunge medicine back into the dark ages.”

The experts will carefully examine the waste to determine exactly how much active antibiotic is released but also which other potentially toxic chemicals it contains that may affect bacteria. They will also test the ability of these chemicals to create resistant bacteria, as a consequence of them trying to avoid chemical killing.

Professor Iqbal Ahmed, of Aligarh Muslim University, noted: “Release of waste from the manufacturing process creates an enormous potential issue in India and beyond, as the more we expose bacteria to antibiotics the faster they evolve resistance to the drugs meaning they can’t be used to treat infections.

“Our approach will allow us to determine exactly what effect the waste has on the microbial ecosystem; does it kill all beneficial bacteria to only leave harmful resistant bacteria alive.”

Both these promising academic collaborations, focussed on a combined UK-India approach to finding solutions to very complex global issues, reflects just the sort of “force for good” bilateral agenda that both sides have recently been highlighting on international fora, including during India Global Week 2020.