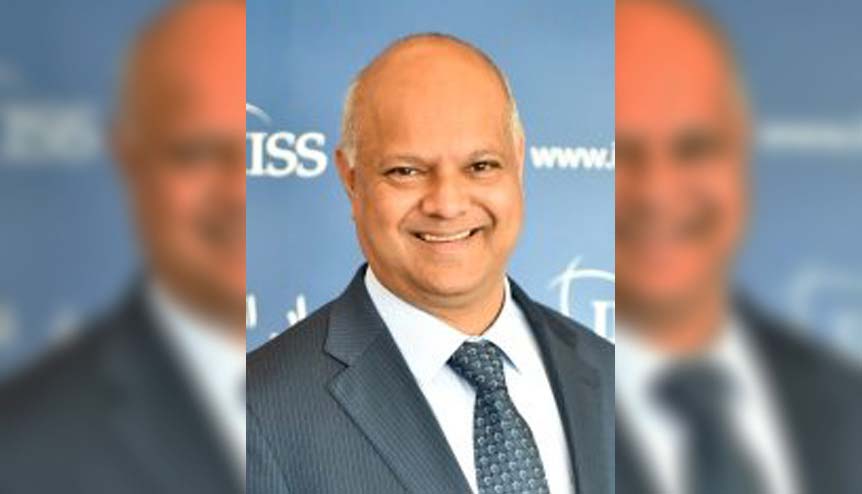 A strategic expert writes on how a transformative bilateral relationship between India and Britain will require greater convergence on maritime security.

In post-Brexit UK, economic and foreign policy seeks to be independent of the EU with the ambition for a ‘Global Britain’. As a rising great economic power, India will become a key focus of the UK’s revised ‘prosperity agenda’, along with the US, Australia, Japan and New Zealand. But, India’s increasing strategic influence also provides new opportunities for engagement with the UK’s post-Brexit ‘security agenda’. Cooperation on maritime security, especially in the Arabian Gulf region and the western Indian Ocean, lies at the heart of such an agenda.

For too long, India-UK relations are perceived through the prism of trade and investment, alongside a recent focus on the British Indian diaspora community. This neglects a key component of India’s prime minister Narendra Modi’s ‘new India’, as a self-confident and assertive regional strategic player. The Indian Ocean has now become an essential part of India’s ‘immediate and extended neighbourhood’ as well as a foreign and security-policy priority emanating from its ‘neighbourhood first’ policy.

With higher economic growth fuelled by greater energy consumption, India is dependent on the Indian Ocean for both trade and energy. Over 90% of India’s foreign trade by volume and 70% in value terms is seaborne, accounting for approximately 40% of India’s GDP. In March 2015 in Mauritius, Modi expressed a five-pronged vision for the Indian Ocean, named Sagar (Security and Growth for All in the Region) (meaning lake), including safeguarding India’s territories and interests as well as maintaining its role as a provider of ‘net security’ in the Indian Ocean.

The Gulf region, moreover, accounts for nearly two-thirds of India’s oil imports or nearly 60% of its total oil demand. An estimated 8.5 million expatriate Indians live and work in the Gulf, providing over $40 billion or approximately 55% of India’s total foreign exchange remittances annually. As a result, the Indian navy regularly carries out ‘mission-based deployments’ in the area, exercises bilaterally with Gulf navies and builds cooperative bilateral defence and security partnerships in the region. 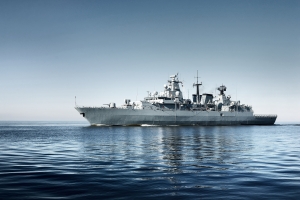 It is not well known that 80% of the UK’s natural gas imports, a key component of its energy security, pass through Indian Ocean sea lanes. To build on its own strong bilateral trade, political and security links in the Gulf, the Royal Navy now has its first permanent naval support facility in Bahrain, opened in 2018, over 50 years after its withdrawal ‘east of Suez’. This is in addition to its Maritime Component Command in Bahrain. Royal Navy ships operate in the region independently or under multinational frameworks such as the EU naval force Operation Atalanta for counter-terrorism and counter-piracy operations. Since 2001, the UK Maritime Trade Operation (UKMTO) office in Dubai has also provided information to shipping and is a first point of contact in the event of piracy that is available to any flag.

The UK also maintains sovereignty over the British Indian Ocean Territory (Diego Garcia) in the Chagos archipelago, with its joint US/UK facility supporting regional operations, including the prevention of human trafficking and countering narcotics and terrorism. While this is a controversial political issue in India, its strategic dimensions for India, including the provision of UK membership of the Indian Ocean Naval Symposium (IONS) (alongside the UK’s dialogue partnership of the Indian Ocean Rim Association (IORA)), cannot be ignored.

Yet, more needs to be done bilaterally to enhance the safety and security of shipping in the Gulf and the western Indian Ocean. To be most effective, these policy initiatives need to be ‘deep and narrow’ rather than ‘shallow and broad’. The Konkan exercises, currently limited to one ship on each side, needs to be expanded and made more complex; the maiden deployment of the new UK aircraft carrier Queen Elizabeth and its strike group in the Indian Ocean in 2021 provides such an opportunity. Both navies could cooperate bilaterally on specific anti-piracy patrols off the Gulf of Aden rather than separately as is the current norm. Their unique privileged access to the strategically located Duqm port in the Sultanate of Oman (where the UK opened its logistics support base in in 2018) provides significant joint opportunities, including exercising together in the area as well as multilaterally with the US or/and other regional navies of the Gulf. Indian naval access to the UK’s Bahrain base would be useful. Naval technology transfers and warship building, focusing on aircraft carrier capability, could be enhanced, as could maritime domain awareness to counter maritime terrorism and the joint pursuit of an international rules-based system, including the law of the sea and freedom of navigation and overflight. Both countries could, along with select Gulf member states, seek to enhance the effectiveness of and coordination between the IONS and the IORA for maritime security and safety. Recent bilateral political consultation on Sri Lanka and the Maldives could be strengthened through mutual Commonwealth linkages. High-level naval-to-naval bilateral meetings and visits should be encouraged.

Amidst growing geo-strategic competition in the Indian Ocean, both India and the UK have further opportunities for a convergence of interests. This can take place despite differing regional security perceptions. There is therefore a need for a ‘track 1.5’ bilateral maritime security dialogue that can help facilitate the sharing of emerging strategic perspectives post-Brexit and provide pragmatic policy-relevant recommendations for furthering maritime security cooperation in the Gulf and the western Indian Ocean.