India-Sri Lanka cut through the clutter to set robust bonds

India-Sri Lanka cut through the clutter to set robust bonds 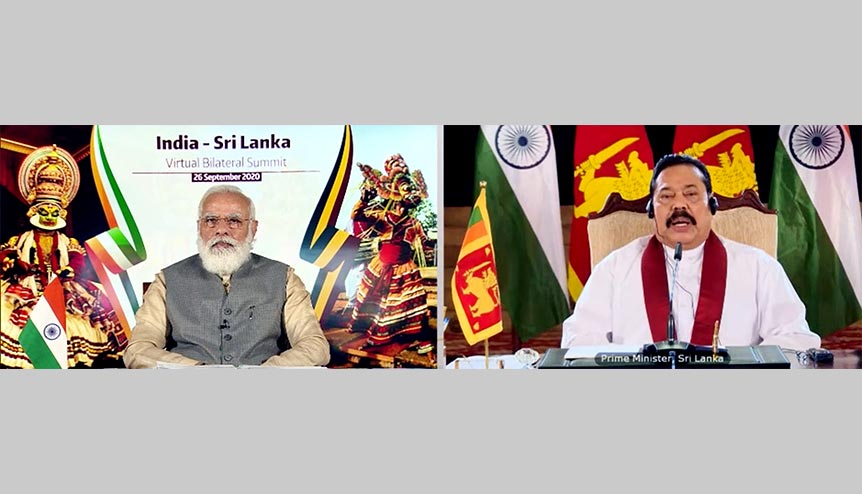 India and Sri Lanka held their first virtual summit in the post-pandemic era and in the aftermath of Sri Lankan Prime Minister Mahinda Rajapaksa’s landslide electoral victory last month. True to form, Sunday’s summit did not shy away from contentious topics that have for long swirled in the shadows even as there was much talk of shared history and brotherhood. 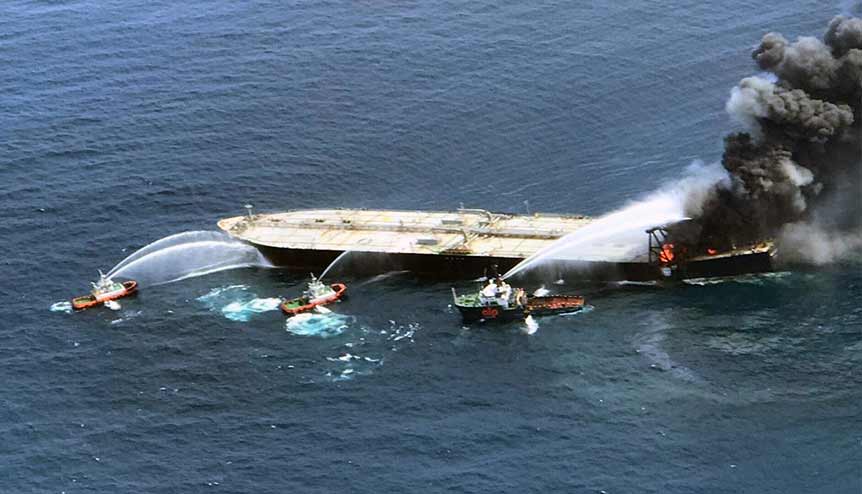 Indian Coast Guard trying to put out the fire which broke out on a Sri Lankan oil tanker. The Indian navy and coast guards that patrol the neighbouring area were the first to help in carrying out rescue efforts.

Events in the recent past provided a good foundation for the summit. On September 3, a Greek-owned oil tanker caught fire in Sri Lanka’s eastern coast and the Indian navy and coast guards that patrol the neighbouring area were the first to help the island nation in carrying out rescue efforts by sending firefighting chemicals. Like many other countries around the world, India has also been using its clout as the pharmacy of the world in helping out Sri Lanka with medical supplies to fight the coronavirus pandemic. In April, a 10-tonne consignment of essential medicines, including hydroxychloroquine (HCQ) and paracetamol was sent.

Respective state visits to India by Sri Lankan President Gotabaya Rajapaksa in November 2019 and Mahinda Rajapaksa himself in February 2020 also offered good tidings of relations improving between the two nations.

A new chapter in bilateral bonhomie 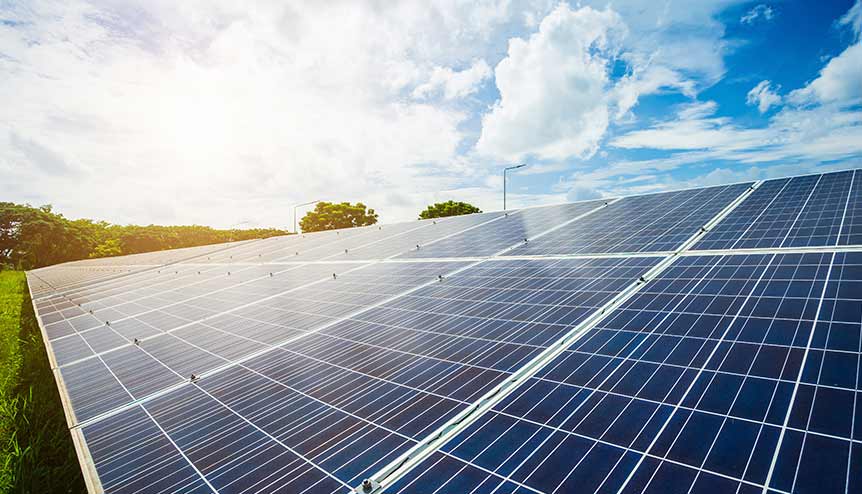 On the back of the summit, India has offered Sri Lanka a line of credit worth $ 100 million for three solar projects in addition to $ 400 million extended to boost infrastructure development in the island last year.

“The relations between India and Sri Lanka are thousands of years old. According to my government’s neighbourhood first policy and SAGAR doctrine, we give special priority to relations between the two countries,” said Prime Minister Narendra Modi at the summit.

“People of both countries are looking at us with renewed hope and enthusiasm. I am confident that the strong mandate you have received and the strong support your policies have received from Parliament will help us progress in all areas of bilateral cooperation.”

This was Rajapaksa’s first diplomatic engagement after the election victory and he referred to the fire incident on the high seas to highlight how close the two countries have been.

“The operation to douse off the fire on MT New Diamond ship provided an opportunity for greater cooperation between the two countries,” he said.

Glad to announce $15 million grant to promote Buddhist ties between India & Sri Lanka. Lord Buddha’s teachings have continued to guide us for ages. India would be delighted to host Buddhist pilgrims from Sri Lanka on the first inaugural flight to Kushinagar International Airport.

The tangible results of the summit included India offering a line of credit worth $ 100 million to Sri Lanka for three solar projects, a grant of $ 15 million for promotion of Buddhist ties between the two nations including an inaugural flight to Kushinagar. This is on the back of $ 400 million line of credit that India extended to boost infrastructure development in the island during President Rajapaksa’s visit last November. Another $ 50 million line of credit had also been extended to combat terrorism while the big housing project through which over 50,000 houses have been built with aid from India is the signature programme of the bilateral humanitarian relationship that the two nations share.

More importantly, the summit broached touchy topics like implementation of the 13th amendment that would allow reconciliation of Tamil community in Sri Lanka, concerns regarding Indian fishermen entering Sri Lankan waters on a regular basis, and the stalling of the East Container Terminal Project. India has been lobbying for Sri Lanka to address aspirations of the Tamil community and complete the process of reconciliation with the amendment. An emotional topic for India, it would signal the closure of the long festering issues between the Sinhalese and Tamil communities of the island and negate the biggest issue of contentious between the two neighbours.

Prime Minister @narendramodi and I held a very successful Virtual Summit today to exchange views on the #SriLanka – #India bilateral cooperation. We both agreed to continue the two-way dialogue to further advance the centuries-old, robust relationship between our two countries. pic.twitter.com/9FNV2IbIj7

“Prime Minister Mahinda Rajapaksa expressed the confidence that Sri Lanka will work towards realising the expectations of all ethnic groups, including Tamils, by achieving reconciliation nurtured as per the mandate of the people of Sri Lanka and implementation of the Constitutional provisions,” said the joint statement from the summit. 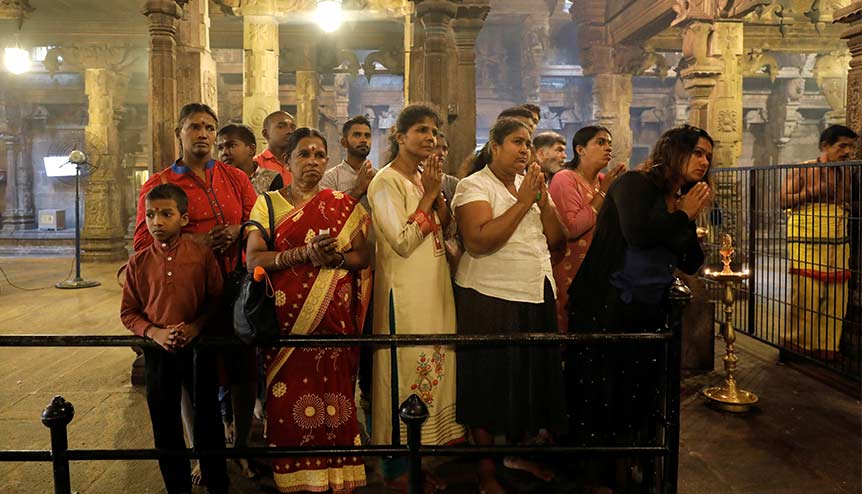 Tamil devotees pray during the Tamil harvest festival of Thai Pongal in Sri Lanka. The summit broached sensitive topics like implementation of the 13th amendment that would allow reconciliation of Tamil community in Sri Lanka amongst others.

Similarly, India agreed to look at the fishermen issue from a humanitarian angle and address it expeditiously through bilateral channels. The East Container Terminal Project which is a trilateral project between Sri Lanka, India and Japan and was put on hold by President Rajapaksa in the light of objections from certain sections in the country, is likely to fester for a bit longer. While India sought an early resolution to the stand-off, no commitments were forthcoming from the other side.

After drifting apart in the middle of last decade when China sought to deepen its ties with Sri Lanka, the big takeaway from the summit was that the course correction has progressed smoothly. Both countries now have developed enough confidence to once again discuss the contentious topics with each other.