India must not wobble on its EV ambitions

India must not wobble on its EV ambitions 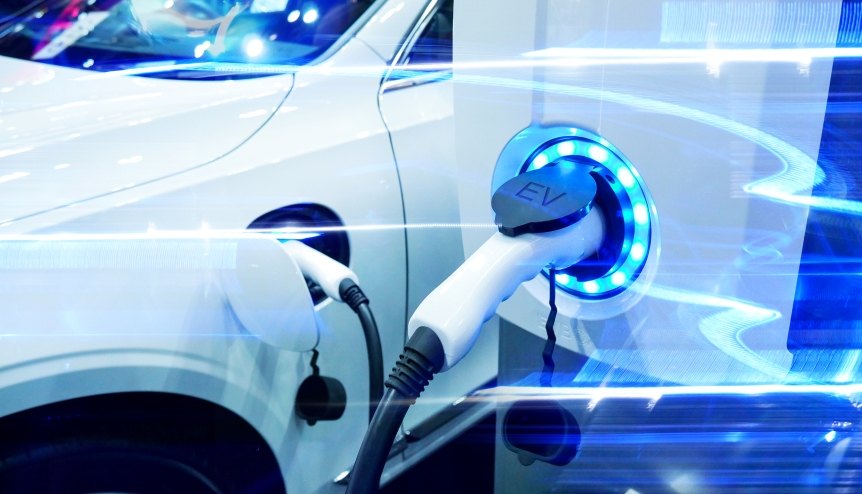 India must stay the course on its Electric Vehicles ambitions, as the future economic and environmental stakes are much, much higher writes India Inc. CEO and Founder, Manoj Ladwa.

Electric vehicles present the Indian government with a difficult choice. With 14 of the world’s 20 most polluted cities being in India, the temptation to push for early adoption of EVs, and thus, reduce the concentration of tail pipe emission in India’s urban centres is huge.

Then, India imports 84 per cent of its crude oil needs and paid a mammoth $111 billion in 2018-19 to oil producing countries on this account. According to a study by Nielsen for the Ministry of Petroleum & Natural Gas, 70 per cent of diesel and 99.6 per cent of petrol is used by the transport sector. This accounts for about 40 per cent of all oil imports. If the adoption of EVs reduces India’s dependence on imported oil, the country’s balance of payments and current account deficit will improve significantly.

But the flip side of the argument is just as strong. India’s automobile industry accounts for more than 40 per cent of the country’s manufacturing GDP and employs 37 million people. And the $55-billion auto components sector, which employs three million people, could face a severe strain on nearly half of its revenues that come from conventional vehicle components and internal combustion engines (ICE).

Chance to take the lead

The EV sector offers India a chance to take the lead in a new technology that still doesn’t have any industry heavyweights anywhere.

We are still at the early stages of the 4th industrial revolution where AI and machine learning will be central to success. This includes technology for clean cars and here, India can leverage its dominant position in IT and as an R&D hub for global technology companies, and to steal a march over other countries in EV technology.

Presenting the first Budget of the Modi 2.0 government, India’s Finance Minister Nirmala Sitharaman recommended a cut in the tax on EVs to 5 per cent from 12 per cent. She also announced an income tax deduction of about $2,100 on the interest paid on the loans taken to purchase electric vehicles. Then, she also exempted some EV components from customs duties.

These Budget proposals are in addition to the $1.5 billion the government had previously allocated to the programme for rapid adoption of EVs in India.

There are, however, significant economic hurdles in the path of the government’s plans.

Its mandate to leapfrog from BS IV to BS VI norms, which decrees improved emission norms, has led to an investment of more than $10 billion by the automobile industry, which needs time to recoup this investment.

A rapid transition to EVs will face stiff resistance from these established players. Talk of early adoption of EVs hurts it by reducing the terminal value of used cars – an important consideration in vehicle purchase decisions in a market like India. There will be short term disruption in the form of job losses as existing supply chains are rendered redundant.

But I strongly feel India must still stay the course on what is clearly the future.

By 2040, almost 60 per cent of all vehicles sold and about three out of every 10 passenger vehicles sold globally will have electric power trains, says a report by Bloomberg New Energy Finance (NEF), and this could reshape the world’s industrial order.

For example, Ford Motor Co made Detroit the world’s auto capital in the early 20th century, a position it retained till the global financial meltdown of 2008. And the US remained the world’s biggest car market through the 20th century.

But that can change very quickly if Chinese companies such as BYD and SAIC, which are leading the charge of mass market EV brands globally, along with companies such as Hyundai, Nissan and PSA Group, can remain ahead of the innovation curve. Incidentally, BYD is the world’s largest EV maker and Chinese EV sales galloped 62 per cent to 1.3 million units last year.

Cost a factor in India

Despite the government’s enthusiasm, EVs are still in their infancy in India. A PwC report says two wheelers and three wheelers make up 16.4 per cent and 83 per cent of India’s fleet of 760,000 of such vehicles. Four wheelers make up less than one percent of the fleet.

The primary reason for this price. For example, ICE versions of Maruti Wagon R, an entry level hatchback from Suzuki Motor Corporation’s Indian subsidiary costs $6,000-8,100. The company plans to launch an electric variant of the car next year at $17,000.

This will naturally affect demand in a country where 55 per cent of all four wheeler sales take place at price points of less than $8,000.

Despite the constraints imposed by costs, Indian industry – from the likes of Tata Motors, Mahindra & Mahindra, Hero MotoCorp, besides multinationals like Maruti Suzuki, are all betting big on EVs. Several start-ups, too, have pitched their tents in this space, hoping to grow with the industry that is still in its infancy.

… the dragon marches ahead

But that is easier said than done. For one, China has stolen a march in the manufacture of lithium ion batteries that power EVs. It has also cornered most of the lithium cobalt mines globally. A large chunk of the remaining mines are owned by western MNCs, leaving very little for India.

Some experts fear that unless India thinks its EV strategy through, electric vehicle adoption could make India a dumping ground for Chinese components – as is the case with solar panels and mobile phones.

Taking into account all these issues, the government’s official think tank, Niti Aayog, has proposed that “India should foster early adoption of vehicles by premium customers, which will pave the way for consumer comfort with electrification, raise aspirations for indigenous products and make advanced technology available in the market.”

It is only after this stage that India should look to “establish technological and manufacturing leadership in the economy segment of the market.”

The report, which advocates customs duty and other breaks for EVs, says: “Beyond significant domestic demand for smaller vehicles, another aspect of the Indian mobility market is supportive of electrification: its high level of sharing. Shared mobility in India has exploded, changing the way India travels…. radio taxis to account for 72 per cent of the overall market. This high penetration of shared mobility in India increases both vehicle utilisation, which plays to the economic advantages of EVs, and also creates natural and large-scale purchases of EVs.”

India’s till recently booming automobile sector, which has made the country the small car hub of the world, is reeling the biggest slowdown in two decades. Auto sales slumped 19 per cent in July. Passenger vehicle sales dived even more, by 31 per cent. This has put one million jobs at risk in a sector that has already seen thousands of job losses in recent months.

In a recent meeting with Indian Finance Minister Nirmala Sitharaman, the sector sought a reduction in the GST rate from 28 per cent to 18 per cent and some other incentives to pull itself back on track.

As I said, the government faces a difficult choice: if it refuses to entertain these bailout pleas, it runs the risk of the contagion spreading to other sectors. If is does lend a helping hand, it will have to come, at least partially, at the cost of early EV adoption.

Whichever way she leans, India must not let its EV ambitions wobble, as the future economic and environmental stakes are much, much higher.