India makes firm strides on women in the workplace 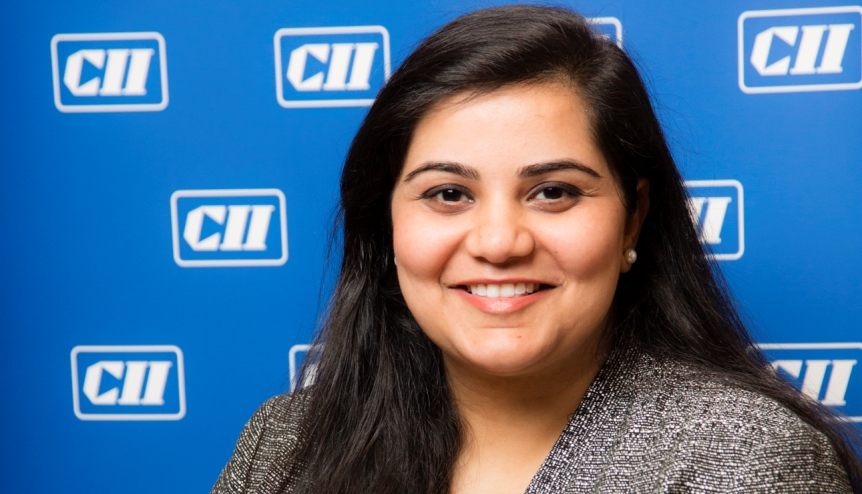 Against the backdrop of International Women’s Day on March 8, an Indian industry expert weighs up the role of women in the workplace in order to achieve women’s economic empowerment.

According to UN Women, when more women work, economies grow. The McKinsey Global Institute (MGI) finds that $12 trillion could be added to global GDP by 2025 by advancing women’s equality. Even after decades of progress towards making women equal partners with men in the economy and society, the gap between them remains large.

India has made strides in advancing women in the workplace; the year 2017 especially has been a transformational year. We have a record number of women in the Indian government today, including the first female Minister of Defence, Nirmala Sitharaman. Though at six out of 27, we have some way to go. A little-known fact to highlight: in April 2017, all Chief Justices at India’s four major High Courts (Delhi, Bombay, Calcutta and Madras) were women. While men may jeer at our driving skills, India boasts the maximum number of pilots, with 12 per cent female commercial pilots against a global average of 5.5 per cent.

Dr Neelu Rohmetra became the first woman ever to head an Indian Institute of Management (IIM). Dr Tessy Thomas, the ‘Missile Woman of India’ hailed ‘Agniputri’ broke Twitter as the first woman to head an Indian missile project. Indeed, we welcomed Ms Shobana Kamineni as the first female President of the Confederation of Indian Industry (CII) in its 123-year history! If you are in need of more inspiration, I highly recommend ‘First Ladies’, a remarkable publication of India’s Ministry of Women & Child Welfare.

No doubt, there are tremendous systemic constraints and challenging social norms in India which inhibit the full and equal economic participation of women. At 17 per cent, India has a lower share of women’s contribution to GDP than the global average of 37 per cent, which is the lowest among all regions in the world. India stands to gain the most with the potential of bringing an additional $2.9 trillion to annual GDP in 2025 by fully bridging the gender gap in the workplace, which is 60 per cent higher than business-as-usual!

Aren’t we all guilty of disempowering women at some stage? From taking domestic work for granted, to encouraging women to be risk-averse, selecting male colleagues for leadership roles, being indifferent to gender pay gaps, commenting on women’s appearance and attitude instead of their work, and so on. Every bias contributes to an ever-widening gender gap.

But there isn’t a “silver bullet” to close this gap. There is an important role for government, business, civil society, academia – and women, themselves – to effect change. A recent meeting I attended at Wilton Park, a think tank of the UK Foreign & Commonwealth Office (FCO), looked at creating an enabling environment through strategic initiatives and partnerships and focused on three areas for impact: opportunities for financial, digital inclusion and entrepreneurship for women-owned and women-led enterprises; addressing adverse norms, discriminatory beliefs and limiting practices that affect women’s economic participation; and the unrecognised care economy.

Today, drawing from the depth of knowledge and insights of more experienced women and mentors, I can now reflect that the business community has a huge role to play in bridging this gap. Indicators suggest that gender parity at work influences and enables greater parity in society. The first step in this challenge is recognising that this is not a “women’s issue”. Rather, this is a business issue, an economic issue, a social issue, a local, regional, national and a global issue. You don’t need a huge infrastructure or a women’s division to bring about a more level playing field. Here is an attempt to distil some thoughts for practical, business use.

So, what can we do? How can we learn and adopt best practices to enable, encourage and empower women in business? Where are our role models? And on the ground-level, what can businesses do? Apparently, a lot.

About the Author: Shuchita Sonalika